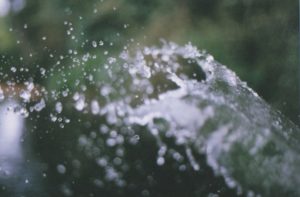 Our guests at the baptism on Sunday agreed, all of our friends and family, many of whom simply don’t care for church or really can’t stand church or usually wouldn’t be caught dead in a church, but all of them, all of them agreed: Yes, what a beautiful cathedral, and wasn’t the choir amazing, and the liturgy, all of it so rich, and well, honestly some of the prayers about renouncing Satan were kind of weird, and everyone drinking from the same cup (yick!), and the kids were whisked away to children’s chapel after hearing that they were going to watch The Lego Movie, only to find out they’d been duped into watching A Lego movie, this one a YouTube video about speaking in tongues at Pentecost and merely starring Lego figures, but the kids weren’t too creeped out, no harm done, and soon enough they were brought back into the sanctuary in time to watch all three of my own children receive the holy sacrament of Baptism, which is odd indeed, fair enough, but setting aside all of the troubles with religious belief and churchy shenanigans, at the end of the day it seems to be just one more of many incredible things about water, that mysterious liquid that has been sloshing across the crust of this planet from The Beginning, or if not The Beginning, then at least A Beginning, and it’s in That Beginning some of us say God’s spirit or the evolutionary process or whatever you name the Thread That Seems to Move Through It All somehow hovered over the water and brought forth life, oceans and rivers teeming with life, so much life that life couldn’t help but swim through and crawl out upon the shore and find new forms, including eventually this one form that stands on two legs and holds a child with two arms and hovers the child’s plus-sized noggin over a font so that a priest can splash water and then anoint with oil and pray that the child receives “an inquiring and discerning heart, the courage to will and to persevere, a spirit to know and to love You, and the gift of joy and wonder in all Your works,” and then we light a candle and pray that somehow these hopes for our children—hopes that have existed in a place deeper and older than the mere centuries-old prayers—will be borne out in their lives as they too emerge from this encounter with water and grow and stand and face struggle and find love, and well now, anyway, what the kids were really excited about was not their parents’ deepest hopes, but the parish picnic that had been planned to begin immediately following the service, so when the final hymn was sung and the final prayer was Amen’d, the head priest of the cathedral swung open the side door to release us to the courtyard for hot dogs and a bouncy house and yard games, but instead the doors swung open to reveal the gates of the heavenly firmament opened wide and pouring rain down all over the now-deflated bouncy house and baptizing everything, and the priest’s body suddenly took on the form of the deflated bouncy house, such sad priestly shoulders, and the audible sigh of children filled the room, all God’s people said, “Bummer!” we stood around taking pictures with our newly-watered kids, some folks found their way to Founder’s Hall where the hot dogs and chips had been kept safe and dry, and soon the rains stopped and the sun came out and our friends and family hung around for a while before heading back to our house where we had more chips and beers on the back deck, and the children discovering the miracle of water when you hover Country Time lemonade mix over it and pour and stir, and oh how it fills you with the holy spirit of sugar, thus the kids played hard and chased each other and laughed and had occasional unholy fits and eventually snuck upstairs to play on the old-school Super Nintendo, and the parents laughed and chatted, and one among the fathers had a few too many beers and had to step away for a moment to wipe away some tears of joy and wonder, those pesky tears of joy and wonder that pour down from above, just another miracle of water, is it not?

Andrew Johnson is the author of On Earth As It Is, forthcoming in fall 2017 (Possum Trot). His writing has appeared in Crazyhorse, Guernica Daily, MAKE, Ruminate, Sonora Review, Killing the Buddha, Hobart, and elsewhere. He received an MFA from the University of Missouri—Kansas City and is the director of Pilgrim Center. He lives in Kansas City, Missouri with his wife and three children.

Above image by India, used with permission under a Creative Commons License.