Jeffrey Overstreet wasn’t allowed to watch movies growing up, but his Christian parents did take him to the public library every Friday night. Intrigued by the ads he saw for movies in the daily paper, he started reading the reviews. He discovered film criticism before he discovered films themselves. Morgan Meis’s story is almost the mirror image of Jeff’s. He grew up with lapsed Catholic parents who were suspicious of religion; for them, art was where you went to find truth. But they both longed for deeper friendship. To cope with the loneliness of an isolated childhood, Jeff turned to writing, creating stories of a community of friends. Rather than being led away from Christianity, he found that the arts enhanced his faith. Today he’s an award-winning arts critic, memoirist and novelist. 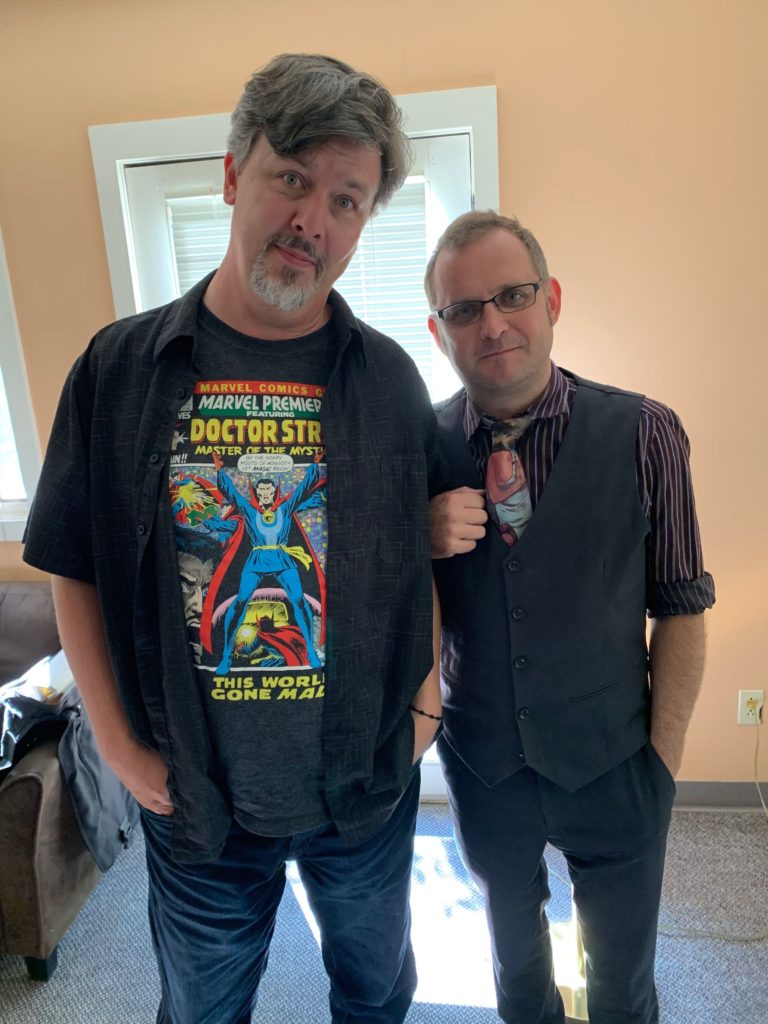 Jeffrey Overstreet and Morgan Meis at the Glen Workshop

Morgan found himself always looking for that something more within the artistic communities he participated in and created. In his 30s, he started going to Catholic Mass, and he found that religious practice enhanced, rather than limiting, his experience as an artist. In addition to writing about art for Image, the New Yorker, and Harpers, he’s a part of a group of urban Franciscans called the New Order of Saint Francis, who serve the poor on the streets of Detroit.

When you meet Jeffrey, in his Dr. Strange t-shirt and jeans, and Morgan, in his three piece suits, they may seem like an unlikely pair of friends. But a shared vision brings them together. They’re also both long-time writers for Good Letters, where Image publishes essays about the intersection of art, faith, and personal experience online. We sat down at the Glen Workshop in Santa Fe to talk about the importance of artistic and spiritual friendships to our work and faith, how both church and friendship have served to break us down and put us back together, and how our favorite films do that too: from Mike Leigh’s Another Year and the documentaries of French filmmaker Agnès Varda to The Muppet Movie.