Image was founded in 1989 to demonstrate the continued vitality and diversity of contemporary art and literature that engage with the religious traditions of western culture. Now one of the leading literary journals published in English, it is read all over the world—and forms the nexus of a warm and active community.

We believe that the great art that has emerged from these faith traditions is dramatic, not didactic—incarnational, not abstract. And so our focus has been on works of imagination that embody a spiritual struggle, like Jacob wrestling with the angel. In our pages the larger questions of existence intersect with what the poet Albert Goldbarth calls the “greasy doorknobs and salty tearducts” of our everyday lives.

Learn more about Image's staff on our Contact page here.

Board of Directors Expand

Subscribers get four quarterly issues plus access to our online archive. Find out more here.

“Just read the last copy of Image on Tuesday. So beautiful. The writing. The design. The art. All of it.”
—Terry Tempest Williams, author of Refuge: An Unnatural History of Family and Place

“Image is the most meaningful literary journal being published today. Each issue brings us back into an understanding that art pierces the surface of our lives to illuminate the soul; that art is, indeed, a redemptive gift from God.”
—Bret Lott, author of Jewel

“This magazine fills a real gap in the area of art and religion, and I am convinced that for many people this journal will be a very important source of better understanding of the deep links between art and religion.”
—Henri J.M. Nouwen, author of Behold the Beauty of the Lord

“You have produced something that is fine, beautiful, and commendable. God certainly is not in need of your help, but if He were to venture an opinion I'm fairly sure that He would smile upon all that you have done. In looking over Image, I confess, I felt a sense of grace, something borne in the air, something wonderfully and almost inexplicably buoyant. My response is to say to you, Kol HaKavod, which means, in Hebrew, ‘All the honor is yours.’”
—Mark Helprin, author of A Soldier of the Great War

“Image is a realistic, valuable, and extraordinarily interesting magazine. Its writing and artwork is simple, direct, and without pretension—like the best of all American writing. It deserves generous support—and applause.”
—Annie Dillard, author of Pilgrim at Tinker Creek

“Reading Image is like entering a room full of unpretentious, smart friends talking about fascinating questions. The magazine is not only beautiful; it's probing, thoughtful, and wise about art, politics, and the life of faith. I need Image, and I'm not surprised so many other people do, too.”
—Jeanne Murray Walker, poet and playwright, author of The Queen's Two Bodies

“Image is a daring project, filled with the highest promise. Our nation's high culture, which is increasingly uncertain about what distinguishes high from low, is perhaps ready to be pointed toward the humane and humanizing understanding of the arts that has been in the past, and can be in the future, nurtured by biblical faith.”
—Richard John Neuhaus, author of The Naked Public Square

“Image is the most exciting new journal I've seen...a beacon, a lighthouse for Christians involved in the arts.... Perhaps, like Eliot's quarterly, it will influence an entire generation. It has that potential.”
—Larry Woiwode, novelist, author of Beyond the Bedroom Wall

Image began hosting the Glen Workshop for artists and writers in Santa Fe in 2000, the same year Mary Kenagy Mitchell joined the team as managing editor and current administrative manager Sara (Jaime) Arrigoni was an intern. Also in 2000, Seattle Pacific University invited Image to make a home on their campus, where it is now located (though Image remains a self-supporting nonprofit corporation).

The Milton Fellowship for postgraduate writers came to be based at Image in 2004. Also that year, Image launched the annual Denise Levertov Award, which honors one artist or writer each year for their body of work. The Glen Online, with web classes for writers at all levels, was launched in 2009. The blog, Good Letters, also began in 2009; Jessica Mesman, one of its original writers, became its editor in 2018. The Image Podcast was first developed in 2017 by Paul Anderson and relaunched in 2019 with Jessica Mesman as editor.

In 2019, Lisa Ann Cockrel, former managing director of the Calvin Festival of Faith and Writing, joined the staff as program director, and Meaghan Ritchey, former associate publisher of Commonweal and director of global community at International Arts Movement, joined as director of marketing and communications.

Every year, we earn about 40% of our income from sales and workshop registrations. About 60% comes from the support of our community.

To learn more about donating
to Image, click here.

With the journal as one of our flagship offerings, Image has grown
to include other programs that support our mission, including the Glen Workshop in Santa Fe, NM.

A week can change a life.

The Glen Workshop, sponsored by Image, began in 1995 as an innovative and enriching week combining the best elements of a workshop, an arts festival, and a spiritual retreat. Twenty years later, the Glen has grown into an annual event featuring nationally acclaimed authors and artists.

Ready to dive in?
We’ve picked these out for you to read... 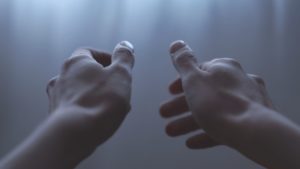 I’m tired of beauty. Or rather, I’m tired of hearing the word “beauty” overused and misapplied. 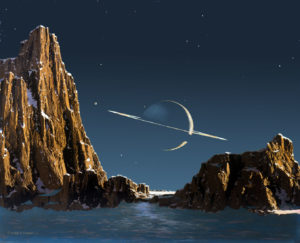 We say we come in peace for all mankind, but we are actually warriors, killers, contaminated by something malign and grievous. But still we come. 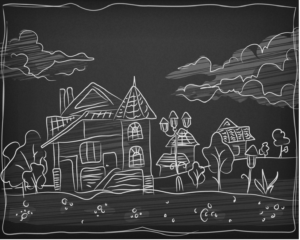 I hear, though, how torn he is: pulled toward something that seems to shame him. I think he half hates himself, and—like many men—he turns self-hatred into the hatred of others, especially women. 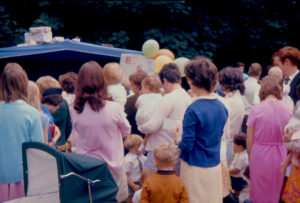 Who Is My Mother, Who Are My Brothers?

This essay will appear in Jesus Girls: True Tales of Growing Up Female and Evangelical, an anthology from Cascade Books, edited by Hannah Faith Notess. ON THE DAY of my baptism, my father stood at the back of the church—hung-over, or quite possibly drunk even at that early hour—and shouted, “Hooray for Sara!” as… 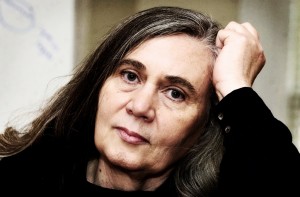 A Conversation with Marilynne Robinson

Marilynne Robinson—unapologetic Calvinist, committed humanist, brilliant writer—is undoubtedly one of the most important contemporary American authors. Born and raised in northern Idaho, she was educated at Pembroke College (now part of Brown University), where she graduated Phi Beta Kappa, and at the University of Washington, where she received her MA and PhD in literature. She… 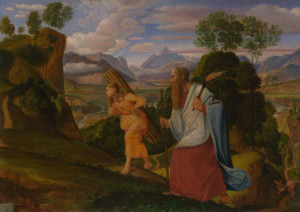 Language and the Act of Faith

This issue includes a special section on language that begins on page 35. For writers and artists concerned with faith, words, though slippery, can be like the air we breathe and the water we swim in: the medium that allows for conversation, makes our common life possible, and shapes all our experiences—even, as the distinguished… 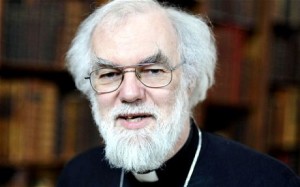 A Conversation with Rowan Williams

Rowan Douglas Williams was born in Swansea, south Wales, in 1950, into a Welsh-speaking family, and was educated at Dynevor School in Swansea and Christ’s College, Cambridge, where he studied theology. After two years as a lecturer at the College of the Resurrection, near Leeds, he was ordained deacon in Ely Cathedral before returning to…