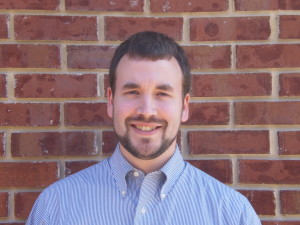 Graham Hillard is a reader of old books. Through a combination of research and imagination, his poems draw out what feels like the secret history and mythology behind the familiar versions—allowing us into the inner lives and tactile experiences of figures from Cotton Mather to prehistoric cave painters to Charon, ferryman of the ancient Greek dead. His poetic voice is lush in imagery but unflashy in diction, with an effect that feels both approachable and polished. Implicit in Hillard’s worldview is that these free-associative parallels—between past eras, between past and present—can reveal something we wouldn’t otherwise know. As he braids reality and myth, ancient and modern history, he is alive to both the beauty and tragedy of human legacy: to what we’ve done to the world and to each other, to our good intentions mixing with unforeseen consequences, and to the tragedy that strangely marks us. Hillard is also editor of The Cumberland River Review as well as an elegant and award-winning writer of creative nonfiction. For readers of his poetry, it’s no surprise that his nonfiction interests are eclectic, ranging from ginger ale to wheelchair tennis to murder trials in his native Memphis.

Some of Hillard’s work is in Image issue 80. Read one of his poems here.

Graham Hillard is the editor of The Cumberland River Review and an associate professor of English at Trevecca Nazarene University, where he teaches creative writing, contemporary literature, and composition. He holds an MFA from New York University, where he studied with Elizabeth Alexander, Stephen Dunn, Edward Hirsch, Galway Kinnell, Phillis Levin, Sharon Olds, and Tom Sleigh. He has written for First Things, The Los Angeles Review of Books, The Oxford American, and other magazines and has contributed poetry to 32 Poems, Puerto del Sol, Southern Humanities Review, and numerous other journals. His investigative feature “A Killing in Cordova: The Trial and Tribulations of Harry Ray Coleman” (Memphis Magazine) was a recent finalist for the Livingston Award for Young Journalists. He lives in Nashville, Tennessee, with his wife and children.

Because I’m terminally unable to commit to a single form of writing, I’m currently working on a number of projects: a feature-length essay on wheelchair tennis, a novel outline, and my poetry manuscript, Sign, Token, to which I’m applying what I hope are the final touches. Push me and I may start churning out librettos and cookbooks. Later this month, and every month for what I hope will be a long, well-funded future, I’ll be meeting with the editorial staff of The Cumberland River Review, the online literary quarterly that I founded in 2012, to make plans for our next issue. In preparation for a sabbatical from my teaching position this fall, I’m cleaning out my desk, literally and psychologically, and looking back on the work I’ve recently finished: essays on The Chronicle of Higher Education’s chat forums and an intensely spicy Southern ginger ale (published by The Los Angeles Review of Books and The Oxford American, respectively); poems that, by the time you read this, will have appeared in The Believer, Birmingham Poetry Review, and Notre Dame Review; an epistolary short story—no kidding—about a misanthropic history professor in 1970s Memphis. Endless dirty diapers aside, it’s a good time to be working.