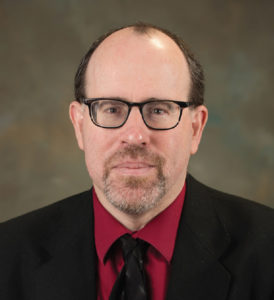 We recently mentioned to a friend—a veteran film critic friend—that we were going to be featuring Ken Morefield as our Artist of the Month and this is what he shot back: “Morefield has proven, over many years of consistent, admirable writing in a variety of publications and communities, to be passionate about more than just guiding readers into a deeper engagement with cinema. He also encourages them toward empathy. He writes, again and again, to spotlight and celebrate cinema that invites us to love our neighbors.” Well, why say something ourselves when someone else says it better? Ken Morefield’s approach to film is eclectic and wide-ranging; his books, reviews, and articles span the whole of film history and move easily from the latest Disney film to the esoteric European art film. His faith inspires his insights but never puts blinkers on his range of vision. In an age of highly charged, politicized discourse Ken Morefield’s generous, empathetic criticism enables us to see how films can connect and transform us.

Ken is a Professor of English at Campbell University. He is the editor of and a contributor to Faith and Spirituality in Masters of World Cinema, Volumes I, II and III (2008, 2011, 2015, Cambridge Scholars Publishing). Other works of note include Jane Austen’s Emma: A Close Reading Companion (Volume I) and contributions to the anthologies Perceptions of Religious Faith in the Work of Graham Greene (2001, Peter Lang) and The Deep End of South Park: Critical Essays on Television’s Shocking Cartoon Series (2009, McFarland). He also contributed the entry on “Christian Fiction” in Books and Beyond: The Greenwood Encyclopedia of New American Reading.  Journal articles include “Searching for the Fairy Child: A Psychoanalytic Study of Babbitt” for Mid-West Quarterly and “‘Emma Could Not Resist’: Complicity and the Christian Reader” for Persuasions. His essay “Spirituality and Movies” is forthcoming in the Routledge anthology, International Handbook of Sprituality and Society (2018).

Ken has written numerous film reviews which have appeared at Christianity Today Movies, The Gospel Coalition, IMAGE Journal, WORLD, Christian Spotlight on Entertainment, The Matthew’s House Project, SCOPE, Looking Closer, and The Cary News. He is a member of the Online Film Critics Society (OFCS), a contributing critic to Indiewire and Rotten Tomatoes, and the founder of the North Carolina Film Critics Association (NCFCA). Ken lives in Fuquay-Varina, NC with his wife, Cynthia, who is a painter.

I am about half way through writing Volume II of Jane Austen’s Emma: A Close Reading Companion. This chapter-by-chapter analysis of Austen’s novel has proven to be a more massive undertaking than I initially anticipated, but, as with all labors of love, the intellectual and professional rewards of undertaking it have been commensurate with the effort.

My academic discipline has become increasingly focused on heavy reserach and the application of ideological templates. I love critical theory – it was one of the emphases of my doctoral studies. But increasingly the primary literary texts get marginalized in academia, too often viewed as simply the forum for where ideological arguments are illustrated and play out. Historically, a liberal arts education is supposed to prepare students not just for their vocation(s), but to live healthy, productive, and fulfilling lives. Close attention to great art doesn’t merely make us culturally literate, it enriches and transforms us.

My intent in beginning the Close Reading Companion series was to illustrate how great works of art reward close scrutiny and how formal analysis is the foundation of almost all important art criticism. The same convictions that inform my academic work also (not surprisingly) influence my film criticism. I’ve adopted the motto “Inconspicuously Christian” for 1More Film Blog, the web home of my film criticism that isn’t freelanced. I say there that “…the Christian faith should influence the way one practices one’s craft, even if the underlying traits that mark that practice as excellent are available to and attainable by those of any faith orientation.”

Whether I am studying literature or film, I enjoy, appreciate, and esteem works that incarnate truths about the human condition. Here is where the roles of teacher, scholar, critic, and artist intersect: we are all learning to speak the truth in love.