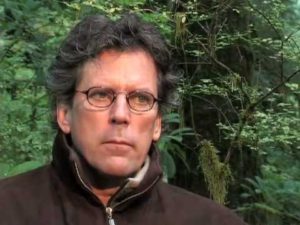 Suffer us not to mock ourselves with falsehood
…And let my cry come unto Thee.

Is it possible to recognize my neighbor’s faults unless I’m similarly wounded? The damnable fruit, after all, comes from a tree of knowledge of good and evil. I can spot a hypocrite because I have been one. To sense the shape of fear means I am afraid. Prejudice is a sickness I know from the inside—all too well.

That’s where my thoughts eventually led me after reading David James Duncan’s short essay, “Cherish this Ecstasy,” anthologized in Best American Essays 2009. The piece clothes his enduring concern for nature and mysticism in quirky, crafted prose. It also briefly targets one of Duncan’s abiding animosities—not the “Fundamentalist Right” this time, but Catholicism.

In a poetic treatment of birds and bliss, Duncan quotes the fourteenth century mystic, Meister Eckhart: “The greater the nudity, the greater the union.” The phrase cries out for context, and not because of its eroticism. (It was Catholicism, after all, that produced Bernini’s “Ecstasy of St. Teresa,” and the saint’s autobiography that occasioned it.)

But what context Duncan provides careens in another direction. Referring to the Avignon Papacy’s authoritarian response to “the too-great-for-Catholics saint [sic] Meister Eckhart,” Duncan says, among other things, that “Rome’s [sic] crimson-beanied finest…clubbed and dissected (Eckhart’s) still-living sermons.” The paragraph unexpectedly flares like a volcanic vent from a hillside, then just as suddenly quenches itself and returns to birds on the wing.

His comments aren’t entirely off base. It’s true Eckhart was misread by fourteenth century Franciscans as badly as he is by twenty-first century New Agers, and Duncan’s historical mistakes or his glossing over nasty Franciscan-Dominican rivalries don’t discredit his argument.

Still, it surprised me how Duncan breaks the flow of his prose for such extraneous, cartoonish invective. It mars an otherwise lovely piece of writing.

I hope my point merits consideration as an aesthetic judgment rather than a sectarian one. As a Catholic, I’m well aware of my tradition’s egregious sins—past and ongoing—so my reading of Duncan needn’t be confused with thin-skinned public overreaction. When it comes to ecclesial history, I’m with the Catholic theologian Romano Guardini who reportedly observed, “The Church is the cross on which Christ is crucified.”

Yet Duncan’s eruption, which seemed to me out of place, got under my skin. What in his words stings me so? A Church semper reformanda requires critics. Not that there’s a shortage of them these days—many justifiably angry—but perhaps public humiliation is the surest road to humility.

To be sure, Duncan’s sudden diatribe participates in a long tradition. One could, in fact, teach a rigorous graduate-level course, “Masterpieces of Anti-Catholicism in English Literature,” reading such texts as John Donne’s “Ignatius His Conclave,” Charlotte Bronte’s Villette, and a good chunk of John Milton, just for starters.

Furthermore, a host of gifted writers—a label I don’t hesitate to apply to Duncan—leavened their work equally with their virtues and prejudices. How then, should we judge the person?

Which is more determinative, for example: ugly caricatures of Jews in T. S. Eliot’s pre-conversion poetry and some of his prose, or Eliot’s cordial working relationship with Jewish publishers, his assistance in resettling of Jewish refugees in the 1940s, and his support of the state of Israel?

Eliot, like G. K Chesterton, immersed himself in a British culture that tolerated and even encouraged casual anti-Semitism, and it’s difficult to separate harsh passage from generous person, letter from spirit.

On this side of the Atlantic, H. L. Mencken celebrated—and was celebrated for—his public loathing for fundamentalist Christians, but he was more circumspect declaring his anti-Semitism, and confined his blatantly racist comments to personal papers. Like Eliot and Chesterton, though, Mencken’s public behavior tells a more complex, contradictory story, with genuine support for individual Jews and African Americans.

Is the problem one of fearing the many while respecting the one? Voltaire and Jung shared a deep antipathy for Jews and the Catholicism while enjoying long relationships with individual Jews and Catholics. David James Duncan, whatever his feelings for the Catholic Church, approvingly quotes Mother Teresa and Saint Catherine of Siena.

I don’t know what to make of all this complexity. It would be easier if the world were simpler, more readily divisible into white and black hats.

In an age of “gotcha” journalism and fashionably brutal satire, it’s almost retrograde to read someone else as St. Ignatius Loyola recommended, “Seek the best interpretation. Presume the good of the other person.”

What part of Duncan’s truth do I need to learn?

Perhaps the persistence of my own prejudices and antipathies, the many aliases of that perpetual demon: fear of the Other. No matter how discreetly I shield the demon’s children from public view, they leer from my windows. How blatantly and how often do they appear in my writing? How often do I mistake indignation for illuminating disclosure? Perhaps you know better than I.

Weighed in the balance of mercy and justice, some—perhaps many—will find me wanting. Should I ask readers to judge this writer by my obscure intentions, the paper-thin veneer of civility, or rather more conspicuous wrath? What justice can I expect when I hold on to mercy like it’s my last dime?

In my better moments, when I hope to write half as well as David James Duncan, I recall the words of Thomas Merton:

instead of loving what you think is peace, love other men and love God above all. And instead of hating the people you think are warmongers, hate the appetites and the disorder in your own soul, which are the causes of war. If you love peace, then hate injustice, hate tyranny, hate greed—but hate these things in yourself not in another.

I pray for such clarity of vision—and for unmerited mercy the many times I fail.