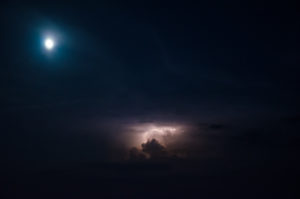 I must confess something.

I don’t know enough about Calvinism to decide if the fact that I am utterly shaped by it—through my lifelong exposure to Presbyterianism, through my Southernness, through my Scotch-Irish Protestant forebears—is a good or a bad thing.

I’ve never read the Institutes. And it’s entirely possible that what I mean when I use the term Calvinism is not so terribly different from some ancient pagan conception of fate. So gentle readers, be warned.

Once in a not so infrequent moment of teenage angst, I asked my dad whether God caused us to act or whether we acted out of free will. He simply said, “Yes.”

For most of my life I’ve found my dad’s response to me sufficient. God is active. Yet somehow we also move freely and make choices. And maybe that’s why, among other reasons (the most prominent among them being a near allergic backlash on my part to the soul-killingly cerebral dialogues about these issues in which I have often engaged), I have not formulated any hard and fast intellectual conclusions about Calvin. I’m not really sure I care to.

I know enough of Calvin to know that he paints a God large enough to contain contradictions and paradoxes and well, mystery—a God large enough not be confined to the meritocracy of good and bad faith, to the fickle manipulation of human emotions, and to the necessity of happy circumstances in order to be good in its deepest sense.

And for that reason, I think Calvin will always have a homeostatic resonance for me. He’s my default programming, whether I like it or hate it.

In college, I was a counselor at a Christian camp mostly populated by Southern Baptists, who are, as a rule, not traditionally big fans of John Calvin. However, something in the particular convergence of doctrines and experiences at camp often produced more “Reformed” thinkers than many “Reformed” camps. I’m not entirely sure why.

Over the course of that summer, my friend Drew had a young camper, a boy of about seven, who’d recently survived a Hurricane on the Gulf Coast (this was long before Katrina). As our cabins were fairly flimsy propositions set deep among the towering lumber pines of the Noxubee Refuge, thunderstorms were utterly menacing. You felt wholly exposed to every superheated bolt of lightning.

One night, about three am, we had an awful thunderstorm and even heard tornado sirens. When the frightened boy crept over to sneak into Drew’s bed, Drew said to him, “If God has chosen to let you die tonight, he can take you just as easily out of my bed as he can out of yours. If he’s chosen to keep you safe, then you’re safe either way. Go back to bed.”

And then the boy went back to bed and simply fell asleep.

I don’t want to find comfort in that story. But I do. And I don’t think it’s because I’m a fatalist.

I was not ever the kind of child who was comforted by the promise of God’s special protection over me at night. Even when adults said things to me like, “God’s watching out for you. God will keep you safe,” I would think to myself, even at a really early age, “Um, open your eyes. There’s some bad stuff going down out there for all kinds of people who love God and do everything right. Why am I any different?”

As a thirty-year old woman I once slept through a terrible thunderstorm at my grandmother’s house. With my pillow close to the window and paneled walls, I lay in equal parts lethargy and vigilance, waiting to hear sirens. I was trying to decide if I was strong enough to carry my grandmother, who could no longer walk, to the middle of the house.

And then it came to me.

There is no God without thunder. And I am all the time exposed to every superheated bolt of lightning. And all my fumbling efforts to predict danger and to shore up safety must be downright laughable to whomever and whatever it is that’s watching me.

I am, we are all of us, brittle branches, easily broken.

And yet, hell for leather, I fight that reality until time and again it stymies me.

“The voice of the Lord is over the waters, the God of glory thunders,” writes the Psalmist.

For the life of me, I can’t tell you why that makes me feel so much better.