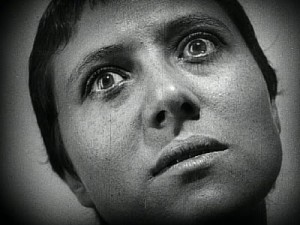 The 2011 list is the second edition of the Arts & Faith Top 100 conducted under the aegis ofImage journal, which assumed responsibility for the Arts & Faith discussion board in 2009. Also out is the Top 25 Horror Films List. Arts & Faith is to publish a new Top 25 list based on some fascinating element of genre or theme on an annual basis, to be released just before the Oscars.

ArtsandFaith.com is an open online community with roots going back to 1999, and the Top 100 is an expression of this community’s ongoing discussions about how mystery and meaning can be discerned in works of art.

Why another list of all-time great films only a year after the 2010 Top 100? Has so much changed in the past twelve months? Not necessarily—which is why nearly two-thirds of the films from last year have been carried over to the new list.

What’s different about this year?

There are a number of reasons why the 2011 list may be the best Top 100 A&F has yet produced. For one thing, this year saw far and away the highest voter turnout, making for a more representative list. Last year’s turnout, 44 voters, was a new high, but this year’s turnout climbed to 65—an increase of nearly 50 percent. A&F voters include professional film writers and lecturers, lifelong cinephiles and ordinary movie fans, seminary-trained students of religion, believers of various stripes, and individuals of no particular faith.

For another, ongoing discussion at A&F and revised ranking procedures have contributed to a list that is more diverse and interesting. Consider the top five titles—and then take one more step, and you’ll see what I mean.

The top five on this year’s list are all universally hailed classics with clear spiritual resonances, and not one has ever failed to show up on any A&F Top 100 to date. Carl Dreyer’s silent 1927 classic The Passion of Joan of Arc takes the top place occupied last year by the same director’s Ordet, which is now in third place, after Andrei Tarkovsky’s Andrei Rublev. Rounding out the top five are Kieślowski’s Dekalog and Robert Bresson’s Au Hasard Balthazar.

No surprises so far. But then comes #6: Leo McCarey’s Make Way for Tomorrow (1937), a little-known gem from a neglected Hollywood master best known for light comedies like Duck Soup and Bing Crosby’s iconic Father O’Malley films.

What is Make Way doing here? There are no obvious religious references, beyond an opening allusion to the fourth commandment (“Honor Thy Father and Mother”). Yet this sensitive meditation on marriage and family in the modern world, on the erosion of filial piety and the indignities and loss of independence that accompany aging, is very much the kind of film that A&F exists to highlight and explore.

Make Way highlights what many may consider a positive trend in the 2011 list. Though last year’s list was chock-a-block with certified masterpieces, English-speaking movie fans noticed a comparative dearth of films in their native tongue; in fact, English-language films accounted for fewer than a quarter of the 2010 list, and none of the top 20.

This year, the list gained more than twice as many English films as it lost. World cinema still dominates the list, but filmmakers like Stanley Kubrick, Alfred Hitchcock, and Orson Welles are all represented by films new to the list (Paths of Glory, Vertigo, and Touch of Evil,respectively). Another newcomer, the John Ford classic The Searchers, joins Make Way in the top 20.

Other notable additions (or returns) to the 2011 list include animation (The Miracle Maker, The Iron Giant), including anime (Grave of the Fireflies, Spirited Away, Paprika), twice as many documentaries as last year (Into Great Silence, Born into Brothels, Koyaanisqatsi, The Story of the Weeping Camel), and a musical (Fiddler on The Roof).

Over multiple iterations of the A&F Top 100, over a third of the films—34 titles—have remained constant year after year, moving up and down the rankings but always showing up. While future lists might whittle down this number, as a group these films make up a core A&F “canon” likely to continue to dominate future A&F lists.

In addition to the films already mentioned in the top five, perennial favorites include more Dreyer, Bresson, Tarkovsky, and Kieślowski, as well as two by Ingmar Bergman and two by the Dardenne brothers—most of whom would have been even more heavily represented on this year’s list but for a new rule limiting directors to three films.

Of these core A&F films, many though not all involve overtly religious themes of some sort—though these vary widely, from Pasolini’s literal, neorealist-inflected Gospel According to St. Matthew to Denys Arcand’s revisionist Jesus of Montreal; from Robert Duvall’s deeply flawed but sympathetically rendered protagonist in The Apostle to Paul Scofield’s winningly virtuous and canny Thomas More in A Man for All Seasons.

Others are valued for their sublime expression of humane values: Kurosawa’s Ikiru, Ozu’sTokyo Story, Lynch’s The Straight Story, DeSica’s Bicycle Thieves, Kiarostami’s Close-Up. Populist favorites (It’s a Wonderful Life), dreamy art-house tone poems (Wings of Desire) and talky philosophical inquiries (My Night at Maud’s) all have a place at the core of the A&F Top 100.

No list is written in stone. Presumably the A&F Top 100 will see more iterations, and the A&F community will continue to welcome new films and reexamine old favorites. Already at A&F there has been discussion around what was omitted from this year’s list and what might be added for next time. But every film on this list deserves Top 100-level attention. Every film here deserves to be highlighted, to be engaged with careful attentiveness and thoughtful consideration.

No list is for eternity, but reading the eternities—engaging the realities that are eternal—is an excursion that can begin with any of the films on the 2011 Arts & Faith Top 100.