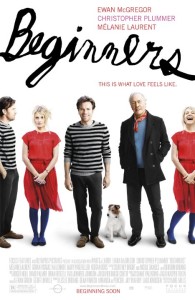 During a lecture last March [2011], I spoke fondly of a friend whom I had recently lost to cancer. Halfway through the anecdote, I suddenly recognized his wife, the mother of his two young children, in the audience, listening in rapt attention. She was far from home, a surprise visitor. I almost choked. And I suddenly began weighing my words with much greater care. Had I represented her husband well?

Loss makes artists out of all of us. We become storytellers, portrait painters, recreating the departed.

During grief’s early days, we break heavy silences to recall the scenes we want to remember. For strangers, we’ll sketch an outline, fill in some details. We simplify, generalize, organize.

We consider questions that will never be answered, dreams never realized. And we might carefully acknowledge their rougher edges, the ways they tested our patience—but we’ll wince if anyone blurts out words of criticism or judgment.

It’s a challenge, to keep someone’s memory alive with honesty and honor. It’s a responsibility, a delicate art.

This month [June 2011], director Mike Mills brings vivid memories of his father and mother to the big screen in Beginners. Having lost one and then the other to cancer in quick succession, he shares a storm of stories, revelations, questions, and emotions in a feature-length film.

After his mother passed, Mills’ father surprised him by confessing that he had spent forty-five years of marriage concealing and restraining his homosexuality. The man had chosen marriage and fatherhood to escape the prevalent prejudice of the 1950s. But as a widower, the seventy-five-year-old man enthusiastically refashioned his life, embraced gay culture, and spent five years pursuing new love, ignoring cancer’s advance.

“For me a lot of grief is like running in the dark in a forest,” says Mills, “sprinting forward, trying to get to something. I hope that’s what we captured in the movie, this mad grab for life.”

The result might have been called Beginnings. With the dawning of a new perspective, Mills revisits the strange silences of his childhood, and shows how his father’s revelation took their relationship back to “start.” Seeing the old man’s liberation from fear and constraint, even in the shadow of cancer, he learned lessons about his own fears.

But this isn’t a memoir. Fictionalizing his experience, Mills invites his extraordinary cast to find their way toward moments that ring true, rather than requiring them to act out the specifics of his memories.

The film follows Oliver (Ewan McGregor in one of his finest performances), a graphic artist who turns his sadness into art. In shock over his father’s death, he’s fallen into a prolific period of melancholy drawings. As he strikes up a stormy new romance with a troubled French actress named Anna (the stunning, soft-spoken Melanie Laurent), he begins to put his life story into words.

In flashbacks, we share Oliver’s memories of his mother’s moods, her smoking, her loneliness. We feel his confusion at his father’s revelation. And we watch him struggle to care for an ailing man who refuses to take his sickness seriously. Hal—played with vigor, warmth, and humor by the great Christopher Plummer—prefers to charge forward, giddy about new possibilities.

What does love look like in this situation? And what does Hal’s last chapter mean for Oliver, who has never dared to take on the burdens of a serious, lasting relationship?

Beginners is a very persuasive film, largely due to nuanced performances—and that includes the charming Jack Russell terrier who plays Arthur, Oliver’s four-legged grief counselor (via subtitles). Unlikely as it sounds, Mills weaves all of these emotional storylines together—and anthropomorphizes a canine—without stumbling into sentimentality or emotional manipulation.

When I met Mills and McGregor at the Seattle International Film Festival, Mills said that he’d given his actors a challenge. “I remember saying, ‘Help me not make this a narcissistic, self-pitying, sentimental memoir.’ I love films that are naturalistic and organic, when you feel the truth of life is in there somewhere.”

“We shot two films,” McGregor explained. “We shot the father and son film in its entirety and then we stopped, rehearsed, and shot the second film [about Oliver and Anna]. So, when I looked back on moments with my father, in the story with Anna, I was literally able to remember those moments, because we’d shot them already.”

While I grew up with parents who loved one another passionately (and still do), and while I’ve never dealt with revelations as unexpected as Hal’s, I was deeply moved by these characters. The authenticity—the particularity of details, the complex personalities and relationships, the moments of nuanced human emotion—drew me deeply into this story.

I’m sure that some will react hastily, their differing moral and political sensibilities offended. But I think that’s inappropriate.

While Mills does express his grievances about societal prejudice, this story is about something much bigger than sexual orientation. He’s hosting a memorial service for his parents, illustrating the struggles and convictions that gave a shape to their lives.

While I find some of the characters’ behaviors to be misguided at best, as I watch them searching for warmth in a cold world, I relate to their longings, and I treasure what blessings I’ve known even more.

I hope audiences open themselves to Mills’ experiences and unresolved questions. Which was more honorable—Hal’s sacrificial life of fidelity, family, and suffering, or his last-act lunge for happiness, which was more self-centered and more honest? “My real dad…is his story a sad story?” Mills asks. “What was his commitment to my mom? Was it all self-sacrifice? How much did he really love her? It’s so ambiguous. One day I can feel one thing, one day I can feel another.”

If we hope to love our neighbors, we must listen attentively to their stories—however unfamiliar or discomforting they might be. We might even find a certain kinship with Oliver and Hal, and learn something from this honest testimony.

The movie might have closed with an Over the Rhine song: “We’re all still beginners / we’re all late bloomers / when it comes to love.”