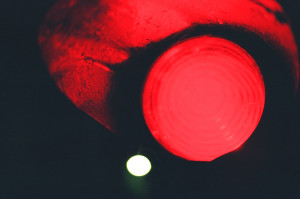 When I die, Lord, let me go in a plane crash, spiraling down, earthward, earthward, apportioned enough time to pray but not nearly enough to forget what we’re all prone to forget: that the end comes, it rushes up to greet us, every one in flight.

What I’d pray in my downfall is: forgive, sweet Christ, forgive, and this: let me see. Let me see myself in your mirror so I may know, before the end, if I am known.

They say it’s easier to conjure faith in desperation, but I suspect the opposite is true, that all we hold in our trembling hands, when the earth charges up to embrace us for the last time, is what’s really there, what we really believe, what we really love, be it God or ourselves or our children or our comforts, or likely some combination of these, with salvation turning perhaps not on a choice so much as on the algorithm, on our hammered-out parameters of love.

Or at least this is what I imagine, when I ponder the test of faith that must ensue when we have enough time to regard death regarding us, but not enough to turn away, though I’m in no hurry to find out, mind you, nor do I want a special plane crash just for me, God, because think of all the other people, in no greater hurry than I to meet you, and probably less inclined to end with an earth-shattering whump than with a sigh in their sleep, and so when I go down, years from now, let it be on a plane you’ve intended to bat from the sky since your Divine Plan’s inception, and just stick me in an empty seat—preferably an exit row if you have any sway with the airline.

If not a crash, then let me die at the barrel of a gun—foiling a robbery, say, or some terrorist incident, though I suppose every pointed gun is someone’s terror, but you get what I mean, Lord, since you see all violence that has been and is to come, not in a row, timeless as you are, but more like a supernova, furied red and spilled wide across eternity’s sky. At this supernova’s center is Cain’s rock-clutching fist, raised for the second or maybe third crunching blow, and all we with hands lifted in fury about him, imagining our own cramped story arcs justify our acts—but that very notion proves our guilt, doesn’t it, because who imagines he needs justification except the man who had a choice, and who with a choice can be absolved for his raised fist?

So maybe let me even the ledger just a bit, dear God, by laying down my life for others. Not day by day, because we both know that’s proved too hard, but all at once, in a noble and uncharacteristic act of courage—and while you’re arranging this, please give me the double-jolt of said nobility and courage, because I don’t have to tell you, in all your omniscience, that they’ve both been lacking in my small tragedy.

I really do believe, though, that you meant what you said when you promised we can do all things through you who strengthen us, so strengthen me if you will, and maybe also help me remember one of those throat strikes I only ever practiced on a punching bag in the dojo, something lethal so I take the terrorist with me, but only as a necessary evil (perhaps you call it something different) to save lives, and then only if it doesn’t tip my ledger past redemption, or (a worse scenario, but let’s invite it in from the stoop and put it on the table) if my ledger’s already so imbalanced that one more raised stone makes no difference in the accounting.

If not by plane and not by gun, then let me die, sweet Christ, as my daughter did—as you let her die—writhing on a bed, brainstem splintered by a tumor. Let me see what she saw and feel what she felt and let it be as I begged you in those months. Do you remember what I begged, on my knees, in the gathered dark? Let it pass to me.

Do you remember your silence, after?

I can’t take her place on that dying bed, but give to me a kind of enduring alongside her, in all its agony and hopelessness and horror. You say our time is not your time, so maybe in a way, if I can feel the unrelenting bite atop my spine, suffer the sound of a car horn amplifying along my stripped nerves until it makes me scream, see the angels floating along the ceiling, maybe in all this I can take my place alongside her. In your time, if not my own.

The point is, my God, don’t let me die like this, by days and degrees, like a planet slowing on its axis, undone by its own tidal forces, unfinished, yet lacking energy to go on. A death can undo the damage wreaked in life—as you well know, that being your specialty—yet here we all huddle, neither living well nor leaning deathward. We are antichrists, in other words, nearly every one.

And we huddle here, and I towards the back of this trembling crowd, fearing you. Fearing, yet hoping you’ll clasp me in your awful loving hands, and finish what you’ve started.

Tony Woodlief lives in North Carolina. His essays have appeared in The Wall Street Journal and The London Times, and his short stories appeared in Image, Ruminate, Saint Katherine Review, and Dappled Things. His website iswww.tonywoodlief.com.