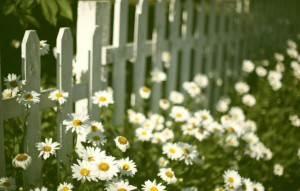 My first memory takes place in Lakewood, CA, a small suburb south of Los Angeles. Lakewood, the nation’s first planned community, also happens to be the subject of D. J. Waldie’s Holy Land: A Suburban Memoir. “In a suburb that is not exactly middle class,” Waldie writes at the beginning of the book, “the necessary illusion is predictability.”

Because the families that settle there are anything but predictable.

After they married in 1969, my mom and dad bought one of those small, square dream homes from my father’s parents. It was my dad’s first marriage and my mother’s third. Heidi, my sister born during one of my mother’s prior lives, was in junior high. The street, Maybank, figures nicely into the Facebook formula for “my stripper name,” along with Penny, my first dog.

Dispatched from Long Beach Memorial Hospital, my parents drove me home to Maybank. My mother was thirty-six, considered a high-risk pregnancy back then. According to her lore, I was supposed to be born disabled or dead. By some glorious twist of fate, I made it: long, skinny, and bald, but alive. I cried constantly, carrying my parents’ DNA of anxiety and voluble self-expression.

In my first memory, I am younger than two. I know it takes place at Maybank because shortly before my second birthday we moved eight miles west to Rossmoor, the first walled community in the country. I never understood the whole story growing up, but apparently, because of forced-integration-busing to nearby Jordan High School in Long Beach, my sister “was getting in lots of fights with the black girls because of her big mouth.” They were afraid she was going to be killed.

I took their word for it, that there was no reason other than Heidi’s safety to leave Maybank to fly to the town with posh British names and white concrete driveways and jacaranda trees dropping their blue blossoms on the sidewalks.

A month or so ago, I emailed my dad about the Maybank address. I wanted to search for the house on Google Earth, maybe do a drive-by on my next trip out west. He said he couldn’t remember the number, but he did remember that when he and my mom got back from their honeymoon, ready to move in, his parents still hadn’t left. He had to stand in the middle of the room and demand that they get out, now, and go to their apartment. “I finally stood up to them like a man,” he wrote.

My father is seventy-nine. I don’t remember his admitting to weaknesses very often. And making demands is usually one of his specialties. But for some reason, this story saddens me. I picture him standing in a room crowded with my mother’s boxed antiques, ten years younger than I am now. Tall, thick, pointing an angry finger at his stern Ukrainian mother and hapless Austrian father. Now his hands shake so much, he recently cut off the tip of his finger with a saw.

He emailed again, a few days later: “I remember the number. 4547. I looked it up on Google Earth. Someone’s added a bay window.” And that was all he wanted to say.

Now that I had the address of my first home, I didn’t want to search for it. I’m simultaneously drawn to and repelled by my past in the land jokingly referred to as North Disneyland, the border of Long Beach and Orange County. I’ve lived in the Midwest since grad school, safe from the earthquakes and smog and cars whizzing along the 91.

“But you have tornadoes out there,” people say. “And Chicagoans drive like maniacs.”

But for years I’ve insisted it’s different, and figuring out why has become my work. So I eventually typed in the address and watched Google Earth spin: North America, then California, then Lakewood and Maybank Avenue racing toward my face.

There was the neat street grid. Treetops. Roofs. The red location marker dropped down.

In my first memory, I’m crawling on the floor and peering up at a large white wicker hamper. I know this is no laundry hamper, though. It’s a container for all my toys.

I can’t reach the lid, and I still haven’t learned to walk. I can’t even pull myself up to stand. So I look up at the white woven tower that holds all my joy. And reach.

As I pull down the hamper, the bright plastic colors of toys spill around me. But the toys themselves aren’t enough. I need to reach the source, to live where the toys live. I crawl inside the hamper, curl up among bright rattles and balls.

It’s the only thing I remember about 4547 Maybank. And now, as I select Street View, I prepare myself to approach the front door.

I’m no Freud expert, but I like to think there’s some meaning to that memory, my first quest for independence and safety. That quest has defined my life, marrying young, moving far away, then surrounding myself with beauty on my own terms because I fear conflict, discomfort, pain. Running and taking cover, just as my family did when the changes of the early seventies refused to cooperate with their lives. Even now I wrap myself in blankets on the hottest of summer days.

But writing about my youth now, this land I’ve left is my way of standing up to those fears. It’s my ultimatum in the living room as I speak truth into my past, surrounded by boxes of memories.

The screen shifts to Street View, but now I can’t locate 4547 on the screen. The image jumps from one house to the next, and I find myself bouncing between the same white truck and palm tree of two different houses. I can’t pinpoint 4547 after several minutes of trying. How did my father find the bay window? Did he? Then why can’t I? I emailed him about my conundrum, but he didn’t respond. He’d already moved on to other things.

The illusion of the suburbs may be predictability, but today not even the street numbers make sense. In March, I’ll visit California, type the address into my phone, and drive by the Maybank house. I’ll sit in the car, just yards from the walls that separate me from my first memory. I’ll take notes, maybe even snap a picture, before someone comes out to ask what the hell I think I’m doing. And I don’t have any idea what I’ll say.