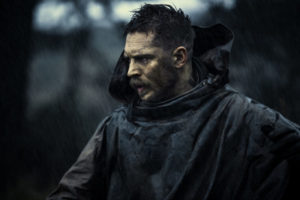 It’s been said that human beings warp everything that they touch as a consequence of original sin. Like Midas, whatever we come in contact with, we distort, however slightly, either through some degree of ignoble intention or some incapacity to effectuate what is pure. In other words, even our best achievements are tainted by motives that always ring with a tad bit of pride, self-interest, or spite, or are not as fine as they might have been because those self-same things stunt our ability to conceive of a better form.

And if that is true of our more virtuous accomplishments, how much more is it so of our less altruistic endeavors. Only the great saints can sing hymns, having disappeared to themselves in the quotient. Only they can lift a pure, true note, and it may be that they have to wait until they are within the halls of God to lift it; for this world itself is too warped to provide the necessary acoustics.

But most of us cannot concern ourselves with the saints too much. We know our limitations.

One way this warping effect manifests is through our opinion of the world. Of what is possible. We make it a kind of physics that uses as its laws and constants the abilities of our own hearts.

I’ve been watching a show on the FX network lately that has put this point in relief. The show is called Taboo. I teach late on Tuesdays, and wanted to have something to watch when I got home that would be entertaining. It seemed like an historical piece, set in pre-Dickensian England but with Dickens’s Bleak House edge running through the tale. I saw that Ridley Scott was an executive producer, so it would be worth a see.

In the tale, a weird adventurer, played by Tom Hardy, returns to England after a mysterious life abroad. He seeks secrets his mad father, recently deceased, has kept, all with an eye towards a fortune coveted by both crown and corporation (the East India Company, naturally). Filling out the cast of characters are butchers, chemists, brothel keepers, medicine men, tawdry stage performers, and quisling spies. The filming is shot through some kind of blue and black filter, and practically all of the scenes are muddy, bloody, and gore-filled.

To Hollywood filmmakers (is it right to call all of the film-making industry “Hollywood”? whether it occurs there or not? Suffice it to say, I’m using the word as metonymy), it seems that there is a particular formula for seriousness. The more grisly, ghoulish, and ghastly the depiction, the more likely the piece is to be seen as a realistic, serious drama. The work might not be any good, but at least they won’t laugh at your efforts if you gut someone from belly to throat and have someone eat the entrails.

It’s rather like a twelve-year old boy who aims to be taken for older by acting as vulgar as possible. After a while, the effect just doesn’t work anymore; either people’s stomachs get stronger or they begin to roll their eyes at the banality.

Another tired approach to coopting “gravitas” is what I call the “Let’s shock the Baptists” routine. Trying to outdo the last guy, filmmakers edge out a little bit farther on the limb of what is depictable, believing that the ratio of kink to worth is indicative of artistic merit. If they can get the bourgeoisie to clutch their pearls by portraying a little more flagrantly episodes of incest, sadomasochism, masturbatory indulgence, and sacrilegious sorcery, they’re doing their job.

Like most drugs though, the appetite becomes resistant to the new dosage; more and more is required and eventually the level of physical tolerance is taxed beyond limit. The stomach and crotch may not be sated, but the heart has had its fill and collapses under the strain.

So in this way, such efforts as Taboo only wind up being rather boring, blood-bloated and semen-soaked as they are. But there’s something else going on in a work like this that is sadder, and it has to do with an equally juvenile attitude towards the world alluded to above.

It is the cynical posture that says there can be no goodness beyond the level known to a particular person’s consciousness (usually this is the filmmaker, who gives his outlook to the main character). It is the comforting assessment that says all priests, lawmen, soldiers, police, etc. are corrupt at heart, hypocrites and charlatans; it judges the world through a solipsistic lens, and says of it—“the level of goodness cannot be greater than my own, and therefore there is no need to aspire to greater than I am.”

What need has the criminal to reform when the society that has made him a criminal is vile itself, down to the very last person, save not one? If it is as ugly a world as all that, then there is reassurance in staying the course with venality. Such a posture towards life can only lead to the temporary enjoyment of what power one’s own gifts at exploitation can win, and then comes the grave.

That is the rather tedious tale we are told again and again, as though what we are viewing is a homemade graphic novel, penned by adolescents stuck in a fugue-obsessed gear, trying to shock their parents into taking them seriously. Pitiful, cold comfort indeed.