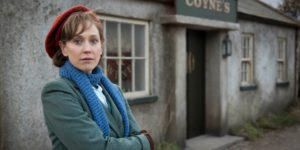 Ours is a confessional age, a time in which telling all is not only customarily practiced but also routinely lauded. To do less than unbosom oneself in the most candid of ways is both to endanger one’s mental and emotional health (a distinction I’ve never been quite clear on) and to frustrate the kind of eye-scalding “transparency” that the age calls for at every turn. The unleashed tongue becomes the agent of “honesty,” which is said to be warranted in every circumstance. Hide nothing, we are counseled; express everything; be “real.”

I suppose this impulse is more bad fruit from the midcentury moderns, who wagged their fingers backwards at the preceding decades and centuries and pronounced them a slew of things: They were both repressed and hysterical, legalistic and inequitable. In one way or the other, it all boiled down not to out-and-out dishonesty (though that too), but more to a lack of openness. If the windows were thrown wide, then the sun would pour in; if all that buttoned, zipped, belted, and covered could go through an undoing process, everybody would breathe more easily, smile more readily, fight less often.

Somewhere Freud had his hand in all this too, as babbling in an ungoverned, indiscriminate way became the means to a salutary life. Say it and you will heal; suppress it and you will choke. But this kind of forthrightness has not always been so heralded, and certainly not universally, at any rate.

The occasion for this reflection is an episode of a very nice British television series recently airing on PBS, My Mother and Other Strangers. Set in Northern Ireland during the second world war, the show depicts life in a small fishing village near which an American air base has been established. The local pub and store owner, a native of the town, is married to an Englishwoman. She is the eponymous mother of the tale’s narrator, Francis, who reflects upon the depicted times, when he was a child.

As an outsider to the village—no one with a drop of Irish blood needs to have explained why the English are considered such—Rose Coyne, for all her generosity and wisdom, finds herself at odds both with the people among whom she has made her home and with the members of her own family. Even her husband is wont to throw it up to her from time to time that she is a stranger to the insular ways of the place.

This is particularly so when a fine, strapping young American flyer—a gentleman in every sense of the word—asks permission to escort the Coyne’s sixteen-year-old daughter to a film. While Rose agrees that the girl is too young to go out with a twenty-year-old airman (or to be going out at all, in the Ireland of that time), she doesn’t find the soldier’s invitation impertinent or insulting. She finds it charming, in fact, even flattering, as the young man has made an overture of civilized conduct towards a community that has been largely hostile to him and his fellow enlisted men (that the Americans are actually depicted as good guys in this show is enough to make you sit up and listen).

The trouble is, the local men feel the way the father does; that the Yank has overstepped his grounds; as such, they ambush him one night when he returns from the pub. As a Kentucky Golden Gloves champion, he is able to acquit himself admirably, much to the other men’s surprise. But the American is badly outnumbered. He is subjected to what might have proven a merciless beating until Rose Coyne shows up with a shotgun and clears the place out.

That cowards have bushwhacked a young man defending their country over an imagined slight is not the shameful secret that Rose keeps; nor does she hide that it was she, not her husband, who saved the soldier from his attackers; instead, it is a letter that the airman writes to her daughter, just before he ships out on a perilous mission, that she hides in her drawer and will not allow either herself or the girl to read.

As she explains to the Army liaison who brings her the handwritten note, there are things that people need never know, especially if learning them can cast a shadow on their lives and mark them forever. A sixteen-year-old girl could not bear the thought that a man went to his death with her unrequited love as his last thought, so her mother will allow the soldier only to be told that the letter was delivered; he himself need never know that it was not, and would not, ever be read.

There are things that are very tempting to tell, nearly irresistible to say. There are also things we feel others have a right to know, that we must say “for their own good.”

On the other hand, there is often mixed up in all this a commensurate impulse simply to share one’s woes or anger, either because we want others to know how much we are burdened, or because we don’t want to be the only one who bears it, or because we want to inflict pain. And then there is also the prurient impulse simply to tell what has not been told, to watch the effect of unloosing the enormity of a secret that will shock, even if it will also scar.

But there is wisdom in being circumspect about such things, to reflect before telling what can never be unsaid, or sharing some supposed “honesty” that may wound beyond healing. Better to swallow even that which scalds than to unleash, for whatever reason, an unknowable damage that might have been spared.

Then again, perhaps that is one of the hardest things known to man, and one he is able so seldom to truly achieve—the act of practicing a mercy, a mercy all in secret.