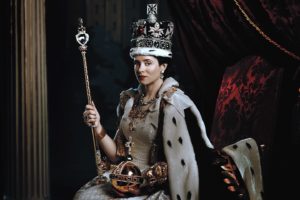 Over Christmas break, I was marshalled into watching two televisions series to which I wouldn’t have been drawn ordinarily—The Crown and Victoria.

The former was something I would have been suspicious about, doubting the fairness and authenticity of any dramatic effort revolving around the life of a person—Elizabeth II—who, though not literally unable to defend herself, is all but figuratively kept from doing so.

The latter, Victoria, features a subject of which everyone is very familiar, and whose life has been portrayed on both stage and screen so many times that I would have thought it too tired a slog to put myself through. I have been presently surprised on both accounts.

As to The Crown, although the writers do not shy away from the difficulties and untowardness that has beset the current English monarch throughout her life, it does her a credit in showing the dignity with which she has faced them all and the strong spine that makes even her detractors admit she is a formidable woman.

In Claire Foy, the actress who portrays Elizabeth, the series has struck upon a woman who, though not all that physically similar to the Queen, is unmistakably fine and precise in capturing her voice, mannerisms, and style. She is matched well by Matthew Smith as the dominant but loyal Prince Philip and by Vanessa Kirby as the tragedy-plagued Princess Margaret.

And while no one should take any depiction of history as a substitute for the reality of what really happened in the past, the incidents that the writers focus upon are largely accurate and always artistically rendered. For all the sensational storylines—abdication and infidelity and treason—the plots are intended to reveal the complexities of the people who are caught up in them rather than using the characters as reactionary puppets in a pantomime we all have seen too many times.

For example, when President and Mrs. Kennedy visit England, the slights and brinksmanship of the two sides could have degenerated into a Mean Girls episode. Instead, both Elizabeth and Jacqueline are depicted in a way that ennobles both, if not in their behavior towards each other, then in their recognition of how far they have fallen short of what they should have been.

And in what is a particularly illuminating episode, Elizabeth’s admiration and lifelong friendship with the Reverend Billy Graham is rendered with faithful care. In both the old and the new country, these are times in which the evangelical faith is represented in a poor light to say the least. So when Graham comes to England to hold a series of revivals during the sixties, I was particularly pleased to see the power and sincerity of Graham come through so effectively.

Elizabeth herself is captured by the preacher’s zeal, and it is he who helps her come to a kind of negotiated peace about her uncle, Edward VIII, whose abdication forced her father onto a throne that he did not want, and consequently required Elizabeth to assume it as well, though it would seem she would have preferred a more private life.

Duty has always been her byword though, and this particular episode shows that her Christianity has kept her at the helm so long when the supporting cast, both personal and political, has fallen away.

Similarly admirable is the PBS series featuring the life of Victoria, whose reign only Elizabeth has outstripped in longevity. While the series on the modern-day monarch has the advantage of a more up-to-date storyline that would attract a larger audience, Victoria’s distinction lies in restoring the nineteenth century queen’s place as a real woman, not simply the caricature of a moral prig and a maudlin widow that she has become.

Like her descendant, Elizabeth, Victoria came to the monarchy through a circuitous route. Had not all of her uncles died and had some of their children been born on the right side of the blanket, she would have remained a tiny relative of the English crown, probably married off and forgotten.

The series begins when, required to take the throne as a teenager, Victoria has to throw off the plots that would have replaced her with a regency. Instead, she not only assumes her place with authority, she solidifies the English monarchy during a time in which her country’s power became the undisputed champion of civilization.

History departments these days will of course fault her for the spread of English influence into places that considered it foreign and rapacious, but that is the work of a vicious revisionism that refuses to acknowledge the advances Victoria’s England brought to the far reaches of the world.

There are three male heirs in line for the English crown at present. Who knows if there will ever be another Queen of England, or even if any other monarch will take the throne at all. But in a day when human achievement is recognized in far different ways and for immensely different things, it would be well to give tribute to these two women who have held the standard against which all others have been forced to measure themselves.