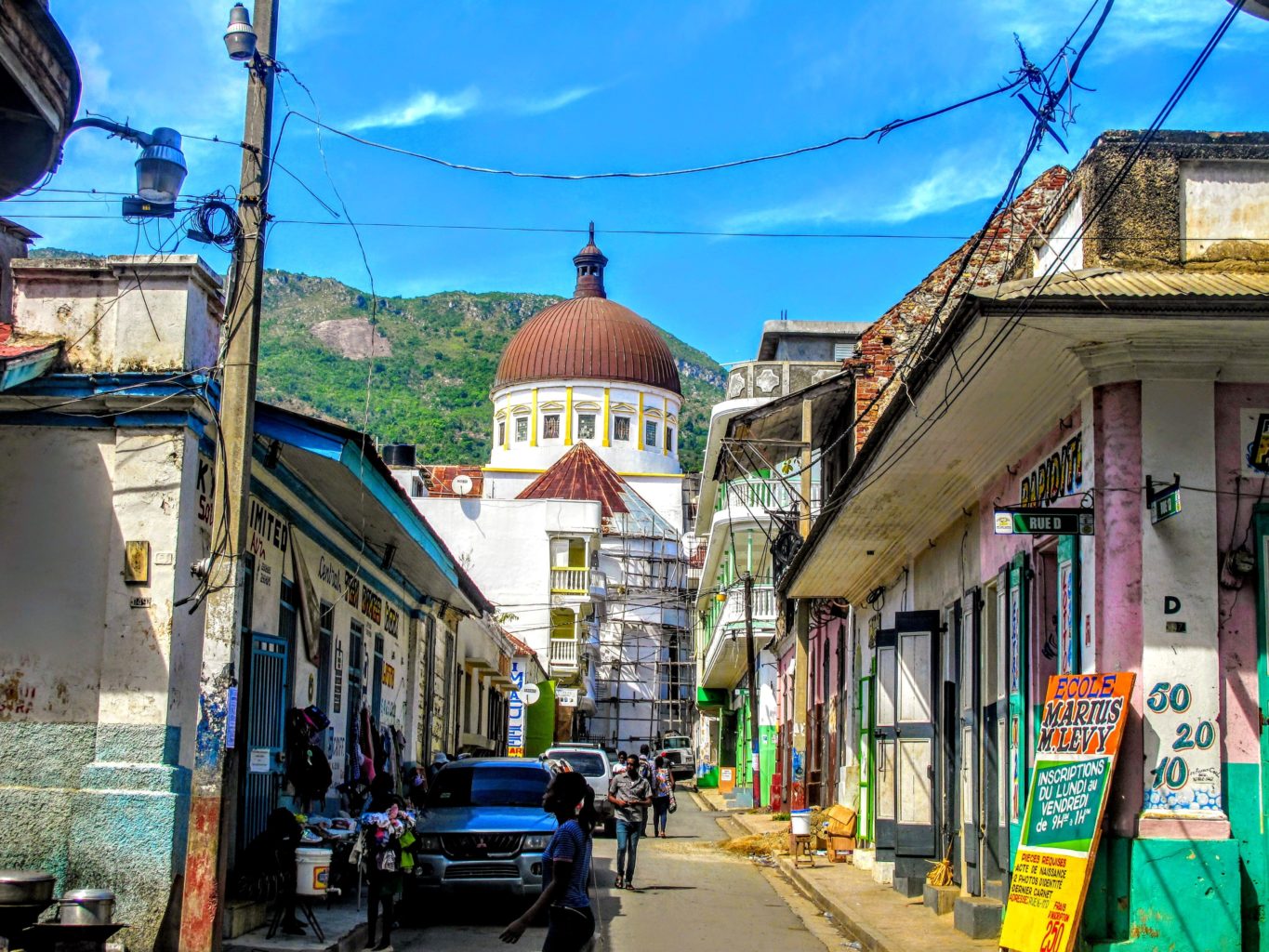 There’s nothing to say about Haiti.

But wait a second. What’s a real Haitian? How would I know? How would anyone know?

So you write about the tap taps, the hand painted buses and pickup trucks that serve as a kind of semiformal public transportation in Port-au-Prince and throughout Haiti. They are wonderful and colorful and also kind of scary, just like Haiti. They are works of art and they are crowded and messy and uncomfortable, just like Haiti. Everyone loves tap taps, because they are something the eye and mind can grab hold of.

But for that very reason we should hate tap taps. Tap taps are a way to lie about your experience in Haiti, to pretend that you have categories for that which resists any of the categories you brought along.

It wasn’t so much that I had found a country; I had discovered a universe. An enchanted world. Brilliant colors. Animals, people (lots of people), mountains. Thatched huts on the flanks of blue mountains. Fish flying through the air. Cattle crossing swollen rivers. Cocks fighting. Marketplaces. Tall, slender women calmly walking down from the hills with heavy sacks on their heads. Children playing in the dreamscape. The sea. Everywhere the sea. And no one looking at it. Natural life.

This description is so deliciously wicked because it isn’t entirely false. Laura Ingraham is deluding herself. But she is also seeing something.

I sat with a man from Jakmel at the side of the road, near the aforementioned  always-present-but-never-looked-at Caribbean Sea. He grabbed my arm with both of his hands. Off to my left, I could hear waves pounding against the rocks. To my right, the grinding noises of too much traffic. “Something’s gone terribly wrong here,” he said to me, almost as an apology.

He meant Haiti. Or did he?

There is a temptation to see Haiti as the greatest problem that one could ever possibly hope to solve. You can spot the people who think this way right as they get off the plane. They have lots of gear and a far away look in the eye. You seem them later on the road, sitting in the back of large trucks with tons of supplies. They are off to build something for someone, whether that someone really wants it or not.

There is also a temptation to see Haiti as the greatest solution to the problem of life that has ever been offered. You can spot the people who think this way easily too. They get off the plane with nothing at all. Their eyes dart around greedily. You see them later in a village near the sea, dressed in sandals and loose-fitting shirts and staring at the sun, trying to convince Haiti to absorb them completely.

Between these two absurdities is the real truth of Haiti, which is…. I don’t know. What?

I watched men standing on giant piles of garbage at the outskirts of Port-au-Prince. The garbage was smoking, or steaming, or creating its own fog. The fog rolled down from the mountains of garbage. The men in the garbage emerged from the steaming, smokey, fog and then disappeared back into it. I could say that this was hell, except that it was not. The strange thing is that it was not.

As dawn emerges in the city, it is the time of triumph for mothers and small children. They walk together, going to school. The children wear uniforms of the brightest green, blue, yellow. They have ribbons in their hair. They hold the hands of their mothers and they skip in the streets and the soft hum of the city rumbles along with the joy of the children at the cusp of the dawn. I could say that this is heaven, except that it is not. It’s just people, and a city, and life.

Let the cliches fall to the ground, why don’t I? Let Haiti be Haiti, whatever that is. If the only prayer you ever say in your entire life is thank you, it will be enough.