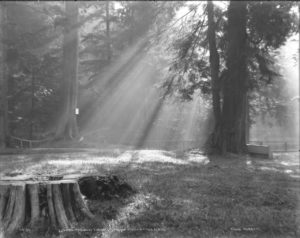 “It’s the End of the World as We Know It…and He Feels Fine”—that’s how the New York Times Magazine titled a profile of the writer Paul Kingsnorth.

Kingsnorth is an essayist and novelist, an Englishman who lives on a small homestead in Northern Ireland. With his deep concerns about what he called the “ecocide” of the natural world one might be tempted to call him an environmentalist, but as his recent book Confessions of a Recovering Environmentalist and Other Essays indicates, he rejects the term.

Instead, Kingsnorth is searching for a way whose path none of us have yet found, a path that doesn’t try to “save the world” as we now know it and yet lives in loving relationship with the nonhuman world upon which we depend. In this way he is very much like Wendell Berry, a writer whose essays Kingsnorth has collected in The World Ending Fire.

Not at all lost to the irony, Kingsnorth and I joined in a conversation mediated by computer screens and skype. Here is a bit of our conversation.

Ragan Sutterfield for Image: I’d like to begin our conversation with Wendell Berry. The Oxford American recently published several new “Sabbath” poems by Berry and one stanza in poem VII caught my attention. It asks “What might not a poet write…” if a butterfly were to land on his hand for more than a moment. I was struck because it points to the silences and attention to the wider world from which Berry’s work moves and I believe your work moves as well. Can you speak to that?

One of Berry’s famous poems is about paying attention and the space that can open up when you are in a world inhabited by things other than yourself and not just human things. When you are in a place that is singing quietly to itself and you shut up long enough to listen that is where the best work comes from.

It is a challenge to writers, interestingly, because writing is the opposite of silence and writers are the kinds of people who can’t shut up, otherwise they wouldn’t be writers. There’s always chattering going on inside the head and always a desire to communicate what you’ve found or seen.

There is a balance between searching for the words and making yourself be quiet so that you can pay attention to that stillness. And it is a stillness that is harder and harder to find every year, in the modern world at least, because everything is chattering and everything is noisy. Even inner silence is hard to access in these circumstances. Silence is at a premium at the moment, but it is where a lot of the truth comes from in writers like Berry.

Image: Silence is part of the path toward self-understanding, but another important part of that is the stories we tell ourselves. In “The Dark Mountain Manifesto” you co-wrote with Dougald Hine, you say the roots of the ecological crisis “lie in the stories we have been telling ourselves,” and that you “intend to challenge the stories which underpin our civilisation: the myth of progress, the myth of human centrality, and the myth of our separation from ‘nature’. These myths are more dangerous for the fact that we have forgotten they are myths.”

What is the role of the writer and storyteller today?

P.K.: When we wrote “The Dark Mountain Manifesto” we were writing it as two people who were looking at the state of writing and literature and didn’t think it was relevant to the world we were living in. And so we asked ourselves, why aren’t writers and storytellers and artists taking seriously the real state of the planet, particularly with regard to the destruction we are carrying out, the tearing apart of the web of life? Why isn’t this really being talked about?… Why weren’t we acting as if the crisis were true?

One of the central claims of the manifesto is that everything is a story; that everything is a construct. We tell ourselves stories as a society that enable us not to see the magnitude of what we’re doing and it’s because of what we believe. So we might tell ourselves that we have an ecological crisis because we’re burning too much carbon, or because we don’t have the right technology, or perhaps because we don’t have the right social organization, or there are too many people, and other issues that raise their heads.

And that may be true, but at the heart is something deeper, and that is how we see ourselves in relation to the rest of life.

As time goes on I’ve seen that there is a functional lack of humility at the heart of the industrial progressive worldview. It’s not the worldview of all humans; it’s the worldview of this particular civilization which has no notion of wonder or care for the rest of life in any significant way. The world is a factory floor, or a marketplace, or a resource to be harvested, and the only questions worth asking are questions about human progress or destiny.

If you think like that then eventually you’ll go mad as a society which I think we’re in the process of doing. If you cut yourself off too long from the source of life, which is the earth itself and everything else that lives, and if you pay no attention to the language of anything else that speaks, if you’re only interested in humans and only interested in progressive industrial humans at that, you’ll lose your mind.

I can’t think of any society in history that has lived so entirely divorced from the non-human world as ours or has done so much damage to it and it has got to have a consequence.

So if we ask what the role of writers and storytellers is, then one of the roles is simply to keep pointing at that truth even if people don’t want you to—and they don’t want you to. People get very uncomfortable when you begin pointing to the real situation because we are all a part of the problem in a way.

As a writer my work is to simply keep telling that story and to speak up for the living things beyond the human that can’t speak. I try to speak up in all sorts of ways and see what comes of it. The crisis we’re going through is a psychological or a spiritual crisis more than anything else. That’s the conclusion I’ve come to after looking at it so long.

It comes down to the state of the human spirit or the human soul and the relationship we have or we don’t have with the rest of life.

Ragan Sutterfield is a writer and Episcopal Priest living in his native Arkansas. His most recent book is Wendell Berry and the Given Life.