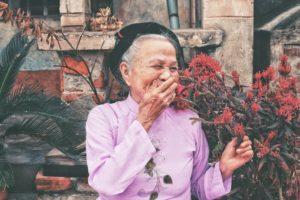 You might stumble into a lengthy life through no particular fault of your own. You might, as well, find yourself in a situation of relative comfort and ease without ever exactly earning it. And who could blame you for it? Such things happen to people now and again.

But what if it isn’t that important to live a long life, or to be especially comfortable during that life? What if living a long and comfortable life is, essentially, a crappy goal?

I come upon this thought by way of a New Yorker article published recently. The article was written by Joshua Rothman, who is not a bad person at all, so far as I am aware. He is a thoughtful writer. I enjoyed, and was even moved by, something he wrote once about the terrible problem of Heidegger’s Nazism.

(Why is that a terrible problem, you ask? It is a terrible problem because Heidegger wrote so much that is powerful and insightful. And then you find out he was a complete Nazi, a Nazi through and through. This is deeply upsetting and makes you wonder about yourself in liking Heidegger in the first place.)

The article is a review of Steven Pinker’s most recent book Enlightenment Now: The Case for Reason, Science, Humanism, and Progress. I don’t have the time or the space or even the energy to get into Steven Pinker right now, at least not in any depth. So let’s just take a fragment from Rothman’s article where he quotes from Pinker’s book and makes a few asides of his own:

Imagine Seema, an illiterate woman in a poor country who is village-bound, has lost half her children to disease, and will die at fifty, as do most of the people she knows.… Now imagine Sally, an educated person in a rich country who has visited several cities and national parks, has seen her children grow up, and will live to eighty, but is stuck in the lower middle class. It’s conceivable that Sally, demoralized by the conspicuous wealth she will never attain, is not particularly happy, and she might even be unhappier than Seema, who is grateful for small mercies. Yet it would be mad to suppose that Sally is not better off.

Pinker is right: Sally is better off. To say so, however, is to acknowledge that we can be better off without feeling that way—working two jobs to pay tuition and save for retirement, Sally still suffers—or worse off without knowing it. Progress is objective and impersonal, at least in part, and can unfold without making us happier.

Right in these passages can be found, I believe, the Modern predicament in its full glory. And Rothman realizes, surely more than Pinker, that some sleight of hand is going on here in how we define “happiness” and how we define “progress.” Rothman is bothered by Pinker’s argument. But something else keeps him in the fold.

Rothman can’t bring himself to consider the possibility that Seema might, even in objective terms, be better off than Sally. But could she be? Is the fact that Sally has a more materially comfortable and longer life undeniable, objective proof that hers is the better life?

Pinker writes, “Yet it would be mad to suppose that Sally is not better off.”

Rothman, not wanting to categorize himself amongst the mad, balks even as he squirms, uncomfortable with the logical box in which Pinker has trapped him. A longer life is better than a shorter life. A life in a “rich country” is better than a life in a “poor country.” Rothman can’t see his way to any other option than to agree with Pinker on these clear and obvious matters.

Even more crazily, it is, on principle, to side with Seema over Sally. It would be to say that Seema’s life is the very life I affirm and that I will for my own. Give me the choice between being Sally and being Seema and I choose Seema.

Why would anyone choose Seema? And would not Seema herself prefer to be Sally, given the choice? Do not we all seek longer life, greater riches, the comforts and joys that we have, collectively, eked out from nature in long centuries of material progress?

But if that is so, then a long and comfortable life for what? Is there something else that burns inside us, some other need that must be filled? And if the question “for what?” must be answered before we go back to our televisions and overburdened refrigerators, why don’t we ask it often and with more urgency? Why are we scared of what the answer might be? Do we suspect that the answer is in direct contradiction to the lives we actually lead? That the answer is a giant and deafening rebuke?

I close with a few lines from Léon Bloy:

Question the first bourgeois you meet. He will tell you that the serious business of life is to keep one’s guts filled. This being the case, I have never been serious and I declare that I don’t know how to talk to a piece of meat. You have just had the proof of it.