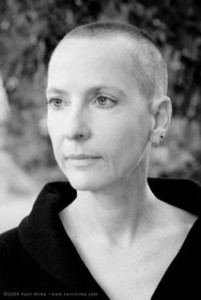 In her elegant, approachable poems, Katharine Coles addresses subjects as diverse as the geology of Antarctica, eating dinner, mathematics, the decomposition of corpses, and biblical stories of creation and annunciation. Her language is graceful and precise, with nothing extra and without undue compression, streamlined as a beautiful sports car. It conveys rigor without stiffness, intellect without coldness. Among her recurring themes is the mystery and dignity of the natural world, which throughout her work bears a beauty and significance that exist quite apart from our willingness to notice them. A second theme is encounter, or the meeting of two selves across a divide: human and animal, human and human, human and divine. In the poems, other selves resist being fully known; they keep their mystery intact, and yet the barrier between selves is permeable at certain times and places. Coles is a formal poet who isn’t bound by form; at times, a form’s strictures, as in the loosely constructed pantoum “Annunciation,” allow her to reveal a near-mystical dimension of encounter.

Some of Coles’ work is featured in Image issue 83. Read an excerpt by Coles here.

Katharine Coles’ fifth poetry collection, The Earth Is Not Flat (Red Hen 2013), was written under the auspices of the National Science Foundation’s Antarctic Artists and Writers Program.  Ten poems from the book, translated into German by Klaus Martens, appeared in the summer 2014 issue of the journal Matrix; she is currently being translated into Spanish and Italian.  Her sixth collection, Flight, is due out from Red Hen in 2016.  A professor at the University of Utah, she served from 2006 to 2012 as Utah Poet Laureate and in 2009 and 2010 as the inaugural director of the Poetry Foundation’s Harriet Monroe Poetry Institute.  She has received grants and awards from the NEA, the NEH and the Guggenheim Foundation.

My poetry manuscript-in-progress has a working title of Wayward.  In a way, I think it’s the most intimate of my books so far, in that it is really working with questions of perception and understanding (which have also been at the center of my most recent and currently forthcoming collections) from the inside.  Specifically, I am interested in how the tools and expectations we bring to our examinations of the world influence how we see and understand our reality.  I am also fascinated by the question of what, from within our little subjective realities, we really can apprehend, and what we only think we can.

For fifteen years or so (but who’s counting), I have also been working on a nonfiction manuscript–really a nonfiction novel–called Reckless, about my maternal grandparents.  He was an explorer who eventually became Chief Geologist and head of exploration for Standard Oil; she began with her own geology degree and geological ambitions, which were inevitably frustrated.  While he hacked his way through various jungles in search of oil, she danced until dawn and carried on affairs with diplomats and early pilots in the colonial cities in which he was stationed.  The book examines their lives, their participation in American imperialism, and the dissolution of their marriage through the lens of thousands of pages of letters and journals, hundred of photographs, and the films my grandfather began shooting in 1926.

Finally, I have been working for a few years now with computer scientists to create tools for visualizing sonic patterns in poetry.  The visualizations, which work in real time on any poem the user chooses, are meant as companions to close reading, but early users are also using them to compose and revise poems of their own.