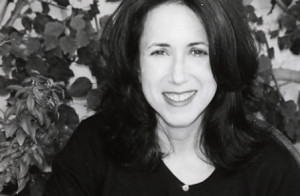 Patty Seyburn seems to have been born with a sense of language as a calling. She has a natural feel for the strange burden and privilege of being one of its guardians—that is, of being a poet. Words, in her book, bear a heavy legacy—one transmitted not simply through etymology, but through bare sound. Seyburn is a poet of the pure sensory presence of words—and a guide to the richness that lies hidden there. Two syllables, she shows us, can be a microcosm of the human condition. As sounds are formed in our mouths and pass over our tongues, they tell their own story. (Given how much she delights in sound, it’s no surprise that some of her most engaging work is formal.) She is also a poet of memory and family legacy. The stories she tells are pervaded by a sense of sadness and loss, and of the weight of history, especially the history of the Jews. But they are also stories about the richness of life—its sensory pleasures and relentless comedy. Among her themes are the Jewish experience of diaspora and loss, juxtaposed with individual family losses—especially as seen through the lens of her mother. The conversation between mother and daughter weaves throughout her body of work, by turns comic, melancholy, infuriating, and tender. Always Seyburn’s reverence for language, her sixth sense of words as things, give her poems a special force.

Some of Seyburn’s work is in Image issue 74. Read an excerpt here.

Patty Seyburn has published three volumes of poetry. Her third book, Hilarity, won the Green Rose Prize given by New Issues Press (Western Michigan University, 2009). Her two previous books of poems are Mechanical Cluster (Ohio State University Press, 2002) and Diasporadic(Helicon Nine Editions, 1998) which won the 1997 Marianne Moore Poetry Prize and the American Library Association’s Notable Book Award for 2000. Her poems have appeared in numerous journals including The Paris Review, Poetry, New England Review, Field, Slate, Crazyhorse, Cutbank, Quarterly West, Bellingham Review, Boston Review, Cimarron Review, Third Coast, and Western Humanities Review. She won a 2011 Pushcart Prize for her poem “The Case for Free Will,” published in Arroyo Literary Review. Seyburn grew up in Detroit. She earned a BS and an MS in Journalism from Northwestern University, an MFA in Poetry from University of California, Irvine, and a Ph.D. in Poetry and Literature from the University of Houston. She is an Associate Professor at California State University, Long Beach and co-editor of POOL: A Journal of Poetry (www.poolpoetry.com). She lives with her husband, Eric Little, and children, Sydney (11) and Will (9).

I am working on revising two collections of poems, one called “Threshold Delivery,” which hovers around issues related to mortality, looking back at my father’s death in 1987 and my mother’s in 2004. The other is titled “Hourglass Figure,” a collection of formal poems. I’ve always enjoyed writing in form, and have usually funneled those poems into my books, but I have an extended sonnet sequence at the core of “Hourglass,” and wanted to see if my other formal poems would gather around in support. Most imminent, however, is a poem commissioned by Temple Israel in Long Beach, California, in honor of the significant renovation/rebuilding of their synagogue. The poem will be featured at a re-dedication ceremony in March 2013, at which point I will read and discuss my inspiration and process. I am working on three parts: one in strict form, one in highly charged free verse, and one that functions as a psalm. I have met with the rabbi and architect, watched the neoclassical dome being rebuilt, and reread the Psalms as well as various Midrash in preparation. Other poets are finding their way in, as well, such as Larkin and Longfellow. A motley crew! It’s wonderful to write for such an occasion, as well as daunting. While I want all my poems to “last,” this poem will become part of this congregation’s history, and I want it to deserve that honor.