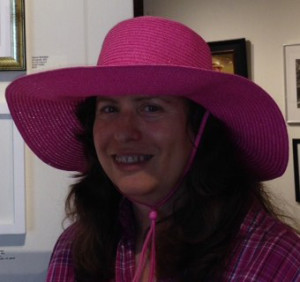 In the hands of poet Valerie Wohlfeld, a traditional form like the sonnet is less a constraint than a provocation. To see her execute fourteen loosely iambic lines is to watch someone frolic on the playground of English sound—she delights in internal rhyme, alliteration, and the rhumba of stressed and unstressed syllables. And though she is no purist, her work proves the adage that the strictures of form can bring about refreshing surprises. Bending language to a particular shape, she explores questions of sin and grace, creation and fall, love and grief. Even the deceptively simple poem “World”—a list of the thirty-six good souls for whose sake, according to Talmudic legend, the world is allowed to go on existing—continues to surprise as the list unfolds. The surprises come as much from variations to the line and sentence structure as from the cast of characters. The poem is a moving paean to the hidden goodness of quiet, ordinary lives. It’s also a master class in syntax.

I have five manuscripts that are concurrently in progress; this may sound like a lot, but my work has a long gestational period and some of these collections have been on-going for years. Three are poetry, one consists of both poems and prose poems, and one is a novella that I hope to expand into a full-fledged novel. There is much cross-pollination between my poetry and my prose, and lines are cut and patched back and forth between different works, rather like the assemblage of a crazy-quilt stitched and held together with ornamental embroidery at its edges. However, I hope that most of my poems appear seamless and cohesive, and indeed many are completed in a few sittings without any “patchwork” at all.

I have come to God in an eclectic way, and perhaps this is represented in my creative pieces. There was no religious instruction of any kind in my home growing up and not even a Bible on the shelves. No one has told me what books to read or how to approach God and I find that my relationship with God is more one of mystery than one of mastery. Many of my poems are my way of trying to draw closer to this God who has never been formally defined for me. Writing my poems helps me to assimilate my yearnings for, and knowledge of, God.

The majority of my poems have been celebrations of sensual language; however I think these poems, despite their sometimes fervid manner, represent a liminal place where love for the beloved transforms to a mystical as much as a physical union.