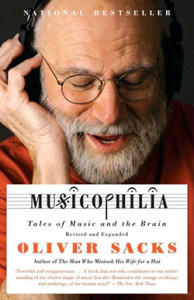 I can recall the first time that I heard ‘classical’ music. My mother had just retrieved the long disabled record player back from the repair shop and put on an LP to test it out. For a kid of seven or eight, the novelty of the thing must have brought me into the room to see how this contraption worked. On the A side of the record was a recording of Gershwin’s Rhapsody in Blue with Oscar Levant as the soloist. As the scratching and popping began, I heard that famous sassy and exuberant opening clarinet glissando as it made its bluesy climb to the first pitch of the opening theme.

I was immediately transfixed…standing frozen in the room…as if a new part of my brain had suddenly been switched on.

I am amazed even today by the way my entire self was so irresistibly absorbed into what I was hearing. I recall being particularly sensitive to these orchestral colors, which varied significantly from the music I had normally heard on the radio or café jukeboxes of West Texas in the late 60s (although I had already discovered that I could be haunted for days by certain movie sound tracks).

The effect of this encounter was not lost on my mother, who immediately followed the Gershwin with “Grand Canyon Suite,” and I continued bound in concentration by the exotic colors and evocations. (Just now I smirk in the realization that both Rhapsody in Blue and the Grand Canyon Suite were orchestrated by Ferde Grofé).

I wonder to this day what distinct preparation of circumstance or bio-circuitry made me so susceptible at that particular moment. I mention this story to my daughter and she flashes me that self-same smirk, informing me that she can’t remember NOT hearing classical music growing up.

I also recall my initial experiments with musical imagery…those early morning paper routes where while my arms and legs were on auto-pilot, my mind would begin to reconstruct, repeat or adapt music I was playing in school or hearing on records I had obtained from the public library…coaxing my brain into conjuring up just the right chord, pitch or color for a particular passage, or sometimes ‘improving’…making more vivid and exciting some composition. (I sometimes thought about how I might do it better…matching my own wits with the composer so to speak in what seems to me now – being the other side of my formal musical training – as an appalling lack of humility).

I found it peculiar that these mental replays were for me almost as pleasing as the real thing. Although I hardly knew it at the time, this internal acoustic dialog would slowly draw me into being a composer. Although I have the distractions of a busy and complicated life about me, this constant play of musical imagery has seldom left me since.

All this has likely come to mind because I’ve been reading Musicophilia, Oliver Sacks new book on music and the brain. I suppose it has evoked in me a greater sense of how wonderfully mystifying music is, and how strange that we humans should regard it so. Most of us, I’m sure, could relate similarly formative or overpowering encounters with music, all personal and unique.

A friend once asked me if I thought that humans had the same feelings and emotions centuries ago. I told her that I thought that even if we viewed the world differently, at our human core it must be so because, for me, ancient music can establish a profound and intimate connection. It amazes me that the way we experience music can be so completely personal and distinctive, but yet also universal and common to us all…transmitting fine nuances of comprehension, emotion and experience across generations and centuries.