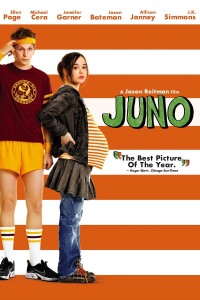 Hollywood often says that movies reflect the culture. That’s mostly a lie, I suspect. Rather, they reflect what will sell. Or more likely, what the producer’s think will sell. Or even more likely, what the producers want to sell. I mean, how many producers perform Margaret Mead field surveys of the “culture” under some soul-bound need to “reflect” it?

Having said that, I choose to touch upon three films that deal with a strange, and I would’ve thought, unsellable subject, all brought to the screen within months of each other. Besides the Steve McQueen/Natalie Wood mid-sixties drama, Love with the Proper Stranger, and a few eighties flicks starring Molly Ringwald and the like, “unplanned” babies don’t do much business in films. So I’ll call this rash of treatments the “Keeping the Baby” trilogy: in ascending order of quality: Bella, Knocked Up, and Juno. What’s worth mentioning is the way this unpalatable subject has found itself doing considerable box office.

The first film is the most earnestly meant, its directors and producers the most convicted in their film’s message. But while largely effective, Bella labors under its mode of representation. Eduardo Verástegui, a Latin star most famous for telanovelas, along with writer/director Alejandro Monteverde, put their own capital and talents behind the work. Unlike the other two films, there is nothing funny about Bella; it’s all drama, beginning with a tragedy and moving all the way through to atonement. Everything is done with a steady hand and at a sure pace. It doesn’t ask for too much by way of human relationships, either. The writers resist forcing a love story between the hero, a chef and former soccer star with a black past (Verástegui), and the ostensible heroine, a waitress who finds herself pregnant (Tammy Blanchard, whose turn as a deaf girl in Robert De Niro’s The Good Shepherd is the only memorable thing about the film). But while all is accomplished gently, it somehow doesn’t have the effect that the other two films do. Dramatizing this subject–a child coming without warning–tends towards the melodramatic. We know how people will react, what resistance they will meet, what inner turmoil they will suffer and either succumb to or triumph over. The effect sinks under the weight of it all. You wonder if you like such movies because you want to like them.

The opposite is true in the other two films. Writer/Director Jud Apatow’s Knocked Up, one of the latest in his succession of critical and commercial successes (mostly recently Superbad), makes the vital translation for the topic, moving it boldly into the comic genre. In so doing, he’s able to keep the subject from lapsing into uncomfortable sobriety, tendentious lecture, or strained attempts to present “both sides of the issue.” And with that, the naturalness of the comic mode brings out what is poignant and life-affirming in a way that a more grave treatment could not. What befalls Ben Stone (Seth Rogan), a good-hearted fool of a grown man, when he impregnates a beautiful woman who is epochs out of his league (Katherine Heigl) manages to do through the air of laughter what is harder to achieve on the ground of effort. The film illustrates the ordering principal that the child brings to the two people’s lives. The pair like each other, a lot, and what comes between them is such “love” as we accept might be fostered in this strangest of circumstances. It sits well enough. And what’s nice about the work is that it’s a comedy first, and allows the beauty of possibilities to follow in the wake. So I wonder if this a method that’s been missing? Is any subject still treatable–however old–if a new medium is found for it?

If so, what Knocked Up begins, director Jason Reitman’s Juno perfects. The latter is a comedy in the way Flannery O’Connor meant comedy: as the best vehicle for the most profound of things. For the dialogue alone, Juno would be a triumph. Screenwriter Diablo Cody crafts layers of exchanges between his characters that employ every rhetorical weapon in the book: syntactic gymnastics, wizard timing, arch sarcasm, deep pathos, deadpan commonplaces, startling juxtapositions, rich allusions–so that this matter of great weight and moment can truly have a meaningful effect. Ours is an age of jades so jaded that we all but smirk at Unicef posters, so making it possible to voice true need, lifelong love, and yearning beyond the bounds of hope is an amazing feat.

Jason Reitman’s light touch on all of this is just right, trusting the power of the mercury being said to say it all. On top of that, the performances are worthy of the plot. Ellen Page is the title character: a girl-child whose instincts are–nearly–perfect, and whose blunders made in living the life of a pregnant sixteen year-old are far fewer because of her bedrock virtue and good common sense; Michael Cera is the father of Juno’s child, an unbeatable nebbish so winning that it doesn’t matter that Cera is playing the exact same character as George Michael Bluth in Arrested Development; Jason Bateman (Cera’s father in Arrested Development) is the saddened, would-be adoptive father, fantastic in his just-below-the-surface distaste for what is about to befall him; and Jennifer Garner, who portrays–with little more than pained eyes, constricted mouth, and small, tense gestures–the anguished, desperate want of a woman who cannot have a child of her own. Everything comes out all right in this film (which is not giving anything away) because everybody wants to live a good life with somebody. A simple theme, yes; but those are the hardest things to achieve now, when the language and pictures for portraying these most natural of desires seems spent. “Seemed” spent is the better way of putting it now.