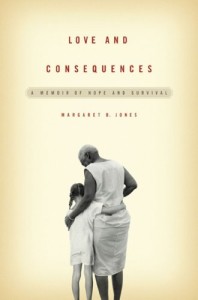 For the past two weeks now, I have been mulling over my pledge for this entry to discuss three recent major novels that I liked (and in the case of two, loved), but which also illustrate the narrative laziness that seems to characterize a lot of contemporary fiction.

In case you’ve been racked with curiosity, they are:

• The Corrections, by Jonathan Franzen;
• Middlesex, by Jeffrey Eugenides; and
• The Fortress of Solitude, by Jonathan Lethem.

Three very big novels by three very big, quintessentially “guy” writers of what I would call The Brooklyn School of the 00’s. (Only Rick Moody is missing.) In between vacuuming, carting my four-year-old to occupational therapy, and the one spectacular late night when I got a stomach bug at the same time my husband had a toothache so intense that tears rolled down his face, I’ve worn myself out thinking about these blasted books—to the exclusion of actually managing to write anything about them.

Well, to quote my fellow Mississippian Tennessee Williams, Sometimes there’s God, so quickly. Opening up the New York Times website this morning in my sleepy 6 a.m. haze. (I can manage to read Times editorial page, apparently, but not, for some reason the Gospel reading appointed for this day in the liturgical year. Thank God Orthodox Lent is coming), I saw the news that a much-lauded new memoir released only last week, Love and Consequences, has been revealed as entirely fiction.

The book, by one Margaret B. Jones (now revealed to be one Margaret Seltzer), purported to be the story of a half-white, half-Native American, emotionally-traumatized foster child being raised in a “family” of gang members in violent South Central Los Angeles.

We’ve been through literary hoaxes before. There was the James Frey Million Little Pieces affair and I was fascinated by the J.T. Leroy/Laura Albert hoax, which you can waste a lot of time online reading about. The Love and Consequences episode, however, is particularly embarrassing for the Times, both because of how swiftly the fraud was revealed (the book was only published last week), and because its “rollout” was a publicist’s dream: Michiko Kakutani review on February 26, interviews on public radio, and unbelievably, a “Refugee from Gangland” article in the Times’ House and Garden section, of all things, on February 28, which described the author’s now quiet suburban life in Eugene, Oregon. A full “branding,” in other words.

Flagship Times reviewer Kakutani had this to say about the book:

Ms. Jones’s portraits of her family and friends are so sympathetic and unsentimental, so raw and tender and tough-minded, that it’s clear to the reader that whatever detachment she learned as a child did not impair her capacity for caring. Instead it heightened her powers of observation, enabling her to write with a novelist’s eye for the psychological detail and an anthropologist’s eye for social rituals and routines….

The “real” writer, 33-year-old Margaret Seltzer, turns out to have grown up in what the Times describes as “the well-to-do Sherman Oaks section of Los Angeles, in the San Fernando Valley,” to have gone to an exclusive Episcopal girls’ school called Campbell Hall, and to have experience with gangs only in her capacity working with community-based organizations. Her deception was unmasked by none other than her big sister, 47-year-old Cyndi Hoffman, who took a refreshingly rigid (to me, at least) tone in talking about her younger sister’s folly: “‘It could have and should have been stopped before now.’” (Cyndi!)

The “Comments” section appended to the Times article is filled with discussions of that old story—white appropriation of black misery—and in this case it is yet again true. But what’s interesting to me is the real story: the hint of an uneasy dynamic between sisters, an uncertain stance toward one’s own elite background, and finally, ownership of one’s own experience. Why didn’t it occur to Seltzer to write a novel? Or a nonfiction account as a journalistic witness, like Adrian Nicole Leblanc’s fine Random Family: Love, Drugs, Trouble, and Coming of Age in the Bronx? This is another kind of narrative laziness.

I don’t know about you, but the idea of a book about the privileged recriminations of family life in Sherman Oaks—home of the erstwhile Sherman Oaks Galleria, backdrop of the song “Valley Girl,” no less—is a lot more compelling than the inside scoop of gang life. Seltzer’s novel could have been a great L.A. story, much as filmmaker P.T. Anderson made, in the 1999 film Magnolia—set in the San Fernando Valley—one of the great L.A. movies.

And so many of these themes (race, class) could also apply to Fortress of Solitude, which both is—and isn’t—one of the great New York novels. I’ll figure out what to say about it during the next two weeks.