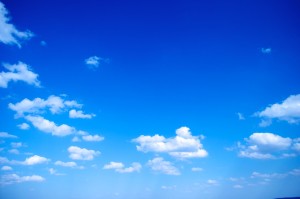 In Maine, people say, “If you don’t do winter, you don’t deserve summer.” But after I fell on the ice one too many times this winter, I flew south. On the plane, I read in USA Today about the recent Pew Trust U.S. Religious Landscape Survey, which noted that Northern New England and the West had the highest proportion of “none’s,” people who believed in God, but were interested in customizing their religious experience.

In Florida, I watched pelicans sweep over canals. Boutiques sold Hawaiian shirts, sarongs, and spangled metallic bags. My friend and I talked with a couple of old hippies at a farmers’ market. They were selling bougainvillea; the apricot, scarlet, and pink blooms tumbled out of their pots. But I still felt off balance, as if I was wearing a coat of Northern solitude in the midst of abundance. Here, people smiled and looked at you, not the treacherous ground.

On the fourth day, I visited a “Vatican Splendors” exhibit in St. Petersburg. This also seemed odd: treasures from the Vatican displayed in an anonymously bureaucratic building that looked, appropriately enough, like an IRS Office.

In the lobby, expensive women stared at monstrances and smaller items in display cases.

“What’s that compartment for?” one matron asked me, pointing to a silver reliquary.

“That’s probably for a saint’s relic,” I said, although I didn’t really know. Still, it seemed correct—in the old days, everything Catholic seemed to have bones in it.

At length, we were herded into a shadowy gallery. There’s so much cheap drama in our culture that I’m always leery of the blockbuster show, which purports to amaze and often falls flat, mostly because of crowds and commercialization.

But this time, in this sunny, pretty place, I simply and surprisingly fell into the ancient images. Into love, as if I was at Mass. Far away, people walked in groups to the commands of their audiotapes. I stood and watched. I peered into Christ’s dark face in the Mandylion of Edessa, an early Roman representation of Jesus. In a delicate stone frieze, I saw a seated Mary, head balanced on her chin, contemplative. And then a flat, exquisite gold votive—depicting eyes and a cross only, from the tomb of St. Peter. The eyes staring back at me.

I tend to stay away from writers who overtly attempt to illuminate the creative journey. But after the exhibit, I returned to my reading material, the journals of Anne Truitt, Daybook, Prospect, and Turn. Truitt, who died in 2004, was a visual artist and writer, whose work often recalls for me Flannery O’Connor’s dictum that the Christian artist is “of this world and an exile from it.” Truitt, who has a gentle, reserved style in both media, would be well into her eighties now; her life was informed not only the domestic and public upheavals of a murderous twentieth century, but by the rigor and self-abnegation of her Victorian parents. Writing of her early life in one of her books, Truitt says, “Wherever we stood, my mother and I, we placed ourselves as upright as possible with God above us and the earth under our feet, trying to forget neither.”

Unsurprisingly, Truitt’s work evokes evoke a disciplined concern with balance—between solitude and connection, between life as a mother and as an artist, between rest and motion. It is utterly grounded in place—a theme of her abstract sculpture was the picket fences of the Chesapeake Bay area. Instructively, her work does not attempt to “customize” reality or belief to one’s liking, or to appropriate that of others, but to submit to what is here and lose oneself in its possibilities. Writing of her first encounter with Giotto’s The Redemption of Man in Padua, Truitt notes, “Giotto had –just put down his brush and left a message for me to read; a message in which he had so densely combined the divine with the human that they explained and illuminated one another as they are meant to do in our lives.” This is what I saw in the exhibit, I thought, a recognition implicit in and beyond the temporal.

I spent a few more days in the South and went North without too many airline nightmares. In the Charlotte terminal, the slumped grey hordes exhibited stared blearily ahead. On the final leg to Maine, the pilot announced that it was twenty eight degrees at home.

“Oh, God,” the woman next to me groaned. No one laughed. I looked out the window at the blue, blue sky.

Ann Conway has published in Commonweal, Maine Arts Magazine, Faith and Leadership and other venues. Her essay, “The Rosary,” originally published in Image Journal, was placed on the notable list of Best Spiritual Writing 2011. She received a fellowship from the Collegeville Institute in 2013 and received her MFA in creative writing from Seattle Pacific University.  A former regular blogger for Good Letters, she currently writes at “Commonplaces” where her subjects are often disability, Maine, the voiceless, and spirituality.