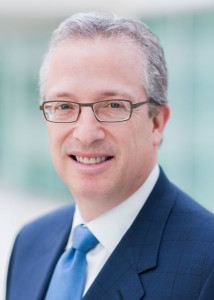 Given my abysmal expectations for coverage of religious matters in the mainstream news industry, it was a pleasure to read–both online and in my local newspaper!–about the 2008 Templeton Prize recipient: Polish physicist, cosmologist, philosopher and Catholic priest, Michael Heller

While the story is clearly a plus for those laboring at the intersection of science and theology, I also see it as good news for artists of faith, though that, as Ricky tells Lucy, “may take some ‘splainin’.”

The Templeton Prize is presented annually to reward “progress or research toward discoveries about Spiritual Realities.” Early recipients include Mother Teresa, Brother Roger of Taize, and Aleksandr Solzhenitsyn, though recent prize winners have typically been academics in the physical and social sciences who seriously engage theological and religious discourses. The Prize website says this about Fr. Heller’s career(s):

Despite the active anti-intellectualism of the Communist regime that controlled Poland for the majority of his life, Heller established himself as an international figure among cosmologists and physicists through his prolific writings–he has more than 30 books and nearly 400 papers to his credit–on such topics as the unification of general relativity and quantum mechanics, multiverse theories and their limitations, geometric methods in relativistic physics such as noncommutative geometry, and the philosophy and history of science.

Simultaneously, as a Catholic priest, Heller surmounted the anti-religious dictates of Polish authorities, opening new vistas for the faithful by positioning the traditional Christian way of viewing the universe within a broader cosmological context and by initiating what can be justly termed the “theology of science.”

Heller bridges a wide variety of disciplines in exploring such immensities as “Does the universe need to have a cause?” Interestingly, Heller’s 1969 thesis examines Ernst Mach’s Principle with respect to relativistic cosmology. Mach himself was something of a polymath, doing his most important experimental work in the late nineteenth century in optics, supersonic motion, and the physics of human perception. Mach’s heated arguments with Max Planck, founder of quantum theory, whether scientific theory had more to do with reality itself or human interpretation of reality, set the table for twentieth century reexaminations of what scientific knowledge actually is.

To be sure, news industry coverage didn’t go into such detail. The “real story” seemed to be the size of the award–$1.6 million, with which Heller plans to fund a foundation for the study of science and theology–and how the physicist-priest’s work fits into the tedious religion vs. science chestnut.

As long as the polarities of that non-debate are defined by Daniel Dennett calling atheists “brights” to distinguish them from the spellbound masses, and the newly-opened Creation Museum showing how Adam and Eve saddled up the family Triceratops, there’s little room for someone like Fr. Heller, a scientist who takes theology seriously.

It’s here, through analogy, we might find an art and faith angle. Though IMAGE and like endeavors are considerably less well-funded than the John Templeton Foundation, each seeks to widen a cultural opening many thought already locked and welded shut.

There will always be those who consider the theology of science or the crossroads of art and faith akin to miscegenation, and some who so claim will be intellectually honest and more than qualified to comment. Yet we go on, practicing our science or our art because the questions beckoning us are larger than critics, stronger than governments, more desirable than public approval.

What bridge-building scientists and artists need is already well apparent to those doing the work: curiosity, skill, patience, time, friendship and grace. I’m sure I left something out, but you get the idea.

It’s unlikely any of us will receive an unexpected call from Sir John Templeton offering a cash prize in excess of a million dollars. Less lucrative recognition may come for some, but the rest of us will likely have to find the work itself reward enough. If that’s insufficient, try substituting “artist” or “scientist” for “teacher” in Thomas More’s advice to the impressionable Richard Rich (from A Man for All Seasons):

More: Why not be a teacher? You’d be a fine teacher. Perhaps even a great one.

Rich: And if I was, who would know it?

More: You, your pupils, your friends, God. Not a bad public, that.