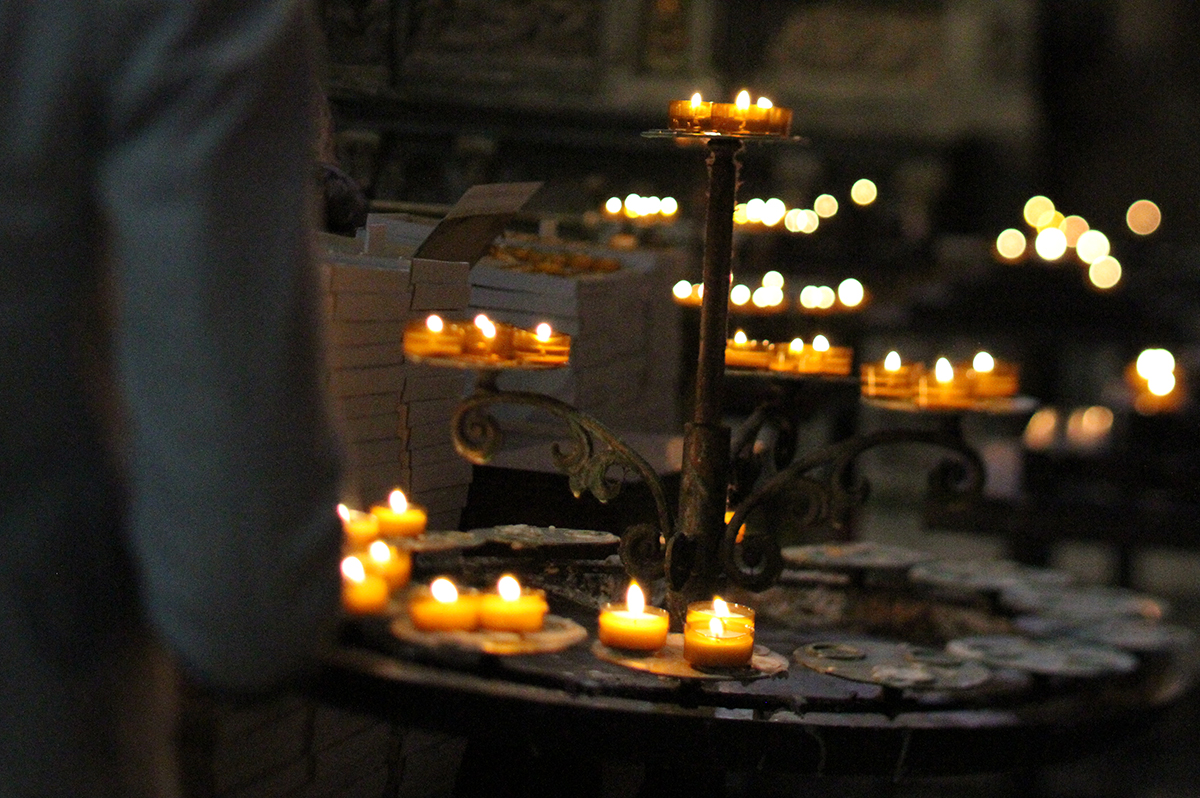 Recently, I attended an “Eco-Christianity” class at an area congregation. It was not for me. The minister who led it was well-intentioned, trying to bring the sacred alive. A dozen or so of us attended the first meeting—a couple who ran an organic farm, an elderly woman, a therapist.

It was cold in the spartan church hall. Once full of prosperous Calvinists, the congregation had dwindled to almost nothing.

We would start out each class with a hymn to “Gaia,” the minister said, which we did, awkwardly; it was set to the melody of “Be Thou My Vision.” I don’t like rewritten hymns; for me, they have the air of failure, reminding me of the folk masses of the Seventies, tortured attempts at relevance.

“Our subject tonight is ‘lamentations for the earth,’” she continued. “We’ll start with a ‘Universe Walk’ around the hall.”

We gamely shuffled the perimeter, listening to her narrative history of the world, taken from an ecological curriculum. It was about creation itself: a vast topic for this small and tired space. We walked past the tables where we had eaten our potluck supper, littered now with cake crumbs and spilled tomato sauce.

From the beginning we walked, from the lurching creation of the air, water, the permutations of the earth, spinning through cells and amoebas, the first forms, birds, the movement of land and ice over earth, the stars, the genesis of man, the progress of civilizations, wars, the worship of images, moving over and over, the woman said, from one lost civilization to another, falling and rising.

Maybe I was just exhausted; I’d gotten back from Indiana at two a.m., crazy air travel leaving me feeling as fragile as a panicked bird. I suddenly felt empty, frightened.

Just a sect? I thought. How banal. What was wrong with me? After all, the diminution of Christianity was part of my daily life—just recently a woman snarled “It’s dead! Dead!” at a recent community youth program meeting I attended (a meeting where we were told we couldn’t use the word “redemption” when talking about troubled kids—even though the kids themselves had suggested that word).

But this, from a minister? There was no Triune God, she informed us. I knew where this was going. Christ as a nice guy, a small desert prophet—diminished, so He was easier to handle.

I left without looking back. I felt guilty: too rigid, too Catholic, everyone says. But I had to; the wind was whipping through my bones.

Spiritus mundi, I thought at home, recalling Yeats’ vision of the earth without Christ: a “shape with a lion body and the head of a man, a gaze blank and pitiless as the sun.”

That was my vision too. In nature there was no “Divine Intelligence” for me. I did not trust the earth alone. I had seen too much of its shadows: my mother’s drinking, my brothers’ schizophrenia, drug-taking, cops coming to the door, calls in the middle of the night. The stain on the couch from my brother Terry’s greasy head, his last years stuffed full of Thorazine and Haldol by the smug psychiatrists who called him a “troublemaker.”

This is what people on earth do, I knew. I went to bed, but throughout Lent, the walk stayed with me, a glimpse of life without the beliefs on which I had entirely based mine.

It was a dead thing, and I was afraid.

What if it’s all for nothing? I wondered—a fairy tale, as The New Yorker had implied in a commentary a couple of months ago, calling the Bible a patched-together book of absurd, fragmented stories. Not “the word of God is living and effectual, more piercing than any two-edged sword.”

What if they were all right and I was wrong?

But you to have to live, so I leaned into what has been given to me, a gift which sometimes feels like the caprice of God. Light restored, the men fishing off the breakwater, snow drops pushing their way up in the front garden.

I went to Mass throughout Lent, for I believe in discipline, which brings its own reward. Monday night I went to Tenabrae, seeing the candle taken out of the silent church. My neighbors and I listening to a haunting aria, our breaths mingling. Small sobs as we leaned into the darkness.

This is what you have to do, I finally saw, comprehending the past few weeks. Go all the way into it. And then I turned back with everyone else, to watch the flickering candle returning.