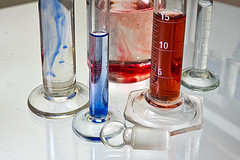 “I left the Church,” my tablemate explains, “because my priest couldn’t answer my questions.”

We are at a gathering of scientists, religious leaders, and people who write about science and religion. We are discussing how people in these often counterposed domains can collaborate for the betterment of mankind.

I confess I am skeptical about the benefits to mankind that will accrue from elite collaboration. I’m a Madisonian in that regard: our wellbeing is safer when elites keep each other in check rather than partner.

Someone points to survey evidence indicating that evangelical Protestants are much more likely than other people to go to religious leaders with science questions. It’s problematic that they don’t go to scientists instead. Especially problematic given how little science a typical preacher understands.

Not that it’s a preacher’s job to understand science, I suppose. And I suppose, further, that a parishioner going to his preacher rather than the science shelf of his local bookstore when he has a science question might be the mark of something troubling, but I wonder what those science questions really are.

I suspect they aren’t questions like these: What’s the difference between a zygote and a gamete? What does Schrödinger’s cat have to do with quantum mechanics?

No, they’re questions about evolution, or abortion, or even global warming, and while they may be awkward, ill-informed, and not asked in a spirit of willingness to hear the unvarnished truth, they are born out of a concern we ought to take seriously (and which my hosts do take seriously), which is:

How am I to integrate these claims asserted by science with this faith I have received?

People of faith don’t go to scientists because the answer they expect they’ll get is:

They expect this because the people who have positioned themselves as the spokesmen for science despise religion and go out of their way to antagonize its adherents.

Never mind that science popularizers like Richard Dawkins, Steven Pinker, and Neil deGrasse Tyson are at best marginal figures in actual domains of scientific research, although they have carved out for themselves prominent (and lucrative) positions as ambassadors for science. Their views represent, to the layman, the Opinion of Science.

I think the other reason people might not be inclined to bring science questions to scientists is because their questions don’t really fall—despite their putative subject matter—within the domain of science.

Questions like: How are we to regard the life inherent in embryos destroyed by stem cell harvesting? How do I talk about evolution to my Sunday School class when many of their parents have taught them a literal seven-day creation? Given the economic costs, what’s the right balance between global warming prevention and mediation?

The facts surrounding the questions ought to rely on scientific inquiry, but the prescriptions we give in answer to these facts are matters of theology, pedagogy, or public policy.

The Tysons and Pinkers of the world don’t hesitate to answer these and many other questions nobody asks them, because these are all science questions to them, and they are incensed that the opinion of anyone other than a scientist is considered.

They reject the observation offered by thinkers ranging from Aristotle to Tolstoy to philosopher Stephen Toulmin, namely, that some questions are as well-suited to the scientific method as oceans are suited for elephants.

Yet here is my tablemate, who turned from the Church because the Church, in her view, rejected something that is part of her: a spirit of inquiry, a love of revelations embedded in nature.

Surely, just as we need more scientists willing to approach the faith-science divide with noses not upturned, we need pastors and priests who don’t view science as an inherent threat to faith.

I suspect some of us believe more science-friendly pastors will mean more acceptance of central elements in the science dogma: the unquestionable benefits of embryonic stem-cell research, the right of abortion, macroevolution as creation engine, the imperative of global warming.

Probably so, but insofar as any of these include within their tenets an abandonment of orthodoxy, they’re hardly unique threats. Christianity has generated ample apostasies without any prompting from science.

You can imagine the benefits: more scientists of faith, more intelligent engagement with scientific claims that are widely accepted yet ill-founded, fewer children abandoning churches because they’ve unnecessarily tied their religious beliefs to unsupportable beliefs about facts of nature.

But there’s a problem, which is that many leaders in the American Christian community are tied to the same rationalism, empiricism, and literalism that simultaneously empower and enshroud the thinking of the scientists they regard as intellectual threats. The systematic theologian and the atheist proof-texter compiling verses to reveal God’s aberrant character are alike in that they subject God to a logical system, and look askance at mystery and contradiction as flaws to be resolved.

And so the atheist scientist, like the theologian, must restrict his field of inquiry. He cannot entertain the possibility of truths beyond material or logic, because he has no toolbox for ascertaining these.

Too many preachers, meanwhile, having imbibed a modern notion of linear time and progressing human comprehension, cannot entertain what science suggests about the age of the universe, say, or natural selection.

Both sides spring, in other words, from the same intellectual tradition. They are warring brothers, trapped in an invisible fish tank, breathing the water of the Enlightenment without being cognizant of doing so. Still, I think putting them together is a good start.

Maybe Darwin was right, after all. Maybe fish really can learn to speak to each other.

Tony Woodlief lives in North Carolina. His essays have appeared in The Wall Street Journal and The London Times, and his short stories appeared in Image, Ruminate, Saint Katherine Review, and Dappled Things. His website is www.tonywoodlief.com.

Picture above by Horia Varlan, used under a Creative Commons license.