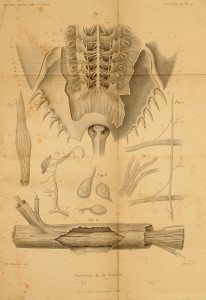 Horseshoe crabs are not on anyone’s list of favorite animals. Looking like slow-moving tanks, they hit the beaches of the Atlantic Ocean in late spring to spawn. The only thing about them that might be perceived as warm and fuzzy, garnering them a spot on the favorite animals list, is that they breed at twilight surrounded by soft sand and the sound of the surf. Thus they have done for 450 million years, evolving so slowly that a modern horseshoe crab is nearly the spitting image of a fossilized one.

The name of the horseshoe crab and the adjectives used to describe it are misnomers. It isn’t a crab, and its helmet-like shape only vaguely resembles a horseshoe. Beachgoers often describe them as primitive, crawling out of the dawn of time. But primitive is a value-laden term implying simplicity instead of complexity, and favoring the latter.

Horseshoe crabs have also been called living fossils, but that term is an oxymoron and should be deleted from the scientific lexicon. Not that the horseshoe crab cares what it is called and what labels are applied. During its long tenure on this planet, dinosaurs came and went, meteors crashed into the earth causing mass extinctions, volcanoes spread ash around the globe, and ice sheets buried the land. No matter—the horseshoe crab kept on going, living its humdrum life, and surviving as one of the fittest.

One aspect of evolution we sometimes neglect in our thinking is that not all life forms have needed Darwin’s “descent with modification” to the same degree to survive. In no way does this disprove the theory of evolution. In fact, Darwin recognized that lack of competition in a stable environment could remove the pressure on a species to evolve.

Nonetheless, some creationists have latched onto the horseshoe crab as a poster child for complex design, springing into unchanging totality on the fifth day of creation. They overlook God’s pronouncement that creation was good, not perfect. In Hebrew, the word good (tov) has the sense of interlinked effectiveness. When all of creation is working together, it leads to a fruitful tomorrow instead of a static today, and God is well pleased.

What is the secret of success for horseshoe crabs? What can this ancient-of-days creature share with us poor humans who have only walked on Earth in our modern Homo form for a measly 200,000 years or so?

First, they are generalists eating all sorts of things, primarily worms and mollusks, but not turning down a tasty small fish when the opportunity arises. Second, they are ecologically adaptable. They can live in warm or cold water under varying conditions of salinity, temperature, and oxygen levels.

Also, they are anatomically adaptable. For example, their legs are for walking and swimming, but they are also for grinding food (functioning like jaws) before delivering it to the mouth that is centralized between the five pairs of legs. Their gills (called book gills for their page-like structure) are for respiration but also help with swimming. They have nine eyes as well as photoreceptors, which enable them to see in low light.

Then there is their sharp spear of a tail that is actually an efficient tool for righting themselves if they get accidentally turned over on land. Since they swim with their shell below instead of above, the tail also acts as a kind of rudder. And in their favorite medium of mud, the tail shoves.

Most amazing is their unique way to battle bacteria in their bodies. They do not have hemoglobin, which uses iron, in their blood. Instead, they have hemocyanin, which uses copper; hence their blood is blue, not red. Even more amazing, the blood contains amebocytes that detect the tiniest amount of bacteria and the toxins they produce, and then coagulates them, rendering them harmless.

This attribute has not been lost on pharmaceutical companies, which test new drugs using horseshoe crab blood. Yes, they are actually caught, cut, bled, and released back into the ocean, although some die and many are weakened in the process. So we are all beholden to the horseshoe crab for our health. All this from a primitive living fossil that wasn’t created perfect but was certainly created good.

The relationship between simplicity and complexity is, well, complex. It is far easier to determine if a mathematical problem is simple or complex than it is to determine the same thing about a living being, even a single-celled bacteria. Too often our assessment of simplicity is more indicative of the limits of our knowledge than of reality.

So also lack of anatomical change (anatomy being what is preserved in the fossil record) does not indicate the absence of evolution. Add to this our human propensity of being fascinated, and often hoodwinked, by complexity, failing to see that one of the gauges of value should be functionality.

Does it work? Is it good? For the horseshoe crab, the answers are that it works and it is very good indeed.