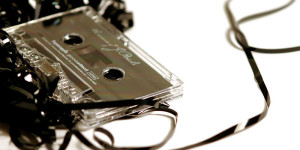 It’s been a rotten day. The Fed Ex package didn’t arrive; a typo slipped through several levels of Edit. The leaf blower crapped out but not before spitting out a pile of half-masticated leaves onto the wet sidewalk, so that now the concrete looks like a rusted boat hull. The auditor is suspicious of that high overhead rate. The toddler peed on the carpet. And all the high school kids think Ronald Reagan was president in World War II.

On that kind of day, I just make it to the end, make sure my children are fed and have brushed teeth, pour a glass of wine, and pull out the book I almost always pull out at the end of a bad day—arranging the sofa throw just so over my knees. Salud!

If you read at all, you likely have a book like this. (My husband’s is What If, which presents alternative outcomes of historical events.) Perhaps it’s even the Good Book (you are a better person than I). In my case, though, the reassuring tome at the end of the day is the collection of essays Off Ramp, by Hank Stuever.

Hank Stuever, if you don’t know him, is currently on the television beat for The Washington Post, but was a Style section features writer before that, and still before that had a varied career with various newspapers and alternate weeklies in mid-size cities around the country—a familiar media career path in The Last World, before the late disruption in the newspaper industry.

It’s via his Style section pieces that I came to know and love the Stuever oeuvre. In part, this is a function of the particular point in time when he was writing these pieces; similar to the way that a certain comic narrative tone can evoke The New Yorker in the Algonquin-round-table-age, Stuever’s Style essays perfectly evoke the tone, at once both earnest and world-weary, of the 1990s into the early 2000s.

The resonances of that time are personal, of course—they were the last years of my singledom and first years as a (not-so) young bride, before childbirth ripped my metaphysical fabric—but they also represent the last hurrah of modest, just-hopin’-for-the-best Generation X, before it was eclipsed by the tech-obsessed and glib Gen Ys and Millennials.

Here, for example, are the first two paragraphs of “In the digital age, the quaint cassette is sent reeling into history’s dustbin,” which appeared on the front of the WaPo Style section on October 29, 2002:

In 1923, Fritz Pfleumer, a chemist in Dresden, was coating thin strips of paper with magnetizing chemicals, so that he could attempt to record sound on them. Sixty years after that, a girl said, “Your music depresses me,” and handed a boy back the cassette tape he had made for her on the stereo in his bedroom.

Another 20 years drift by: Someone has left a ripped Dean & DeLuca grocery bag filled with some cassette tapes, a broken telephone, three sweaters and two T-shirts on a sidewalk on Connecticut Avenue. The tapes include, but are not limited to, Squeeze, Willie Nelson, something called “Burning ‘70s Disco Party,” and the soundtracks to “Dances With Wolves,” “Dick Tracy” and “Flashdance.” There are also tapes by Rufus with Chaka Khan, Tracy Chapman, 10,000 Maniacs, Juice Newton, the Beach Boys, U2, Huey Lewis and the News, Nana Mouskouri, and three pink-and-yellow 60-minute TDK brand cassettes—two unlabeled, and one labeled “Run.” There is also a color snapshot in a plexiglass frame of three women holding what appear to be tropical-flavored alcoholic beverages.

It was really hard to excerpt just those two paragraphs. But these two—with both economy and expansiveness—limn the classic Stuever approach: the breezy mix of High and Low, the generational cultural nods, the hint of nostalgia cut with the tincture of self-deprecation. To say nothing of the sentences that go on and on, a pleasure to read in themselves.

As Stuever himself might say, You can’t eat just one. With that in mind, and in the spirit of the impending season, enjoy the opener to “A Radio Shack love story (some assembly required),” which arrived in the Washington Post on Christmas morning of 2003.

Radio Shack and the American consumer have a comically codependent Christmastime relationship, defined by both affection and hot tempers. Radio Shack is a wonderful place for last-minute gifts, and also last-minute tantrums. (Tantrums about refunds, about coaxial cable, about credit checks on wireless calling plans.) Of all the chain stores you could storm out of, there is none more satisfying than a Radio Shack, which, on some level, seems fine with Radio Shack, because they know you’ll come back. You also know you’ll come back. It’s a love story.

I have a suspicion, at this point, about what you, Reader, are possibly thinking. You are thinking, well, that is some clever writing there, but the pull is nonetheless shared Gen-X cultural identification, and perhaps nothing more than that.

Even in that, though, is the infinite. Look what Stuever does at the end of his cassette tape Style section piece, how the time-bound theme telescopes out into metaphysical longing:

A cassette tape lets you know when it’s dying.

It starts to give off the sound of music that would be played by a very small band in a suitcase, and then it sounds like that suitcase is inside another suitcase. It sounds like the singer is wearing little socks on his teeth. Consonants go away. Dolby Noise Reduction technology gives up, and if you didn’t know what “Sussudio” meant in the summer of 1985, then there’s no hope of knowing now, not when you pop in the cassette version.

But that doesn’t even get into Stuever’s Off Ramp, and why it is the book I pull out, along with my Lanz nightgown, on those weary Friday nights. Consider this a preview.