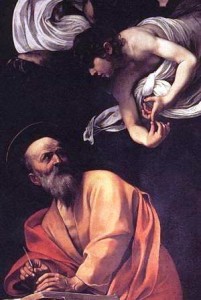 George Scialabba retired from his job this October. He had worked at Harvard University for thirty-five years. But not as a professor. Scialabba was a clerical worker and building manager. A piece in the Chronicle Review about Scialabba’s career as a writer and book critic described his day job as “low level.”

Scialabba has, more even than most writers, kept to the sidelines of public life. He worked at the very margins of academia. He has written critical essays and book reviews from a position that is self-consciously “unaffiliated.”

Because Scialabba wanted to be free, of course. He wanted to think and write freely. This, Scialabba thought, has gotten harder and harder to do.

That’s because (as he put it in an essay entitled “What Are Intellectuals Good for?”) we are facing, in the late twentieth and early twenty-first century, a general truth:

Intellectuals have indeed been incorporated en masse into the power elite, making the “transparent social relations” Merleau-Ponty looked forward to that much more difficult and distant.

Scialabba’s heroes are the men and women who have, as intellectuals, managed to keep themselves from being coopted by the “power elite.” These are people like the aforementioned Merleau-Ponty. Or, more recently, Noam Chomsky.

But George Scialabba’s true obsession has always been the so-called New York Intellectuals. Diana and Lionel Trilling. Irving Howe. Irving Kristol, the group around Partisan Review, a Leftist quarterly synonymous with New York intellectualism in its heyday, the 1930s to the 1960s.

Scialabba has, on many occasions, quoted the following passage from Irving Howe about what made the essays of the New York Intellectuals so special:

It is a kind of writing highly self-conscious, with an unashamed vibration of bravura and display. Nervous, strewn with knotty or flashy phrases, impatient with transitions and other concessions to dullness, willfully calling attention to itself as a form or at least an outcry, fond of rapid twists, taking pleasure in dispute, dialectic, dazzle—such, at its best or most noticeable, was the essay cultivated by New York writers.

The trick in producing this kind of writing, this kind of thinking, is in getting the stance right. The New York Intellectuals, people like Howe and Trilling, had a kind of confidence and self-assurance such that they could speak boldly about anything they liked. This confidence came from feeling they knew and understood the society in which they lived.

But they never let themselves get too close to that society. They stood within it. And, at the same time, they also stood outside.

How to get that balance? It is a serious question, best asked with spatial metaphors. We use words like “distance,” as in the phrase “critical distance.”

To write an essay as exciting as something written by Irving Howe, you’ve got to find just enough distance to create that sense of sparkle and surprise. Yet, not so much distance that the voice becomes alienated or alienating. Scialabba once wrote about this tightrope act in an essay about Michael Walzer:

In normal times, for ordinary purposes, the temperate, scrupulously nuanced, moderately forceful criticism of the typical connected critic—of Walzer himself—is appropriate. But sometimes maximum intensity—an axe, a charge of verbal explosives, a burst of white heat—is required, whether for immediate effect or in helpless, furious witness. A sense of the simultaneous urgency and futility of much social criticism—i.e., the tragic sense—is a necessary part of the critical temperament. To resist this sense is the critic’s everyday responsibility. To give in to it, to risk excess, loss of dignity, disconnection, may also, on occasion, be his duty.

You could say, then, that the New York Intellectuals were in a constant struggle, bouncing back and forth between what Scialabba calls the “everyday responsibility” and the “occasional duty.” To be able to do that requires something almost like a split personality, or a consciousness that hovers just on the cusp of belonging and not-belonging to the culture in which one lives. For Scialabba, it meant being at Harvard University, amongst the best and brightest, for thirty-five years…but as a clerical worker.

In discussing George Scialabba, it is sometimes mentioned that he was, as a young man, an ardent Catholic and a member of Opus Dei. He quit that business early on. He turned to the secular Leftism of the New York Intellectuals and never looked back.

Except that I think he has been looking back all along. Not to religion or theology in any explicit way. But to the fundamental problem of the prophet, the biblical prophet as we find him in scripture.

For the problem of critical distance, the problem that Scialabba has been wrangling with all his life, is the problem of Isaiah and Jeremiah and Ezekiel. I don’t mean this in a metaphorical sense. I mean it literally.

“Sing unto the Lord; for he hath done excellent things: this is known in all the earth,” intoned Isaiah, speaking moderately. But then in a burst of white heat, “Therefore is the anger of the Lord kindled against his people, and he hath stretched forth his hand against them, and hath smitten them: and the hills did tremble, and their carcasses were torn in the midst of the streets. For all this his anger is not turned away, but his hand is stretched out still.”

Doesn’t Irving Howe’s description of the writing of the New York Intellectuals apply just as well to Isaiah? “Nervous, strewn with knotty or flashy phrases, impatient with transitions and other concessions to dullness, willfully calling attention to itself as a form or at least an outcry, fond of rapid twists, taking pleasure in dispute, dialectic, dazzle.” George Scialabba knows better than most: That little bit of distance, that crucial slice of real estate is necessary to prophets and critics alike.