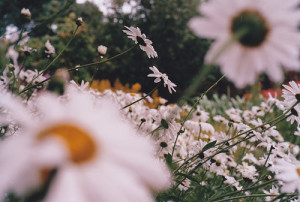 My six-year-old son caught me off guard. “I wish we had a backyard,” he said one afternoon. He had been playing more or less quietly with his Legos, and I was enjoying a book.

“Then we could just play outside and you wouldn’t have to watch us,” he said, and I knew he meant that he could play outside while my wife and I could stay inside doing the kinds of things we give as reasons we can’t take our children to the park, like working, cleaning, preparing dinner.

“Yeah, buddy, that’d be nice,” I agreed and let the subject drop.

I omitted any mention of how he hit on one of the only regrets I have about not owning a home—and the only regret on that short list that makes my heart ache when I think of it.

There are plenty of reasons we don’t own a home, though none of them assuages that twinge of regret or quells the voices from our childhoods repeating platitudes about the American dream and the best investment you can make and all that. It’s not that we’ve discovered some house-free life secret or intentionally chosen to rent. We always thought we’d buy a house; we still think about it. It was the story we learned, the story we’d told ourselves since we got engaged.

But, year after year, job after job, it’s the story we’ve had to revise—one of many stories we’ve had to revise as we’ve encountered that elusive bugaboo, reality, that shape-shifter that everyone appeals to but no one has ever described accurately to us.

Everyone knows the main American story because we’re still telling it: Go to school, get a good job, start a family, buy a house, retire to travel and spend time with the grandkids. Growing up, the American story was not the rag-to-riches story so much as the tale of a regular person overcoming minor obstacles to finally live a quiet, comfortable life.

Well, apparently that life may not exist anymore. Maybe it only ever existed for some people for a brief time. My grandparents may have been the last generation to live that story; my parents certainly didn’t.

We tried to live that story. We did college, then graduate school, took out loans and learned to live comfortably on a shoestring. But we weren’t told some important parts of the story. For one, my wife wanted to work with underserved populations as a psychologist, but those jobs do not pay so well as the jobs serving the already well-off. Her first few years as a practicing psychologist remained thin years.

I finished my PhD in English the year the economy tanked—another complication no one prepared us for. One-fifth of the hundred jobs I applied for canceled their searches, and about half told me I had been up against anywhere from 300–800 other applicants. We had two doctorates, but for the first two years of our first son’s life we were working part-time for pittances and paying over half our income to rent and student loan debt.

At every stage of our careers, we’ve discovered that work has been less stable and life more difficult than we’d been told to expect. Mama decidedly did not say there’d be days like these.

And we’ve been bitter, to be honest. Bitter toward the talking heads of our youth. Bitter toward our well-meaning but shortsighted teachers. Bitter toward our parents, who should have known better than to let us get into so much debt. It felt like every older, more experienced person in our lives conspired to let us dig a huge hole for ourselves while impersonal corporate forces worked to push us into it. So much for the American Dream.

Now, I grew up conservative working-class, so I already have the voices in my head telling me to take responsibility for my own actions and to stop complaining. This isn’t about federal debt relief or running away to Europe to escape our obligations. Think rather about that moment in Gravity when Sandra Bullock is suddenly and violently ripped away from what tethered her, thrust upon her own resources to fight her way to survival. We thought we had been doing the responsible thing, but then they changed the rules on us.

Maybe this is the part where I’m supposed to talk about how God has a story for us and we just have to figure out what that is (is that just a Protestant thing? I don’t know). Providence is a mystery to me; I prefer to believe that God can turn any good work to good effect rather than that I just have to slide into some groove.

And I’ve met people who learned a different story, one where they get to play a part in writing their own lives and in writing the stories of our nation and of our faith. I don’t know where they got that, but I want to eat their brains to figure out how they do it, it’s that baffling to me.

Maybe we’ll never own a home. Maybe we’ll never pay off our loans. I don’t know because I’m smack in the middle of the third act and someone’s pulled a Charlie Kaufman reality shift on me. I know God oversees the world and will provide; that’s been an important theme in our marriage. What I’m learning, though, is that this next stage will not really be that different than the previous. Each step is revising a received narrative. Each day is pulling the pen across a blank, possible page.