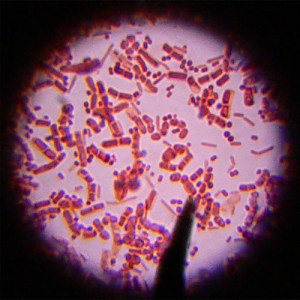 Last week, I walked up Dale Street from the train station. It’s a perilous walk owing to the lack of shoulder and the speed at which people drive, a recklessness passed off to people living in poor neighborhoods. Shattered green glass, no trees to bar the bright spring sun, bits of fluttering paper garbage—anonymous love notes maybe—caught in the fence separating Interstate 94 from St. Paul’s steep hills. The Islamic Center sprawls in a field across from the freeway, looking nondescript and like a poorly advertised Walmart; sometimes you have to hide your love notes to live in peace.

In the past several years of walking almost everywhere I need to go, I’ve become accustomed to nearly being killed by drivers. Usually it’s mistake or distraction, but occasionally I see “Die, bitch” on someone’s face, and I’ve known what that looked like since I was a kid.

But, still, I take long ambling walks when I’m processing a project in which suffering from disease becomes apparent in the data.

People say you become what you study, but they rarely talk about falling in love with what you see, love from a habit acquired or a gradual taking in of information. Maybe it’s because we’re always deriding people for what they love, restricting love to direct object rather than pathway.

Someone recently told me it was terrible to love microbes when they cause so much suffering, but how can I study them or know anything about them without falling?

Last summer, I reported on findings that Yersinia pestis, the bacterium that causes plague, had been endemic for 3,000 years prior to the first recorded epidemic in 541 AD. It likely arose in the Bronze Age in what is now Armenia, evolving into its horrific bubonic form in 951 BC and spreading throughout the Middle East as people ran to or from war. When Jesus was walking about the earth, Y pestis and its accompanying destruction would have been all around.

Yersinia was my favorite bacterium to study in grad school. It has what you might call intelligence for lack of a better word. Like most bacteria, it knows how we behave and where we’re vulnerable. It doesn’t display the same level of intimacy as a virus, that prodigal cellular material that went rogue eons ago and likes to return with a decent map of the doorways. But Y pestis lives alongside us, moves when we move to kill or steal or manifest our awful destinies.

And now we know that it lived alongside Christ, wrote destruction into the people around him. I wonder what he thought, how he prayed, watching the beloved one-celled creature that once struggled into life when life was dear, while at the same time watching beloved friends suffer from its ravages as their nations’ armies yearned toward that pre-life, soupy hell of a world.

I’m not sure where any of this is going—my walking ruminations, or the status of the post-life world. I wanted to express how I can fall in love with anything the more I look at it, how I learn to love people through looking at things, even the things that hurt them. Observation accumulated over time—that steady, unwavering gaze—feels like prayer and the best way to ask for salvation.

My salvation is the staring kind, the falling-in-love kind; the kind where you beg God to look through your eyes and see the softness of all things, where you use your gaze to protect from fear and harm.

I don’t love suffering. I feel like love can be the act of carrying numbers that are bacteria and data that is people. I can accumulate many things and turn them over; I can study hard and let prayer overlap. Sometimes I think each virus and bacterium is a tarot card, reaching deep into the subconscious to tell us about our ancestral and present selves. Sometimes, I think they’re dreadful and worthy of total destruction, though destruction has been a path historically rife with unpleasant surprises for humanity.

When I walk, I notice relationships between my body and the world around me. I think of how viruses still consider our cells their long-lost homes, how without bacteria we never would have been; how parasites and hosts occasionally forget who is performing which role.

I’m being romantic again, absurdly feminine like all those silly females passing on bacteria-turned-mitochondrial-DNA and barring the return of that pre-life world. We are always taking in and bequeathing, always full of prayer for the tender world when harm is at our heels. The inheritance of mitochondrial DNA means that “Die, bitch” hath (almost) no sting.

As I reached Dale and I-94, I stopped to give a few dollars to a man asking for money. The police say you’re not supposed to, but my dad would, so here we are at inheritance again. The man responded by stepping into the street and blocking traffic so I could cross. That’s the kindness of people on foot: that recognition that you’re the two softest things around and softness makes you vulnerable to harm. Harm and salvation, always linked.

He wore a scarf down to his kneecaps, and I don’t know what that means, but it seems important. Maybe it’s just important to look at things closely. Silly things that trap themselves in my mind and turn over and over in that parasite-host performance until I can’t tell what’s prayer and what’s study, what’s me and what’s some small, soft thing I’ve managed to pick up and carry around.

Image produced above is by Umberto Salvagnin, licensed by Creative Commons.