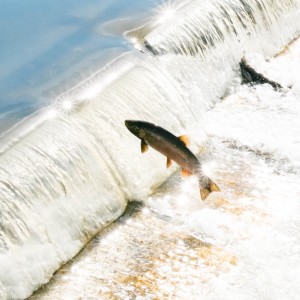 After one glass of wine, one poetry reading, and two hours, my bill totaled $452.21, and I hadn’t even bought Paul Nelson’s book.

At least the tow truck driver was apologetic. “I waited as long as I could before I hooked up your car. I just got here ten minutes before you.”

I could tell he thought the sort of person who drove a fifteen-year-old minivan with a Coexist bumper sticker was the sort of person who’d only park in a posted We Tow Unauthorized Vehicles lot in an emergency. So he had dawdled, waiting for me to come running, shouting “wait!” offering a profuse apology and compelling excuse (a flight, a funeral, brain surgery), whereupon he could issue a warning and return to his dinner.

But there I was, a willful and flagrant violator, who’d parked her car at 7 p.m., and hadn’t returned until nine.

My excuse was flimsy: I was late; the restaurant lot and street parking were full; I didn’t know where else to park.

He kindly offered suggestions, all of which seemed reasonable, and none of which crossed my mind at the time. At the time, the empty lot across the street beckoned like an oasis—an oasis with We Tow signs ringing the perimeter.

“Since they closed at five, it’ll be okay,” I told myself when I parked, and repeated to Ron from Bethel Towing.

“They can tow you anytime if it’s signed,” he said, “Plus the owner lives onsite.”

I imagined the owner—George C. Scott as Scrooge—in the gabled attic, fuming at my blatant disregard of his rules, intent on teaching me a lesson, as if I were a lawless “ask forgiveness later,” not an “ask permission first” person.

I’m the daughter of a sheriff who crafted an aerodynamic paddle for disciplining me. I’ve known since birth: don’t do the crime if you’re not prepared to serve the time.

I’ve accidently run red lights and stop signs, but in thirty-eight years of driving, I’ve received only one ticket: for a left turn at a posted No left turn. I broke the law to avoid becoming lost, and no sooner had I rounded the corner than a motorcycle cop materialized, siren blaring, lights flashing.

For the sake of a poetry reading I parked where I did, sending an F-U to the property owner and public order. I waltzed in, sat down, and lifted my glass: To poets, we the special and set apart, for whom the rules don’t apply.

I listened as Paul Nelson swept me to the San Juan Islands’ Pig War—one pig the only casualty because a British admiral refused a direct order to send troops ashore. From there Nelson sailed south into Puget Sound to the town of Slaughter and marched us into the experience of Japanese strawberry farmers, herded into relocation camps like criminals during World War 2.

Another poet read about salmon returning to the Elwha River in Olympic National Park. After a hundred years of throwing themselves fruitlessly against the dam, their way to spawning grounds has cleared, and now a man camps near a quiet pool where salmon lay eggs, self-appointed guardian of their safety.

At twilight I returned from poetry of wars and water to the glaring reality of an empty parking lot, blinking in case my car’s disappearance was a mirage. I hitched a ride to the grungy lobby of Bethel Towing, trying not to act as guilty as I felt.

When I am deliberately disobedient, I am caught. Always.

It was trivial, this incident, compared to the plight of millions who pummel against the punishing world daily, wrongly penalized and suffering. But still, I felt like a salmon, hurtling toward a concrete barrier. If I couldn’t keep my car out of impound, how could I change anything, save anyone, including myself?

The poetry-fueled desire to be noble and heroic—standing up for injustice, tearing down dams, unleashing a river of beauty into the world—fizzled under fluorescent lights and grimy carpet. Who was I fooling? My disobedience has never been civil—protesting evil or oppression, risking arrest for the greater good—my disobedience has never served anyone but me.

Avoiding eye contact, I stared at Ron’s grease-streaked arms as he filled out forms and slid them to me for signature. He handed back the Impounded Vehicle Hearing Request saying, “You forgot to sign this.”

I had ten days to request a hearing to contest the validity of the impoundment, as if any judge would waive the penalty on a plea of narcissism.

Though I flaunt rules when it serves me, I do believe in judgment. Selfishness has a price, and often I’m waiting to find which floor my elevator-to-hell will open on, beating myself up in advance for good measure.

That I could—not that I would—appeal for mercy meant there was a remote chance punishment doesn’t always fit the crime; that we humans might act like God on occasion, opting for mercy and pardon when penalty is due.

But did that apply to me? My thoughts about my actions are murky and as difficult to follow as the Apostle Paul’s I-do-what-I-don’t-want-to-do-law-and-freedom discourse in Romans 7.

I paid my fine and Ron escorted me by flashlight to redeem my van, parked so close to the fence that I brushed against electrified wires (thankfully dead). I drove away gulping, fighting off the shame of my folly, and asking myself if, instead of adding car impounded to my long list of moral failures, I might consider that though I’m selfish, a sinner, I’m also simply human.

“The Japanese have a saying,” the poet Paul Nelson said that night, and I wrote down the English translation, not knowing how soon I’d need it:

What has been done cannot be helped.

Image above is by Taomeister, licensed by Creative Commons.

Cathy Warner is a writer, workshop leader, editor, and home renovator in West Puget Sound. She is author of the poetry volume Burnt Offerings and shares the job of Good Letters literary editor. Find her at cathywarner.com.