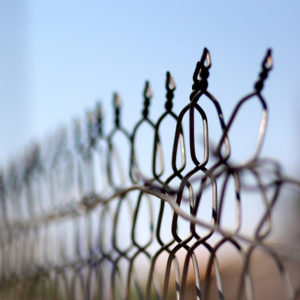 We are living in a world that is absolutely transparent,
and God is shining through it all the time…
—Thomas Merton

There were young men out in the streets of Hamtramck blowing things up last night. God knows what they’d gotten their hands on. Could have been small sticks of dynamite for the blast it sounded, bouncing down Mitchell Street and then ricocheting along the concrete and the bricks of Joseph Campau Street.

The blast silenced the sound of the late evening birds. The birds stopped, waiting to know more. And then, after a few seconds of tense, blessed silence—a silence of the hovering kind that settles upon the earth when a big noise has shaken all the living things—after that brief period of intense silence and waiting, a couple of birds started up again with the squawking and the tittering and a small, though desperately insistent peeping.

And then I exhaled. And she did too. As if all of us are just taking our cues from the birds.

My Lord, I thought, have we been following the birds all along? Do the birds let us know when it is safe and when it is not? Would we even know how long to wait in silence if it weren’t for the birds?

A few minutes later there was another explosion.

A few minutes after that, there was one more, the loudest of the three.

Sure, the last explosion was the loudest. But it was boring by then. The birds didn’t even stop their twittering. The world no longer cared to pause in hovering, frightened anticipation for the next, potentially horrible sound.

The wailing of a single human voice. The faraway howl of a siren getting closer and closer, coming this way. The harsh rumble of men yelling at one another at close quarters. Those are the sorts of sounds you expect to hear when you’re waiting for the other shoe to drop.

After an explosion, those are the sounds that come next.

Unless the explosion is nothing at all. Just kids playing with dynamite, or the malfunctioning exhaust of another car or truck that shouldn’t be on the street.

People in Detroit hold their cars together with tape and with wire and with string and with whatever else they can find. They tie a piece of rope around a muffler that’s about to fall off and then tie the other end of the rope to any part of the car that seems like it will hold. People do this. I do this.

Often enough, so the evidence along the roads can attest, this doesn’t work. You pick the wrong part. The stable part wasn’t so stable. Both parts fall off.

Often enough, the car or truck just rambles on down the road, driving down Oakland Avenue less one part. The cars and trucks of Detroit leave many of their parts to rust and decompose along the sides of roads that the city stopped cleaning regularly a long, long time ago.

When people aren’t driving around the streets dropping car parts on the road, they’re renting out spaces in dilapidated commercial buildings in order to start up small businesses.

A man just down the road opened up a storefront business not so long ago. His plan was to sell tea and chaat.

Chaat is a South Asian dish. There are many Bengalis in my part of town. With chaat, you get a mixture of potato, fried bread, chickpeas, spices. All kinds of things. Throw some yogurt on there. It’s street food.

It was not a terrible idea to sell tea and chaat in Hamtramck.

The man decided to make his business a pay-what-you-will establishment. You come in, you get your chaat, and then you drop a few bucks, whatever you want, into a dirty cup. Most people paid very little, or nothing at all.

For weeks, everybody in the neighborhood had a cup of tea in one hand and a bowl of chaat in the other, munching the day away. Those brief days were the days of chaat, I’m told. I happened to be out of town.

There was chaat everywhere, chaat in the streets, bits of fried curried whatnot floating in the breeze, chaat smeared on the faces of children, chaat in the dog shit on the sidewalk, chaat used as raw material in the nests of birds, chaat in the sewers, chaat in the drains, chaat in conversations, chaat and the ingredients of chaat buzzing in the collective hive-mind of the citizens of this several square block section of Hamtramck in the urban region of southwest Michigan known as Detroit.

Yes, they were the days of chaat. As soon as they’d begun, they ended. The chaat man went away, finished with his delusion, or scam, or moment of genius, or whatever it was. The shop shuttered up again, as they always do here.

People went inside and made their own tea, if they made tea at all. And the birds went back to building nests with twigs and scraps of garbage.

Image above by Kevin Dooley, used with permission under a Creative Commons license.