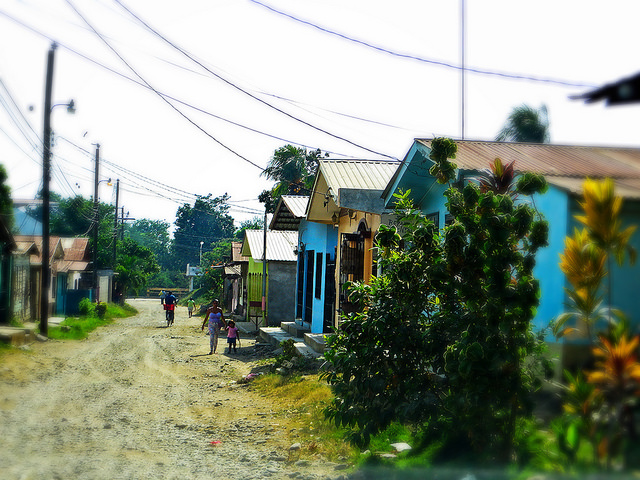 The following is excerpted from Attending Others: A Doctor’s Education in Bodies and Words, a new memoir by Brian Volck.

In the mountain clinics of rural Honduras, where every medicine and piece of equipment arrives by pickup or is carried on our backs, there’s no way to bring all we want or need. Before heading out, we listen to the locals, ask doctors who’ve been before, and assemble our materials accordingly.

Tylenol and Motrin, vitamins and antibiotics, soaps and toothbrushes are stuffed into plastic bags and shoved into backpacks. We make room for a scale, thermometer, paper and pens, as well as personal medical equipment: stethoscopes, flashlights, blood pressure cuffs.

Whatever else comes along is the result of an educated guess.

In the field, we fit what we have to the needs at hand. There are always surprises, unexpected injuries, and conditions unaccounted for. If there’s time and transportation, we refer these to base clinic. Otherwise, we improvise.

A piece of wood paired with cloth and tape will splint a broken limb. A large bandana makes a sling. Pain relievers cover a multitude of sins.

Honduran campesinos know about improvisation and making do. If a woman in labor can’t walk to the clinic, she’s brought by bamboolance: a hammock strung on a long bamboo pole, carried by men at each end. Elderly patients travel in the bed of a truck or on the back of a mule. Families use home remedies when the doctor’s far away.

Above the village of Llano de Balas, a winding footpath leading seemingly nowhere unexpectedly spills onto an abandoned soccer field. The spectacular view is enjoyed chiefly by cattle grazing near crumbling goalposts, but a small hut stands past a stone wall on the far side. Its walls are sticks and mud, the thatched roof dark with smoke from many cooking fires.

We’d been asked by some villagers below to visit the elderly couple living there.

Our medical team was small—a resident and a medical student, a nursing student, my son, Peter (then in high school), and me. We were lightly equipped, having left most of our supplies in the village schoolhouse. It was a cloudless afternoon, and we saw no one moving in or around the house until we were very close, when a woman came to the window and gestured us toward the side door.

Chickens cackled in the shade. A small fire burned under a pot.

The woman who lived there was completely deaf. She read lips, though, and could follow along if we kept to Spanish. She laughed when she discovered the medical student was named Julie, close enough to her own name of Julia to insist on an embrace.

Julia’s husband had been blind from cataracts for two years. How the two of them communicated is a mystery, but they managed, our incomprehension notwithstanding.

He’d worked fields his whole life, but his growing need of assistance discouraged him. He sat on a low wooden bench rubbing aching joints. A chicken pecked at the ground underneath, a string tied to one leg to keep the bird from straying. The man blamed his blindness on blowing sand that irritated his eyes while farming, but he spoke without hint of self-pity.

All he wanted was to farm again, and for that he needed to see.

We were reasonably confident about his diagnosis of cataracts. He’d been previously evaluated by a visiting doctor who recommended an ophthalmologist in El Progreso, hundreds of miles away. He could get the necessary surgery there, but he must first arrange transportation and a place to stay in town before and after the procedures. He had no money and no relatives in El Progreso.

Even if he did, how would he make the treacherous hike down the switchbacks to Llano de Balas, then up the mountain and over the ridge to the road, from which, at last, he could take a bus? It takes a fit, sighted person half a day to walk that route. For him, who knew?

And what would his wife do in his absence? Neighbors could take her in or look after her, but he’d worry about her, so far away and without his help. And even if they could go together, carried by bamboolance or riding on mules, this house was the only place they had ever known.

Central American cities are rarely hospitable to penniless strangers. How these two would survive without relations or friends was anyone’s guess.

We listened intently and asked polite questions, but it was clear we weren’t going to improvise a way out of this. We offered halfhearted suggestions, faces falling even as we spoke. Yet when I stepped away to mull things over, I saw what the others were doing. They stood erect, leaned in to better hear what was said. Those with better Spanish repeated the couple’s words aloud, first in Spanish and then in English, making sure the rest understood.

Everyone spoke slowly, visibly considering what they were about to say. Even my teenage son carried himself with dignity, attending to what these two—one blind, one deaf; both scarred by hard living—had to share.

The couple thanked us repeatedly for coming. We stayed awhile, enjoying each other’s company. We took photos and Julia laughed aloud at her digital image. We had nothing to fix their problems but, as if to relieve our collective conscience, left a bottle of Ibuprofen tablets and several bars of soap. Then we said our farewells and started back, descending the switchbacks in silence.

No one spoke for a long time after.

From the point of view of scientific medicine, we’d done nothing for them. We discussed possible treatment options, but these were words, not actions. Far from expensive technology, we exerted none of our vaunted control power, made no significant changes.

And when, on our return to base clinic, we asked members of the committee for money to bring the couple to El Progreso, they told us of equally pressing needs, closer to home, for which they had neither funds nor material resources.

Under the circumstances, we had given them all we could: our time, our presence, our attention. We visited them in their home. We listened to their stories. We stood in witness. We carry them in memory.

In a brief intersection of radically different lives, we acknowledged one another’s frail humanity. That was our therapy, a word from the Greek, therapon, “one who attends.” As medical professionals, we’d come wanting to do so much more.

Brian Volck is a pediatrician who received his MFA in creative writing from Seattle Pacific University. His first collection of poetry, Flesh Becomes Word (Dos Madres), was released in 2013. He is coauthor of Reclaiming the Body: Christians and the Faithful Use of Modern Medicine (Brazos). His essays, poetry, and reviews have appeared in America, The Christian Century, DoubleTake, and Health Affairs. His newly released Attending Others is a highly personal account of what the author learned about medicine after he completed his formal education. Attending Others: A Doctor’s Education in Bodies and Words, published by Cascade Books is also available at Amazon.

Image above by Kristin Klein, used with permission under a Creative Commons license.