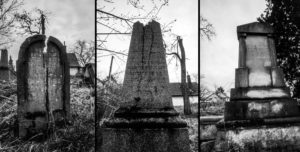 A few weeks back, the news related a story that a confederate veteran killed at Shiloh and buried under the wrong name for one hundred fifty-four years will now have that mistake rectified.

Augustus Beckmann was buried under the name “A. Bergman” at Camp Chase Confederate Cemetery in Columbus, Ohio. The descendants of the German immigrant, who fought in the Texas infantry, discovered the mistake while on a visit to the memorial grounds. Thanks to a refreshingly un-bureaucratic government response, a new stone with the correct name will be put in place. It should only take sixty days to fix an error that has lasted a century and a half.

“But why all the bother?” some might ask, for a man who even the descendants knew little of (except for the touching tale that Augustus’s brother fought alongside him at Shiloh and never learned the fate of his sibling). And it’s only a few letters, too: it should be a c instead of an r, and add another n at the end. Close enough, it could be argued, considering how little it all matters now.

And yet, it does matter; supremely. It matters so much that it makes my skin crawl to think of it. I want a follow-up story when the new stone is put in place and a picture of the corrected name on the discreet little white slab, confirming the matter.

For above what little remains of Augustus’s body now, his name will soon rightly abide. It was awful that it was not so for all this time. One of my favorite books even testifies to the offense. Buford, at the end of The Violent Bear it Away, shames young Tarwater for failing his old uncle by not burying the man in a proper way, as he’d promised to do—by not placing his name above his head so that his Savior could call him by it when he came.

I understood that offense deeply when I first read those words, and because of that I say “well done” to Augustus’s family; well done for righting a wrong too long in the bearing.

Given my own unusual moniker, I am particularly sensitive to names—what they mean literally and what they stand for metaphorically—and have written on the subject. Names are more than conveniences—more than just auditory “handles” and “hooks” by which we can grab hold of another person and turn his head in our direction. They locate us within a family story, inspire us to achieve attributes, provide us with a means by which to take a stand in the world and plant ourselves.

While the physical John Smith cannot be everywhere, the name he makes for himself can transcend anywhere. A name can be shorthand for both triumph and disgrace—George Washington and Benedict Arnold, for example—so there is much at stake in a name. It is the “verba” that when united with the “res” makes for an integrated being. We don’t have reality until the word and the flesh unite.

Remember, it was not enough for Adam to have his Eden; God had him name the things in it.

I myself was part of a similar story to that of Augustus Beckmann. When my mother was a girl down in Jackson, Mississippi, a fine lady who was a private duty nurse boarded in my great-grandmother’s home. The woman—who never married or had a family and who lived far from where she grew up—came to be a great friend to my mother from there on out.

When she died, my mother was finishing college (she soon thereafter married and moved from Jackson), and there their own story ended, except for the fact that all my life, I heard stories about this woman—of her travels, of her abilities, of the great respect people in the town had for her, and most of all, of her love for my mother and others.

Years later—perhaps as many as thirty-five—my mother was visiting her hometown and fell into a conversation with someone who mentioned that she wasn’t sure anyone had ever put up a gravestone for my mother’s old friend. Having no family, it seemed that no one had taken responsibility for the task, and mother was practically still a girl when the woman died.

Immediately, however, she knew what she had to do; she and my father drove to the cemetery, had the groundskeeper look into his records, and found that although the woman was indeed buried there, no stone stood to mark the spot.

But unlike the case of Augustus Beckmann, it didn’t take even sixty days to rectify the matter. My father and she commissioned the stone, had the name chiseled in, and erected it before the moon had run a cycle.

Why? Because my mother loved this lady and wanted to do right by her? Yes; but I also think because she knew that a name is more than a phonetic assemblage of letters that cease to signify when life has left a body. Rather, it is the mark of who that person is, and remains, despite the fact that, for a time, they no longer answer to it or are called by it.

The name holds a place, ready for the great day of summoning, when speech and matter will flow into each other again like two monumental rivers converging, colliding, and mingling in a confluence of meaning that will never more have need of such a thing as stones.

Image above is public domain, by Benjamin Balazs.