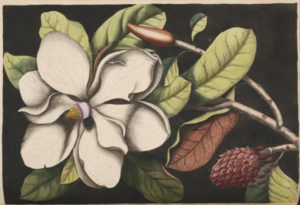 In the twenty-plus years since the Internet became a feature of our lives, there have emerged a couple of articles of conventional wisdom that I, for one, find pretty dubious.

First, there’s the claim that “everything on the Internet lasts forever,” usually made in reference to warnings about the dangers of teen “sexting,” or work emails that are discoverable in lawsuits.

I can personally attest that the “Internet is forever” claim is less true than you would think: once when I was leaving a job and was told I could have a copy of my archive of 75,000 emails over eight years, the task was somehow botched, and the day-to-day record I’d assumed I’d have forever—the trail of messages marking my wedding planning, mother’s descent into Alzheimer’s, and the birth of my first child—was lost forever.

Another trope that has grown more recently—as folks’ awareness about algorithms has grown—is to remark on the uncanny way that digital ads so perfectly match our demographics and interests.

Sometimes, though, that “perfect matching” can yield some pretty unexpected—and in my case, thought-provoking results: A few weeks ago, an ad popped up on my Facebook page inviting me to like a website called BlackSouthernBelle.com.

My first thought was, Oh wow, how cool is this? and to hit the hyperlink as quickly as possible.

My second thought was—given that I am white and, though proud to be a Southerner, am aware of all the grim realities that have hidden under the (white) Southern belle’s hoopskirts—I wonder how come they thought this was for me?

Thinking about it further, I figured out a couple of reasons why the algorithm would have snagged me: I’m interested, of course, in issues of racial and social justice, both as a native Mississippian and as a believing Christian—and particularly in the unexpected and quirky ways that the quest for justice can take rise. (Ever read Jack Butler’s 1986 novel Jujitsu for Christ? Perhaps the funniest and most damning indictment of white complacency ever, when a born-again white martial arts instructor moves into a closed-down laundromat in a black neighborhood in early 1960s Jackson.)

That may be just me flattering myself, though: Owing to the miracle of geographic location software, the ad probably popped up because I live in a black-majority neighborhood.

And not just any black majority neighborhood, but in Prince George’s County, Maryland, commonly referred to as “the wealthiest black majority county in the United States.”

But perhaps the most prominent profile today would be of black fraternity and sorority alums, HBCU (historically black colleges and universities) graduates, dressed-up couples with children going to church on Sunday, and then out for Sunday dinner.

It reminds me of home, and of the shape of Southern family life I miss.

From my distance, black Greek life seems a lot more focused on pride and tradition and service, as compared to the vomiting-and-date-rape scene that predominated in white sororities when I was in college. Not for nothing do I see license plate frames declaring “ΔΣθ in Christ” every day on my way to and from work.

This is the terroir of BlackSouthernBelle.com, of which I’ve become an assiduous follower during the last few months. The site bills itself as “Southern bred and soul infused,” and on the site’s masthead, founder Michiel Perry notes that “this site came about from frustration in wedding planning and home décor.”

But whereas a mainstream, read white, site would focus on fashion as a measure of either, say, empowerment or “hotness,” and home décor as an example of individualism or luxury, the features on BlackSouthernBelle.com do not hesitate to appeal to tradition, values, and the nobility of living in a proper and mannerly way.

To wit, articles I found on the site this very morning included “10 Vintage Images of Mother and Daughter Black Southern Belles,” “4 Reasons a Belle Loves Southern Flowers with Renee Givens,” and “5 Items a BSB Should Have in Her Closet for HBCU Tailgating.”

The site even has a gift shop where one can buy luxury stationery—all those thank you notes, you know?—bearing the legend “Hi, Y’all!” and a decorative pillow asking “What Would Whitley Gilbert Do?” referencing the Hillman College debutante co-ed from the 80s-90s sitcom A Different World. (I just got paid, and am of course going to go order both! My birthday is coming.)

I ask myself what’s behind my own powerful emotional attraction to the site? Does the fact that it’s an African-American site enable me to take pleasure in a panoply of social conventions that are regarded as outmoded among white members of my peer group? Does that make it “safe,” therefore, for me to engage in them? Or is this an appropriative act?

Part of what I feel, as well, is a fierce protectiveness and pride on behalf of the black women who want these feminine things—women, who for too many centuries had the pleasures of being wives and at-home mothers barred from them by force. (Do not forget, though, the traditions of afternoon teas and country clubs, of Jack and Jill clubs and the Links, run deep in some parts of the country, private gardens hedged against oppression.)

It’s complicated. All I know is that I love it. I want to pull out the silver, arrange some flowers, pull my daughter onto my lap, and celebrate the circle of women making beauty, together.