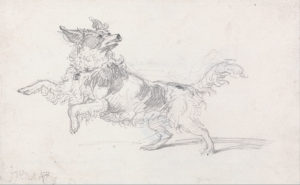 It is the first week of spring and I sit in the small cemetery on our community property. The bench underneath me is green and mossy from the confusion of a mild winter that left us with buds in February and tornado warnings in early March. The daffodils are the earliest signs of life as they begin to bloom around the small gravestones here, some of them marked for infants who died just after birth.

All these natural metaphors are not lost on me: I am seven months pregnant with our fourth child, mourning the death of my dad and the death of our community. After our baby is born, we are likely to move on from this place to another, packing with us all the excitement, grief, worry, and hope we cannot leave behind.

Life, death, suffering, and blessing are huddled so close together that they often resemble one another. It can be confusing to pick through them.

Maybe it is because of my privilege that I don’t wonder where God is in all of this: even if my husband is without a job for a few months, we still have family and friends and savings to fall back on. Or maybe it’s because I’ve discovered something strange about God in the midst of all this confusion and grief.

The first time I heard Patty Griffin’s song “Wild Old Dog” which characterizes God as a dirty mutt left abandoned on the highway, I cringed a little. It felt blasphemous to talk about God as a scabby dog that no one needed anymore. I don’t know what Patty Griffin intended with her song. It could be she meant to tell us that she and the rest of us don’t need God anymore, that God isn’t doing us any good here so the old rascal should be left to freely roam the highways.

Or maybe Griffin meant something else, something even despite herself.

I wonder if I initially bristled against the idea of God as a dirty rejected dog because I couldn’t stand to see my clean holy God described in such a way. Or was it because Griffin is revealing more to me about who God really is than I want her to, about the godly things I have been tempted to reject? This pristine God is one of my own making, the God I’ve tried to domesticate and keep clean.

But I suspect that many of the mystics would relate to this less-than-pristine image of God. After all, St. Francis found a holy God when he kissed the leper on the road, dressed in raggedy clothes, and slept in the dirt. Dorothy Day discovered God among the slums of New York City during wartime, and in communitarian farms that offered food, work, and shelter to a group of lonely, hungry misfits.

Francis and Dorothy found the God who is really wild, who can’t help hanging around with ragamuffins and catching their diseases. I have found God in a suffering people who grieve together, in the midst of my own sorrows and subsequent dark thoughts, on my knees crying out for relief.

I suspect the image of God as a dirty dog made me uncomfortable because I was striving to be holy like God in the wrong ways. And because I have, at times, passed by a chance to meet the God who is wandering at the edges.

Thankfully, this wild God has not abandoned me.

The proof is in this graveyard, which is often unkempt, the forest behind it thick with fibrous honeysuckle vines that belie their sweet name. This is not honeysuckle’s natural habitat and it’s invaded the forest with stubbornness. Still, the vines don’t approach the graves. I don’t know if someone has come to cut them back or if the vines just recognize the wild and sad sorrow that brought these graves here.

Like the forest around the graves, grief is such a knotty mess that the effort of untangling—like brushing through the matted hair of a dog that’s been roaming through the underbrush too long—is tedious and painful. Maybe that’s why God meets me here in this melancholy place, in a cemetery where so much sorrow has been buried in the earth, in a community where so many have suffered abuse and neglect, and in my own grief.

This is where God is revealed: in the infinite suffering love that pours out of the divine heart. God is helping me to stay put and lean into the holy tangled beauty because God too is wild and this is where wildness resides.

Above image is James Ward's "Lady Londonderry's Dog," used with permission under a Creative Commons license, via Wikimedia Commons.