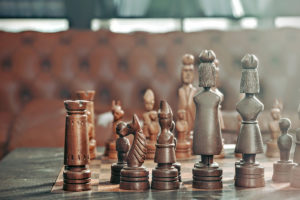 For Erasmus, Thomas More, and the other humanists of that era, literature and figurative language were the key to preventing people from falling into abstraction, moralism, and incessant warfare.

Pagan literature, the humanists held, could be read with profit by Christians because it is possible to absorb and be enriched by the artistry without embracing false religious beliefs.

In an early work, the Enchiridion, Erasmus said this classical literary heritage had the capacity to “mature us.” By grounding ideas in concrete experience, literature enabled us to perceive the ambiguity of human motives, not the ambiguity of truth.

What made the current state of affairs so poignant was that the first two decades of the sixteenth century had seen a series of victories for the humanist cause, including widespread educational reform, especially at the secondary level.

Erasmus and his circle believed that the next step would be the reform of the church. But the rise of nationalism and the fracturing and hardening of religious reform movements had cast a pall over the humanist cause. By the time Erasmus stood at his desk in 1533, he had long since written to one of his antagonists: “I seem to see a cruel and bloody century ahead….”

But as he opens “On Mending the Peace of the Church,” he does not engage in another apologia. He does not write ferocious refutations of his enemies. Instead, he opens with an exposition of Psalm 84, which begins: “How amiable are thy tabernacles, O Lord of hosts!”

The exposition that follows is typically Erasmian, providing his readers with historical and cultural context. He points out the puzzling notation at the beginning of the psalm—“For the winepresses”—and explains that the reference is to the fall grape harvest and the Feast of Tabernacles, when the Jews gather to offer thanks for God’s provision.

He takes a special interest in the playing of games during the feast. These contests of skill—a tradition that he says continued into the early Christian era—were not acrimonious competitions. Rather, the winners remained humble—recognizing that all they have is a gift from God—while the losers praised their competitors. Games may seem to mimic war, but they are really the opposite: creatures of imagination and play.

The Feast of Tabernacles, Erasmus continues, is a celebration of unity, of the possibility of people living in peace. Yet there will always be those who threaten unity. The worst thing about sectarianism is that it is a type of lie, a distortion of the truth of our common humanity.

Erasmus denies that one can separate the church into visible and invisible components—the visible church is the unity of the people of God. The temptation to withdraw into a private sphere of greater “purity,” away from the messiness of the public square, is a refusal to participate in the community God calls us to attend.

Turning to a form of life that seems to be founded on withdrawal—monasticism—Erasmus insists that it was founded as a path toward holiness, not of pulling away from the social order. No romantic, he is quick to point out the dangers inherent in monastic life.

Living in a monastery is not an escape from one’s humanity. “But here you are in exile wherever you hide. Seek and look for whatever hidden places you want, you still go to men as a man, and fleeing all consort with men, you take man with you….”

Erasmus cites several early bishops who recalled monks from the wilderness because they had lost their way and become haughty and uncharitable. “They sought outside themselves what they should have looked for within themselves.”

Nor should we believe that everything was better in some golden age. Erasmus has no time for the narrative of decline. “In the business of piety we must never go back but must forget those whom we have left behind and tend ever to the more perfect. Eurydice looked back and fell back into hell; Lot’s wife looked back and turned into a pillar of salt.”

This is not the same as turning one’s back on tradition: for Erasmus, the narrative of decline is a form of despair, a failure to believe that the tradition can and will generate new life. “One faction is unwilling to accept changes, while the other wishes nothing of the old to remain. Thus an interminable storm arises and a tug of war ensues, with both parties falling to the ground when the rope breaks.”

Nor should we give in to despair about—and Gnostic alienation from—the world. God put us in a valley after we lost Eden so that we might work our way back home along paths that he lays out for us. “There is no reason for us to dislike this valley: the son of God himself deigned to come down to it….”

God is our king, Erasmus writes, but he is also our “gamemaster,” who bids us enter the contest. He wants us to participate in the great game of life with joy, not fear.

An old humanist stands at his desk, aware that an interminable storm is rising, that the gale force winds are howling around him. He is writing his last will and testament, an option for how to live out one’s faith in a contentious world—a world that wants to reduce everything to power struggles over abstract ideas, that invokes apocalypse instead of living in freedom.

Erasmus calls us to humility and hope and a belief in the mercy of God. The temple of the Lord, he says, is located on Mount Zion. Zion means “mirror.” He bids us climb the mountain to see God and thus, in the end, come to see ourselves as we truly are.

This post appears as the editorial statement in issue 94 of Image. Read Part 1 here.