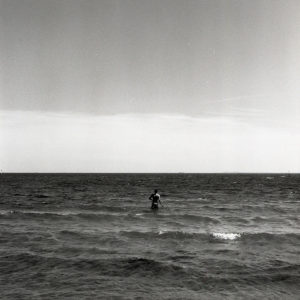 Richard Wilbur was always a formalist at heart, but one attuned to the rhythms of a living language. Like Frost and Stevens, he insisted on an underlying meter in his verse—most often a loose iambic pentameter line. In Williams’s free verse he often heard an underlying metrical beat which undergirded his poems.

He grew up not very far from Rutherford, New Jersey, Williams’s hometown, and, in spite of Williams’s verse experimentation, “could hear Williams’s own high, hectoring voice speaking in a New Jersey accent.” As for the confessional poets—Lowell, Berryman, Snodgrass, and Plath among them—he found their “self-dramatization and celebrity posturing” off-putting.

True, poems by their very nature had to be based on the self, but they had to end up “being about everybody.”

He was, in the mastery of his poetic forms as in his life, a Zen master of the art of sprezzatura who made the difficult seem easy—that is, until you tried it yourself. Still, there is some truth to the comment that he may well have been “the most celebrated poet that Americans by and large have never heard of.”

To try and rectify that shortcoming if only for a moment, let us look at one of his poems to see something of what it tells us of who the man was and what he managed to achieve in his powerful poems.

In “This Pleasing Anxious Being,” the poet goes back in memory to his youth. It is New Jersey, circa 1925, and he is a small boy sitting at the dining room table at Christmas. It is a time when his parents were still alive. And given who they were, it is also a safe time (if, he suggests, such a time ever exists), and he is surrounded by family.

The scene seems like something out of Currier and Ives or, as he says, a manger scene by the French baroque painter, Georges de La Tour, with its strong play of light and dark. Contemplating that idealized past, a past which only the poet is left now to recall, since the other actors in the scene are gone, seems “a rushed present, fretful and unsure,” where the boy he was is kicking his small feet “under the table, / Fiercely impatient to be off and play.”

In the second of the poem’s three parts, Wilbur evokes a black and white photo taken at the beach by someone whose shadow is caught in the picture, as if reaching like the Angel of Death across the rocks and dunes.

There they are, as they were then, he tells us, with their “wincing smiles, shielding their eyes / Against the sunlight and the future’s glare.” And there are he and his younger brother, and—off to one side—an anonymous painter, his back turned to us, attempting to capture, in those “marbled surges” of waves incessantly crashing against the shore, the one wave “That shall in blue summation break forever.”

And then there is the final section of the triptych, something which has haunted this writer for decades now, a world of “Wild, lashing snow, which thumps against the windshield / Like earth tossed down upon a coffin lid” (our common end) and

Half clogs the wipers, and our Buick yaws

Father is driving, Mother, leaning out,

Tracks with her flashlight beam the pavement’s edge,

And we must weather hours more of storm

To be in Baltimore for Christmastime.

Of the two children in the back seat, safe

Beneath a lap robe, soothed by jingling chains

And by their parents’ pluck and gaiety,

One is asleep. The other’s half-closed eyes

Make out at times the dark hood of the car

Two small boys—one seven, one four—in the back seat of their parents’ Buick as the family drives through a howling snowstorm on their way somewhere to spend Christmas, his mother leaning cheerfully out the window on the passenger’s side with a flashlight helping her husband negotiate the disappearing roads.

And the poet evoking a future which the boy he was cannot yet see, though the poet in this “no time” which memory brackets can. And there is

The steady chugging of a landing craft

Through morning mist to the bombarded shore….

World War II, and the poet in a landing craft approaching the bombed beaches of first Anzio and—a year later—Marseilles. Or, later, on vacation with his family, the “deft prow” of a canoe dancing “through the rocks / In the white water of the Allagash” in northern Maine.

And then, finally, as the lines come to a close, he sees himself “in good time,” looking out into the distance at the foot of his bed into a world which will inevitably “swim and flicker and be gone.”

Ten years ago he lost Charlee, whose last wish was that her husband would be looked after when she was gone. And he was, by wonderful caretakers and by his family. And now that time too has come. And we have lost a poet and a man whose presence among us, we know, or we shall come to know in good time, made a profound difference for many of us.

I for one already miss him.

This post is continued from yesterday. Read Part 1 here.

Paul Mariani is Distinguished University Professor, Department of English, University of Massachusetts. His fifth book of poems, The Great Wheel, was published by W.W. Norton in 1996. He has written authoritative biographies of poets William Carlos Williams (which was nominated for the National Book Award), John Berryman, and Robert Lowell (a New York Times notable book for 1994). The Broken Tower, his biography of poet Hart Crane, was published by W.W. Norton in 1998.