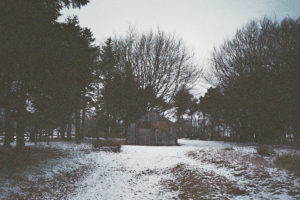 This is a true story.

Those are the words that have begun every episode of the television series, Fargo, for the past three seasons. The events that took place occurred in Minnesota and the Dakotas during 2006, 1979, and 2010—or so the writers say. The names have been changed in deference to the living, but all else is presented just as it happened—out of respect for the dead.

Of course, in a literal sense, not one word of that is so; and then again, in the figurative sense, every bit of it is. Because as much as the series writers wink at the true crime genre in which they create, they are also well aware that the conflicts, desires, failures, and triumphs they depict are the history of all time and all places.

In the particular these things may not have happened; in the general, they have never stopped.

The series is based upon the classic Coen brothers’ film from 1996. I have no idea what the Coen brothers believe, but I put them up against anyone for depicting faith and doubt as it has been understood in the Judeo-Christian tradition. And in Noah Hawley, the creator and writer of the television series, they have found not only a man who appreciates their imaginative universe, but one who has expanded upon it in a consistent way.

That credit stems mostly from what Hawley has said regarding the second season, but in my view pertains to all three: In Fargo, the best of America is depicted along, and in conflict, with the worst. Another way of putting it is a paraphrase of Keith Carradine (who plays state trooper Lou Solverson in season one): “the show depicts a person of basic decency facing a world of epic depravity.”

For those new to the series, if you watch it in order, there are some themes that persist. This provides a gentle continuity not only among each season, but also harking back to some of the Coen brothers’ feature films. I won’t spoil the viewing, but there are nods to Barton Fink, Raising Arizona, The Big Lebowski, A Serious Man, and No Country For Old Men, among others.

A quadruplet of motifs is all that can be mentioned here: A person of basic decency, supported by a good family, often working with, and frustrated by, an inept and befuddled system; a force of epic depravity, often working with, and aided by, an organized and efficient complex; a regular, often put-upon person caught up in the path of the latter; and a watcher of some type, in the form of a deus ex machina as strong as anything the Greeks ever brought onto the stage.

Nygaard is the latest in a number of fools that Malvo convinces to self-destruct in at first a passive, then increasingly more active way—a treachery that Malvo practices as a perverse sideline to the greater evils he perpetrates.

Still, there is an unseen benevolence from on high in the story line, which makes itself known through a fortune left buried as an answer to prayer (a grace later betrayed), and through the placing of the right people in the right places at the right time, just when it seems that the path of savagery is inexorable.

In the second season, the story travels back into the past of a young Solverson (Patrick Wilson), father of Molly and husband to a cancer-stricken wife, Betsy (Cristin Milioti). Betsy is the daughter of Sheriff Hank Larsson (Ted Danson), and the trio find themselves in the middle of a turf war between a rural mafia family and the Kansas City outfit that seeks to take them over.

Caught in the middle is the beautician Peggy Blumquist (Kirsten Dunst) and her butcher husband, Ed (Jesse Plemons), who stumble into the middle of the violence by way of Peggy’s hit-and-run plow-down of a Mafia family member right in the middle of what seems to be an extraterrestrial visitation, which reappears on occasion to watch as right faces wrong.

Lastly, the latest season finds Sheriff Gloria Burgle, whose husband has left her for another man, having her job consolidated just as her stepfather is murdered in a mistaken robbery-for-hire. A rivalry between the two Stussy brothers—overachieving Emmit and underachieving Ray (both played by Ewan McGregor)—has caused the mix-up, which in turn summons the arrival of the sinister V.M. Varga (David Thewlis) and his henchmen, who take over Ray’s business.

Still, random grace appears in a bowling alley, and on a prison bus, and the spaceship theme quietly hovers throughout the story, always hoping to help.

The good and the bad remain in their mortal conflict as the series progresses, and which gets the upper hand is anyone’s guess. But the two are never indistinguishable, as is so often the case now. You never doubt whose side you’re on, or to whom you should listen and for whom you must cheer. For all its wit and archness, the stories are about serious and true things.

The characters themselves remind us of this, at times quite powerfully. Despite the violence all around her, and even inside her own body, cancer-stricken Betsy Solverson has choice words for a young girl who likes to quote Camus on how “knowing that we will die” makes all of life “absurd.”

Dismissing this as foolishness, she replies: “We’re put on this earth to do a job. And each of us gets the time we get to do it. And when this life is over, and you stand in front of the Lord—Well—You try telling him it was all some Frenchman’s joke.”