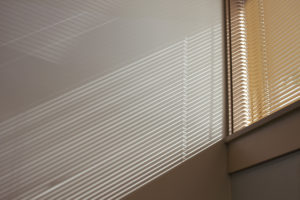 “My father says almost the whole world’s asleep. Everybody you know, everybody you see, everybody you talk to. He says only a few people are awake. And they live in a state of constant total amazement.”

—Patricia, from Joe Versus the Volcano

It seems that we now live in an increasingly polarized, disenchanted, fragmented, and incoherent world. In a world such as this, partisan one-sidedness, nonstop busyness, and unquestioned presumptions are all too common and all too easy. Quick argument and automatic conflict are therefore common. There is no time to give attention to any deeper or more meaningful realities behind our racing assertions of self and of party. Philosopher Charles Taylor calls this the “disenchanted” age, where we are no longer awake to the spiritual or sacramental realities that lie behind the material world.

Looking at the same idea from second angle, David Foster Wallace explained in his famous commencement speech of 2005 how we all tend to live and move through “default settings.” The problem is that we automatically assume these default settings to be true and in doing so we regularly turn out to be wrong and deluded, and hurtful consequences arise.

And yet, in the midst of such a world, a few voices such as Owen Barfield argue that it is possible for a person to experience a “felt change in consciousness.” In that spirit, and perhaps unique in the annals of film lists, Arts & Faith has now put together a list entitled the “Top 25 Films on Waking Up.”

This is a venture that is both well-timed and unique. We have carefully chosen twenty-five stories that are specifically about characters who “wake up,” who learn not to be one-sided, who cast aside busy habits of inattention, or who learn to see past the initial blindness of their own unquestioned assumptions.

Approaching this from a third angle, there is a sense in which “waking up” can also be described as a kind of conversion…a change of heart, a redemption, a renewal or reviving of inner being. History shows us that such a transformative experience can occur either within or without an institutionalized religious context. It can be moral, epistemological, or even sacramental in character.

In the context of art and cinema, the story of a protagonist’s waking up or converting is far more powerful when, rather than being preachy or didactic, it is understated, hinted at, and left partly to the viewer’s own imagination.

In fact, this is one of the greatest problems of what is unfortunately known as “Christian” filmmaking (perhaps most prominently illustrated by the soul-crushingly sanctimonious and theologically illiterate God’s Not Dead films). In discussing the embarrassment that is the “Christian” film industry in his sharp essay “Why are Christian movies so painfully bad?” Brandon Ambrosino argues that dull and ponderous directing, shoddy scriptwriting, dumbed-down dialogue, and cardboard cutout performances are almost always the end result of a “Christian” film.

Why? Because these “Christian” filmmakers have isolated themselves from the art of the filmmaking craft in order to convey a “Christian” message. Thus:

What critics might note as a flaw is seen, by much of the film’s core audience, as the whole point. The phrase “on the nose” usually connotes directly expository, even sermonizing dialogue, spoken unrealistically by the characters. But if you’re looking for a sermon in your art, as many Christian audiences are, “on the nose” becomes the reason the art exists.

But, as any theology of aesthetics would help anyone to see, film as didactic exercise is not art, and, as it turns out, is neither moving nor powerful. To put it bluntly, the “conversion” of a nonbeliever in a God’s Not Dead film is just as convincing and meaningful as a “conversion” to the Communist party line in a 1960s Soviet propaganda film.

What we certainly do not need more of today is propaganda and advertising for blinkered and reductionist points of view. Particularly with all our current troubles, we do not need more stories about characters who are glamorized for their being partisan, one-sided, unaware, and preoccupied with self or their own ideological camp.

“I’ve done a lot of soul-searching lately,” explains the protagonist of the film Joe Versus the Volcano, “I’ve been asking myself some tough questions. You know what I’ve found out? … I have no interest in myself. I think about myself, and I get bored out of my mind.” These are the words of a man who is waking up. These are words of conversion far closer to traditional Christian theology than any God’s Not Dead conversion. Joe is the sort of character that we need in our stories right now.

This list explores many different kinds of people of different beliefs, worldviews, cultures, politics, religions, ethnicities, and social classes. As such, these twenty-five films may provide a small foundation for branching out and learning more about others different from oneself—one of the most important ways in which we can truly “wake up.”

See the ArtsandFaith.com list of Top 25 films on Waking Up here.