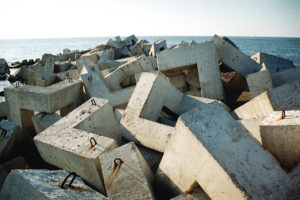 Thus I’m sent into near ecstasy when Stavrogin and Kirillov delve into the latter’s nihilism in Dostoevsky’s Demons but, only a few pages later, the author’s scrupulous descriptions of nineteenth-century Russian decorum plunge me into ennui.

All this signals profound intellectual immaturity, I’m sure. It reveals a reader who lacks the versatility or depth to receive art as it offers itself. Imagine, then, the fit of depression that followed my realization that this theological imperialism was all I knew how to do.

It was under this sign of defeat that I began Karl Ove Knausgaard’s celebrated My Struggle, a six-volume novel that is largely autobiographical. Knausgaard came highly recommended from a pastor friend who told me that the author/protagonist “reminded me of you.” Thinking this to be the quickest and surest way to learn what my friend thought of me, I picked it up.

Not long after I began my old reading habits reasserted themselves. But this time I resolved to exorcise them with a rite of my own design. Instead of despairing at what I had previously dismissed as novelistic tedium, I decided to cull from it whatever theology I could.

To my great surprise it came easily: I already knew how to do it. I could immediately find depth in Knausgaard’s endless digressions. The time, say, he went to a child’s birthday party and hated the spread, the epitome of the high-flown vices of Swedish kultur. Or when he and his brother scrubbed piss and shit out of the carpets of their hoarder grandmother’s house.

Or even that fateful day—steel yourself now—when Knausgaard walked home from his office. I could weather even the inertia of Book Three, where few winds blow stronger than Knausgaard’s daily routine as a child. (Knausgaard’s quixotic quest for sex renders Book Four an easier read.)

Why could I now appreciate what I once deplored?

It dawned on me that my knowing how to move through, gather from, and even delight in, minutiae had come from learning to read the scholastic theology of the Middle Ages.

Want tedium? Try Bonaventure’s innumerable arguments for why and how God knows individuals in his Quaestiones disputatae de scientia Christi. Try Godfrey of Fontaines’s or John of Paris’s attacks on Henry of Ghent’s position on theology as a subaltern science.

My point is this: what appears tedious to some is gloriously and painfully gorgeous to others. In this way, scholastic theology has, exactly as Alexander of Hales argues it should, schooled my desires and with them my reading habits.

Or maybe it’s that my scholastic reading habits are particularly well-suited to My Struggle. Knausgaard’s heart is a scholastic one, or so it seems to me. An indulgent take, perhaps. But then I have seen Knausgaard as Norwegian Proust, secular Augustine, modern Dostoevsky, postmodern Schleiermacher—even as mommy blogger.

Why not Knausgaard as scholastic? After all, his breakout novel was about angels. He remembers its writing in Book 2:

I continued in my collective office at the tower, started reading the Bible, found a Catholic bookshop and bought all the angel-related literature I could get my hands on, read Thomas Aquinas and Augustine, Basilius and Hieronymus, Hobbes and Burton…trying to get all of these different systems and schools of thought to tie up in some way or other, to push something, I didn’t know what, in the same direction.

His scholastic habits linger into My Struggle. There are glimmers of this already in Book 1, which opens with a long reflection on corpses. At one point he describes his method:

Understanding the world requires you to take a certain distance from it. Things that are too small to see with the naked eye, such as molecules and atoms, we magnify. Things that are too large, such as cloud formations, river deltas, constellations, we reduce. At length we bring it within the scope of our senses and we stabilize it with fixer. When it has been fixed we call it knowledge.

Rather like the prologue of a scholastic summa, really. Only scrubbed of the Aristotelian idiom.

It’s no surprise, then, when Knausgaard confesses to an interviewer that he wakes daily at 4:00 am and writes 2,000 words on items ready-to-hand. “A toilet, how it looks, what it does, how it works…a tree, the sun.”

Critics often admire Knausgaard as a prince of the quotidian yet as one incisive reader notes: “it might be more accurate to describe Knausgaard’s style as disinterested…. His writing is highly personal, but it’s also selfless.”

Knausgaard, that is, wants to become a better writer by growing in cognitive intimacy with the quotidian. Doing that, he says, affords him “ecstatic moments when you are kind of selfless…to write is much more about becoming free of everything, becoming free of what you know.”

Somehow description yields forgetting. And only in forgetting is there freedom.

Scholastics thought the same an effective strategy for deepening cognitive intimacy with creation and its Lord. And this too for the promise of freedom beyond knowledge. For Denys the Carthusian the dazzling lights of scholastic theology (“supernatural wisdom naturally acquired”) are superseded in the mystical darkness found in the gift of wisdom (“supernatural wisdom supernaturally acquired”). There, the height of the mind forgets created knowledge in order to inhabit a freedom dark and mysterious to the soul’s gaze.

Knausgaard’s grammar of ecstasy rarely transgresses the immanent. But his pattern remains very like that of Denys. Describe to forget yourself, forget to be free.

Displacing my imperialist habits with those of the scholastics revealed to me that reading is itself a theological practice. I no longer need to frisk texts for their theological elements. The schoolmen, I realized, had already trained me to meet God in the still small voice of fine-tuned distinctions.

I have temporarily given up on the difficult task of becoming a mature reader. Maybe I will take it up after the dissertation, after the job hunt, after tenure, maybe after retirement.

For now, I am a scholastic reader. And other than the obvious struggle Knausgaard and I share being almost paralyzingly introverted writers with small children, this deep-seated scholasticism must have been what my friend identified in us. We are ravenous for tedium. In it, scholastics like us think, lies the promise of freedom.

“The work was tedious and unending…I needed nothing else.”

Justin Shaun Coyle is a PhD candidate in historical theology at Boston College. He studies the vast and varied patterns of medieval thought, particularly the theology of the early Franciscan school at Paris.