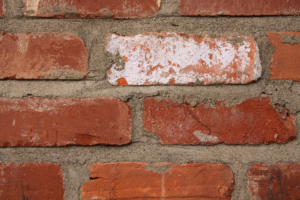 My son has always been the smallest kid in his class, often mistaken for being much younger than he actually is. But it isn’t only his size. His voice is high. He loves stuffed animals. And when given the choice at recess, he’s one of the few boys who would still rather fight dragons and build mysterious playground worlds instead of playing football, basketball, any of it.

It’s not that he can’t keep up—he’s a gifted athlete. Faster than most. Blessed with the ability to instinctively move, cut, and react.

But he’d still rather make believe.

When I was his age, I lived for sports. Didn’t matter if it was a full-on game or just throwing a ball against a wall. I’d go until I had nothing left. When the sun went down, I would pop in VHS tapes from the library and watch sports documentaries or instructional videos—anything—until my mother made me sleep.

Unlike my son, sports were not only my identity, but also my social currency. The way I tempered the viciousness of other kids. How I hid my old jeans and the Tretorn sneakers I wished were Jordans. I became a better athlete out of necessity—to survive.

Thankfully, despite what is routinely labeled a character flaw, I have managed to not be one of those fathers. The sort who forces their kids into sports, who lives vicariously through t-ball games. If anything, I’ve tried to talk my son and daughter out of this lifestyle. Tried to convince myself that—with every practice, match, tournament, or game—I’m not feeding them to the same wolves that devoured me.

This has nothing to do with him, mind you, but I was sure it wouldn’t last. Wrestling is…hard. No matter who you ask (unless it’s a swimmer) wrestling is almost universally acknowledged as the toughest sport. Being successful requires ferocity and steel in your spine—attributes most people don’t have. It’s a sport that demands hard work, a relentless fitness regimen, crazy nutritional obligations, all with end goal of being left alone in the middle of a mat, facing a brute who wants to rip your head off.

Not exactly the thing you’d want for your kid, timid or not.

Still, we jumped in, buying shoes and signing up for camps. The baggage of my own youth got dusted off and carried around twenty-five years later. I went to every practice, watching and trying my best not to yell out instructions or encouragements. Occasionally lifting up silent prayers that he wouldn’t get hurt. Maybe a few asking for a non-painful reason to quit. And trust me when I say that he had plenty of opportunities.

Because that first year was rough.

Every kid he faced whipped him. None of the moves he learned in practice seemed to stick once he got on the mat. I could see the panic in his eyes, how it wiped all the preparation from his brain. How, once a match began, he could only flail helplessly. There was no reason for him to keep doing this, so I gave him every possible out. No judgment.

But he loves his team. He loves going to practice and putting in work. He loves being a wrestler.

The first practice of this year’s season started no differently from the countless others I’d sat through. He worked to remember the proper stance, how to sink a half nelson. But this time, it didn’t take weeks to come back. Instead, there was something different about the way he moved around the mat, a sort of practiced familiarity that was evident to everyone watching.

The next week, another small improvement. The week after that, a slightly bigger one. Slowly, painstakingly, he was putting it together.

So often the desire for immediacy is nothing more than fear or common impatience. It pushes us to abandon the slow burn of discipline in favor of emotions or outcomes that are temporary, a sugar rush that blinds us to the grace involved in failing and growing and learning. We forget that we are unfinished, that we are constantly in process.

And while I can’t say that God tests us to give us character, or that bad things happen for a reason—any of that trash—I can say that there is grace to be found in the struggle. In the fight. And that’s reason enough to keep moving forward. To believe that transformation is happening, even when we don’t see it.

On the far wall of the wrestling room, the team’s motto is written in large block letters. “One hundred percent effort, one percent improvement.” It’s not something that would’ve tracked with me as a kid, as a teenager, or even in the past two years I’d spent sitting across from it.

But from the very beginning, my son has treated it like a personal code. I see it when he sprints at the end of drills, even though he’s dog tired. I see it in the way he gets up, determined even after being taken down for the hundredth time. In the relentless optimism with which he approaches every second of wrestling.

And when he comes off the mat, unlacing his shoes and wanting to know if I thought he gave it his all, if he got fractionally better, I have no other words to say but, “Yes.”