When we first decided to move to Minnesota, there were plenty of opinions. 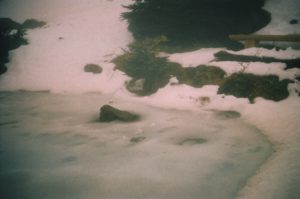 “Are you ready for all that snow?” they asked.

“People literally die from frostbite all the time,” one family member swore. “You can get it just driving around in your car!”

Now, we hadn’t spent much time in states with real winters, but I wasn’t worried about cold, snow, or sudden onset frostbite. I’d grown up in Chicago and, even though my wife and kids were decidedly southern in their winter expectations and experiences, we were all up for whatever challenge Minnesota could muster.

If I’m honest, I had always felt as if I’d done my kids a disservice by raising them in moderate climates. The only time they saw snow was during those mythical snow days, the kind that start as a whisper, passed from person to person like a dirty secret until the snow finally comes and covers the entire state in white.

Those days were always wonderful because you never really knew how long they’d last or how long the state would shut down. We’d retreat to our houses to play games, eat frozen pizzas, and pray the power wouldn’t go out.

But it was always temporary. The snow disappeared, leaving us waiting—sometimes years—for that forced Sabbath to come around again.

So when we moved, I was ready to introduce my children to a different idea of winter. Of snow. I wanted them to love hard weather. To have pride in living in a place that would make most people raise an eyebrow, perhaps shuddering as they contemplated such severity.

Because it takes work to love the bitter wind, the constant ice and snow.

I attribute this to my own childhood, filled with vivid memories of winter. We were forced outside, for hours at a time, into what I remember as multiple feet of snow. Piled high and blanketing the world. Turning the streets and parks near our apartment into something that could be manipulated. We built massive forts, had epic battles, and charged down sledding hills that I’m sure would terrify me today.

Even as an adult, snow turns me into a bit of a bumbling fool. If I glimpse snow falling, my eyes cut to the window and I can’t focus on anything else. And when it actually begins accumulating, I will spend more than a few minutes trying to determine how much we’ll get—if this will be the elusive, force-you-to-stay-home blizzard that I dream the Great North will eventually provide.

What would it take to keep my neighbors at home? A foot? Two?

I’m at peace with the reality that my love of snow eclipses that of most (normal?) people. Even in Minnesota, a low rumble of contempt begins to surface when the snow outlasts its welcome. And the warm months are admittedly wonderful.

But give me March and April snowstorms, winter pushing back at spring. Give me that quick flutter of excitement in my stomach, be it mystery or expectation, when I see those first few flakes.

I’ll take mystery and expectation where I can get it. There’s so little of it left in my life, an admission I’m not proud to make. But it’s true, if not expected. As we age, we lose our ability to engage with novelty. Or perhaps it’s just that we lose our ability to be surprised, turning what used to be wonder-filled into another driveway that needs shoveling.

I don’t know if it’s reasonable to expect that sort of engagement at a certain point, especially when your life is otherwise content. And I am! I have two careers that I more than enjoy, a family that is healthy and mostly happy to have me around.

But there are moments when I wish for more. It will be no surprise to learn that my spiritual life is no different. I have many religious friends who often speak about seeing or feeling or hearing God. My own experiences with God coming close, the thin places I have sought throughout my life, are minimal. When they have appeared, it’s pedestrian. Singing during worship. The occasional book or poem. Movies and television. Conversations that turn holy.

And of course, snow.

Over the past two weeks, Minnesota has outdone itself. We’ve had close to two feet, finally pushing us up into respectable levels of accumulation. In the height of one of those storms, my family decided to skip cooking and order a pizza. So I went out into it, the road slippery, but otherwise safe because I was alone on the highway. Returning with two boxes from a cheap carryout place. As I opened my car door, I was struck.

My neighborhood had gone quiet. The light felt different, a kind of middle ground between day and night. Everything felt new, yet familiar. I’ve lived through enough snowfalls to know these tricks, to know that it would all change tomorrow, the perfection of the fresh snow corrupted by tire tracks and higher temperatures.

I can’t say that I saw or felt or heard God, but I did pause. The pizza growing cold in my hands. My son yelling my name through the window, hungry and having no patience for any sort of theological or existential ruminations. All of it nothing more than a moment, something, if you’re not careful, you can completely miss.