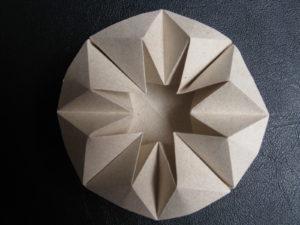 First seder, Passover 5778. Esther recalls climbing Mt. Pisgah in the early ’80s. She was in her fifties. Visiting her daughter and son-in-law at the time and first grandchild. What did I know about climbing a mountain? she says. I was from Driggs Avenue, Brooklyn. We were walking behind some other hikers, women older than me in heels. In heels! I thought to myself, when they turn back, I’m turning back. But they didn’t turn back.

I’m writing this on the 7th of Nissan, 5778; April 7, 2018. (Yep, I’m breaking the commandment, creating on the day of resting from creation.) Esther told her story on the 14th of Nissan, March 30. Esther turned back to the 1980s to bring her story of climbing Western North Carolina’s Mt. Pisgah back from the past.

The Haggadah, the text that guides us on our journey through the seder, demands that “in each generation, each person is obligated to see himself or herself (lirot et atzmo) as though he or she personally came forth from Egypt.” How far back do we have to go, those of us living in this pharaonic epoch, to experience the suffering in and coming forth from that Egypt?

Biblical scholars and archeologists, who generally agree that some version of the Exodus actually happened, place the date at either 15th century B.C.E. or 13th century B.C.E. How do we transport ourselves all that way back through time, place, and circumstance?

I’m turning back—history, personal and collective—to come forth. Torah, story, myth: free me to see who, where, how I am, how we are, and how we are. Turning back: a path to freedom?

A new king arose over Egypt, who did not know Joseph. And he said to his people, “Look, the Israelite people are much too numerous for us. Let us deal shrewdly with them, so that they may not increase; otherwise in the event of war, they may join our enemies in fighting against us and rise from the ground.” So they set taskmasters over them to oppress them with forced labor; and they built garrison cities for Pharaoh: Pithom and Raamses. But the more they were oppressed, the more they increased and spread out, so that the [Egyptians] came to dread the Israelites (EX 1:8-12).

Who does not know? I do not know: will any guests at our seder find their way, by following the map of the haggadah, to freedom. Kadesh (first cup of wine), Urhatz (washing of the hands), Karpas (parsley dipped in saltwater), Yachatz (breaking the middle of three matzos and hiding half of it), Maggid (telling the story)—we’re in the thick of it.

And what do my ancestors say, those nearer descendants of Jacob and Joseph in Exodus (14: 11-12)?

The climb is too steep, my legs too weak, the seder too long, and can I trust the vision of freedom, justice, equality, and love they say can be realized in this world, on this earth, the prophets and poets, the activists and rabbis and vocal throngs?

The minute those who have come forth before me turn back, I’m turning back.

But they’re not turning back.

They are free and they are walking toward freedom.

Though they may not have known it as they trudged behind their leader, the freedom they headed toward, those distant ancestors, was not merely freedom from slavery, freedom from brutal, punishing, unremitting work, freedom from a system in which they, proliferating outsiders, were perceived as a threat to Pharaoh and his people.

That was only Freedom.1. Freedom.2, or, better, call it Freedom.∞ [infinity] lay ahead. Because they did not turn back, they eventually arrived at the time and place of revelation. In their bones, in their blood, they knew what it had been like to belong to Pharaoh. And then, for an eternal moment, all two million refugees (liberated Hebrew slaves) experienced the freedom of belonging in God. They were God’s work, too, God’s creations.

Of course, that peak experience, like all experiences, extraordinary and mundane, was impermanent. So, God gave the Hebrews a system, that, when implemented, would create the conditions in with the descendants of those who stood at Sinai would experience the ultimate liberation of knowing themselves and all beings as part of the Divine again, and again, and again.

Esther made it to the peak of Mt. Pisgah that day four decades ago. Because the strangers in heels before her didn’t turn back.