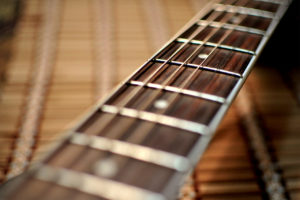 I love American Idol and could hardly wait until this spring when the show was revived after a two-year hiatus. I’d watched it all through the previous seasons: those judged by Paula Abdul, Simon Cowell, and Randy Jackson; those when Kara DioGuardi stepped in; the stints of Steven Tyler, Mariah Carey, and Nicki Minaj; the reigns of Harry Connick, Jr., Jennifer Lopez, and Keith Urban.

This penchant isn’t easy to admit. My friends are mostly highbrows—educators, writers, and lawyers whose favorite resting pastimes are reading The New York Times or the latest Pulitzer Prize-winning novel, going to the opera or the theatre, listening to NPR or jazz, and watching PBS. I’ve never had the courage to confess to them that I’m an Idol fan.

What’s the attraction of the show? Am I a wannabe diva who needs a fix of vicarious fame? Is my life so gray and dull that I need Idol’s glitz to glam it up? Do I wish to mock the contestants who’ve been deluded in thinking they have talent? Do I need a demonstration that even the down-and-out can win?

The fact is that, to me, there’s nothing more exciting than watching people discover their vocations. They glow, bringing warmth and light to everyone around them.

Vocation. It’s a concept I didn’t understand when I was young, when I chose to practice law, meeting the dictates of my father and flouting my own yearning to teach English. The upside of that choice: money and prestige. The downside: depression and tempestuousness that the upside couldn’t compensate.

Vocation. It’s a notion I first began to grasp when I chose to quit the law and become a high school teacher. The upside: elation and serenity. The downside: poor pay and status that the upside more than balanced out.

Vocation. What does it mean?

Vocation is an early Christian concept that has evolved over time and been embraced by many. The word derives from the Latin vocare, meaning to call, which in turn means to cry out for the purpose of summoning a person.

To the early Christians reading Genesis, though, to call meant something more. They noted that by calling light day and darkness night, God brought day and night into being and gave each a way to serve the world, a way that was good. And they reasoned that with humans God does likewise: when God brings people into being, he calls each person by name and summons each to a special path of service, a path that is good.

Many people use the term vocation to refer to work, job, or career, but according to Jesuit James Martin, vocation is much broader.

Work is the labor we do in order to complete a task; a job is the situation in which we do our work; a career is the long-term series of jobs we take on in a lifetime.

Our vocation may include all three or none of these, but always overarches and extends beyond them to include not just doing but being. The many facets of our vocation are unique to each and every one of us, and they change over a lifetime, some lasting for years, others for an instant.

Rabbi Zalman Schachter-Shalomi, referring to the Hindu tradition, notes there are four ashramas—stages of life—each including its own facets of vocation:

Householder—when people marry and have children (or not), take part in community life, and work for sustenance.

During a certain period, then, your vocation may be to study music education at Boston University, to sing on Sundays at Trinity Church, to head out on August 2 to take part in Idol’s Boston auditions, and to dial 911 at 10:23 am when a skateboarder whizzes by you, falls, and breaks a leg. The next minute or day, the next month or year, your vocation will be different, in small ways and maybe big.

Both Hillel, an ancient Jewish sage, and Jesus gave the answer: Your vocation is to be a person who loves your neighbor as yourself.

Simply speaking, then, your calling is to love others. But if you’re like me, you’ll find this tenet too fuzzy to be helpful. You’ll want specifics for each moment of your life. And that’s where things become difficult. I’ve learned that to garner the specifics, you must listen for God’s voice.

In the Bible, there are many people who hear God’s voice: Abraham hears it directly, Moses through a burning bush, Mary through an angel, Peter from Christ.

Calls, according to modern thinkers, though, rarely come in words. Fr. James Martin says that most calls come internally, through the workings of the Holy Spirit. Rabbi Abraham Joshua Heschel notes that they come through our thoughts and through signs we must learn to perceive.

Preacher Oswald Chambers states that calls come in gradual dawnings. Educator Parker Palmer says we have an inner teacher that calls within our minds.

For me, though, the most useful formulation comes from the sixteenth century, when Jesuit Ignatius of Loyola proposed that God calls us through our desires. Unlike many people, who equate desires with obsessive cravings for material objects and sex, Ignatius viewed desires as manifestations of God’s voice.

This makes sense to me. At root, the wish for things is good; we need food, clothes, and shelter to survive. Likewise the urge for sex: without it we’d become extinct. If God calls us to love, he must first call us to live, and in his wisdom must have wired us to desire what we need to do both.

An earlier version of this post appeared at Good Letters on May 1, 2015 as “American Idol, A Guide for Hearing God’s Voice: Part 1.”

Jan Vallone is the author of Pieces of Someday: One Woman’s Search for Meaning in Lawyering Family, Italy, Church, and a Tiny Jewish High School, which won the Reader Views Reviewers’ Choice Award. Her stories have appeared in The Seattle Times, Good Letters, Faith & Values in the Public Square, Catholic Digest, Guideposts Magazine, English Journal, Chicken Soup for the Soul, and Writing it Real. She lives and teaches writing in Seattle and Rome.