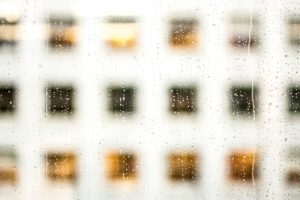 Mother’s world is not a house; it’s an apartment. Mother’s house is a heart.

Mother sits on the sofa of one of the modest rooms in the house, an iPad in her hand, a television on the wall before her. These days, the television is the main way the world enters her room—a volcano, a racist slur, a royal wedding—and Facebook the main way she ventures out into the lives of family and friends who grow away from her these days.

The world is withdrawing from mother, but not her sons. One floats on the ocean, and the breeze that ruffles the water says nothing that a breeze wouldn’t say to anyone who lost a wife at fifty to ovarian cancer and who is soon to remarry. One squeezes his intelligence into code that drives a global corporation. One grieves for the loss, the inevitable loss, of mother’s house even as he enjoys the comfort of her company in her house. Her sons regularly text, visit, call. Mother, at age eighty-seven, strains to see beyond her sons to the worlds they have created, traveling on their words, facial expressions, and emojis. She’s adventurous even as her world has grown small.

Meanwhile, father sleeps. Father wakes. Father speaks over mother, who is also speaking but in a softer voice. From his chair, father at ninety-one, commands the room, inviting cousins, uncles, and aunts long gone into the room. Father invites neighborhoods changed and changing into the room. Neighborhoods, cities he has known from working trade shows, joining in family rites of passage.

Though they live at the same address, where they receive mail addressed to one or another of them or to them jointly, father’s house isn’t mother’s house. Mother’s is a mobile house, while father’s is a house that struggles with a walker to move a few yards forward, sideways, back. Though father’s house isn’t a computer, his is a house of abundant memory and precise directions: to the urologist, the cardiologist, five favorite restaurants. Father thrives in a turning lane, making the light…

Early Saturday morning. It’s raining on the chaise lounge outside mother’s house. They’re still resting; they haven’t yet opened their eyes to see if anyone will come to them today.

My high school, five miles from mother’s house, doesn’t remember me. My first serious love turns her grief into vivid streaks of art that she sells at art fairs, charity benefits, somewhere not too far from mother’s house. She and mother are Facebook friends. She and I are, too. Metallic notes no longer bend away from the powder blue Fender Mustang, my first guitar, in the high school gymnasium, the community center, or the basement of mother’s house. She lives on one level now, my mother. Father, too.

All the years that have led me to this visit, on May 19, 2018, have lined up along the road to mother’s house, inviting me to process (not in academic regalia, thank God) down the lane, making eye contact with the swim club lifeguard of 1962, taking the syllabus of 1973 into my hands for a moment before continuing past 1981’s stations (Hi Speed Line) between my bed in Haddonfield and my office in Philly at 16th and Locust, and on to this year’s madness, viciousness, divisiveness, and lies which follow me right into the living room of mother’s house.

A house of patience and pain. Conception, endurance, decline. And, of course, love, sometimes clenched, sometimes released. All theirs. All mine.