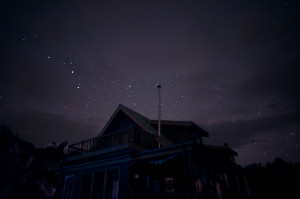 Poet Anya Krugovoy Silver passed away on Monday, August 6, in Macon, Georgia, at forty-nine. Image was honored to print a number of her poems over the years, and we are all grieving this loss.

In the words of her friend, the poet Tania Runyan:

Anya didn’t want to be a hero or a fighter. She didn’t want to be told that she would “be going to a better place.” Her faith wasn’t gilded with platitudes, and, above all, it wasn’t plaited with pink ribbons.

Anya’s faith was fierce—fierce enough to wrestle with raw, honest doubt as she watched friend after friend die from metastatic breast cancer. She was an ardent advocate for research, when, in the midst of all the “pinking,” as she called it, her disease got lost in the conversation.

As she literally took one day at a time as a professor, wife, mother, and friend, she composed some of the most beautiful and wrenching poems of her generation, showing us how to love in the face of mortality.

Her loss has shocked and saddened us, and while it’s hard to know how to grieve, living among her lines seems a good place to start.

Tenderly as one cradles a bowl of water,
he embraced me, and we rose upwards.
Black as night, first mother of songs,
he opened my mouth and images thronged
around me: some pressed themselves
like kisses or worn lace against my arms,
while others I only glimpsed in wing-beat.
Strong as any lover who had caressed me,
he let me sink back into his feathered body
and all the words of his messenger’s heart
resolved into chants and burning candles.
Taut, like wires that support high crosses
on Moscow’s golden domes, he held me.
When I began weeping, he caught my neck
and shoes in the spacious expansion
of his enormous wings, then set me gently
down in my home, among the sleepers,
and dawn drove a pen into my hand.