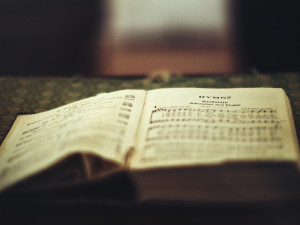 When I select a poem to review from Image’s archives (Do online subscribers realize what a treasure trove lies at their fingertips?), I try to find a piece that connects with current events, the liturgical calendar, or the season. I also look for a piece that is accessible yet not obvious, well-crafted but not exhibitionist.  Since it is early November, when we roll time back one hour, trying in small ways to adjust the darkness of winter, Lisa Williams’ poem “Adjusting to Darkness” caught my eye and rewarded my reading on all counts.

The narrative poem begins with the speaker’s consideration of  “nothing,” and immediately the line’s double entendre draws the reader in. What is nothing? Is it equivalent to the “darkness” in the title? Intriguingly, the poem never repeats the word “darkness” again. Rather, the speaker refers to the “nothing” that generations of her maternal family, via their religious “kinds of certainty” (l.5) and practices, “refused” (l.2). The repetition of the word “nothing” (ll. 1,2) evokes Robert Frost’s frequent use of the indefinite pronoun “something”: “For Once, Then, Something”; “Choose Something Like a Star”; “Something there is that doesn’t love a wall.” The link between “nothing”, “something” and “darkness” seems to be reinforced by the poem’s epigraph “…something in the sight/adjusts itself to midnight.”

Just as we cannot be certain what Frost or Dickinson meant by “something,”  neither can the reader be sure the poem’s “darkness” equates with nothingness. The poem’s diction—“void”, “bodies/…lined up”(ll.5, 10,11)—and the image in the final stanza associating a bedtime ritual with life’s final sleep suggest that “the nothing” the grandmothers refuse is the finality of death. The image of the grandmother’s eyes “upholding…/ …the ivory horizon”(ll.24, 25) beyond the biblical text she has read before falling asleep refers the reader back to the Dickinson epigraph, where “sight adjusts itself to midnight.” Is the grandmother’s faith a refusal to define death as an eradication of everything?

Perhaps the speaker understands darkness to be “not knowing” rather than “not anything” (“nothing”), but whatever the author intends, I relish the poem for its skillful and compelling narrative, its discomfort with “certainty,” and, especially, for the way it ends. As a poet, I would give my grandmother’s Bible to have written that final line.

or something in the sight
adjusts itself to midnight….
—Emily Dickinson

For a while, I’ve been considering nothing.
The nothing my grandmother refused
and my grandmother’s grandmother,
all of them stretching back
through the void with their kinds of certainty
bracing the light of the stars.

In the Methodist church, my grandmother
opened her hymnal, her lips opening
with the surge of voices in the chamber,
the bodies of church members
lined up on either side of her like piano keys,
their mismatched pitches
staggered and chimed.

I like to think of her eyeing
brass candlesticks at the altar
and a minister’s black and white cloth,
the minds around her
all thinking about the same thing
or trying to—a harmonious trying,

and to think of her reading pages
of the Bible in bed before she turned
off the lamp and turned to sleep,
her hair on a pale blue pillowcase,
her eyes upholding the tarnished
gold edges, the ivory horizon
behind words after they closed.